Consumers hate it, newspapers love it, and phone networks enforce it. But the hefty cost of using your phone abroad is about to change in a big way.

Update: The EU has finally scrapped roaming charges (as of June 15, 2017), which means UK mobile customers will no longer have to pay exorbitant fees for using their minutes, texts, and data abroad in European Union countries. Instead, you’ll simply use up your UK allowances, and if you go over those, you’ll pay your standard UK operator rates.

In 2015, the European Union announced plans to lower the price cap on roaming charges, starting on April 30, 2016.

Better still, the EU also decided that in 2017, roaming charges will finally be banned across all 28 EU member states. Hurray! That decision has now gone live, and you no longer have to pay such fees when roaming abroad in the EU.

But the phone network business is complicated, and trying to reform it is no mean feat. You’ve probably got plenty of queries about how the changes will affect you, however. Not least of which is how Brexit will affect the ban on roaming charges. Does being out of Europe mean paying more for our calls abroad again?

Here are the answers to some of the most pressing questions about EU roaming charges.

How much did roaming cost previously?

Before April 30, 2016, the maximum charges for UK customers roaming in the EU were set at:

While those costs sound small, they can quickly add up. For instance, a 60-minute episode of Line of Duty on BBC iPlayer takes up 320MB of space, costing you £57.60 at the old maximum price. That’s why it’s no surprise that the EU has decided that abolishing these fees is the best thing for continental consumers. 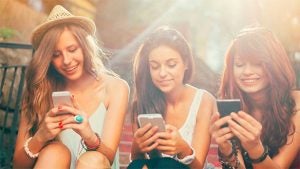 Here’s a picture of people using their phones, in case you weren’t sure what that looked like

How much cheaper did EU roaming become?

Roaming across the EU became cheaper on April 30, 2016. It was a temporary measure that was meant to tide us over until fees would ultimately be abolished in 2017.

The new maximum charges for UK customers roaming in the EU after April 30, 2016 were set at:

That means the maximum cost of outgoing phone calls and using internet data abroad was reduced by just over 70%, as of April 30. For context, downloading an hour-long programme on BBC iPlayer will would’ve cost you £16, down from £57.60.

Roaming was already free, if you knew where to look. Both Three and Tesco Mobile offered free roaming in a wide range of European countries (and beyond). Other networks have been slow to follow suit, unfortunately.

But as of June 15, 2017, roaming charges were abolished across all 28 member states of the European Union.

This means that if you have a UK tariff, you can go to any EU country and use your phone to make calls, send texts, and browse the internet, all without having to pay an extra fee.

Speaking to TrustedReviews in 2016, Oliver Topley, Three’s Head of Market Insights, said: “We’ll probably be better placed [than other UK networks], because we’re already at a level where we’re already incurring those costs. It will be worse for others than it will be for us.”

At the time, Three said it was already lobbying the EU to bring down the cost that European phone networks can charge for international piggybacking – the wholesale fees – to help reduce the sting of the 2017 transition.

Can I shop around Europe for a UK tariff?

If roaming is free in Europe, the continent turns into a single market for phone networks. After all, if you can buy a SIM in any EU country, and use it in any other EU country without an added cost, it makes sense that you might want to look for the best SIM deals beyond UK borders. All of a sudden, all of the countries in the EU will be competing on price.

Except that’s not exactly true, and here’s why.

The EU has plans for a Fair Usage Policy. That’s a term you’ll have already heard when buying ‘unlimited’ data from phone networks and internet service providers. Most of the time, you’re not really getting ‘unlimited’ data; it’s usually capped at what a network deems is ‘fair’. 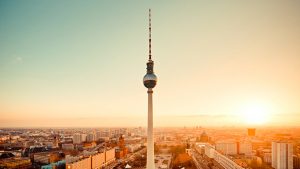 You might be picking up your next phone tariff in Berlin

The EU could apply this to Europe to make sure the whole continent doesn’t turn into a pricing battleground. So when you’re roaming abroad, you might not be paying extra for the luxury, but you will face a cap on minutes/texts/data at some point.

That cap hasn’t been decided yet. It could be really low – think 50 call minutes, or 10MB of data – or it could be really high. If it’s low, then you won’t be able look abroad for a cheap tariff abroad, because your usage will be too heavily capped in the UK. But if it’s high, you’re going to be able to shop around, which means tough business for Europe’s phone networks.

Will there still be ‘shock’ bills?

Unfortunately, despite free roaming being marketed as a killing blow for ‘shock’ bills, it might not work out that way.

As we mentioned earlier, the EU is working out fair usage caps for roaming. That means you’ll still be able to go over those caps, and that makes for two possible outcomes. 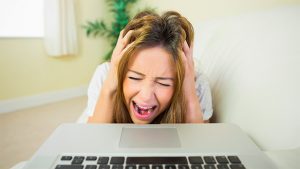 The first option is that you’re charged, if you cross your data allowance while roaming, you’re smacked with a fee.

The second option is that your network cuts you off when you hit the cap, and gives you an opportunity to buy run-on minutes/texts/data.

It’s possible that the EU might enforce roaming legislation that means you can’t accidentally run over the cap, which would put an end to shock bills. But if that doesn’t happen, we’re likely to see headlines about massive phone bills from usage abroad continue.

You may have noticed that the UK recently voted to leave the European Union, meaning that pretty soon we will no longer be beholden to its rulings – circa 2019, anyway.

The abolition of roaming charges is a decision made by the European Union. As such, UK networks in a post-Brexit Europe could decide to scrap plans to make roaming free, which is bad news for customers.

So now that Brexit is an inevitability, how likely is it that UK networks will keep up roaming charges? It, along with so much else in these post-referendum days, is up in the air at the moment.

Topley tells us that while phone networks could backtrack, much of the groundwork has already been laid for the transition. That means it could be more effort than it’s worth to scrap EU plans so late in the game.

“My understanding is that the arrangements that exist at the moment will be in place for a while, and actually if we are going to leave the EU then it will take a lot of time to unwind those regulations,” Topley explains.

In a statement sent to TrustedReviews, uSwitch telecoms expert Ernest Doku said: “As for the impact Brexit might have on roaming, this is still unclear, though any plans to revert back to a world of roaming at an extra charge would likely be unpalatable for consumers, and so seems  an unlikely manoeuvre. The challenge for those providers who might want to steal a march will be in their ability to remain flexible in handling any changes resulting from Brexit. It’ll also come down to how quickly they can broker deals in other countries ahead of the rest.”

He added: “Either way, all signs point to worry-free global roaming becoming a new battleground – and potential point of confusion – amongst providers.”

Of course, no one really knows how phone networks will react to Britain leaving the EU, us included. All we know is that once we’re out of Europe, UK phone networks won’t be forced to offer free roaming.

Have you ever been hit by a ‘shock’ bill after using your phone abroad? Tell us about your experience in the comments below.