Epic Games have fans have been frustrated and confused, following a bug that prevented players from accessing their store.

Epic Games have apologised following an issue that saw players stuck on the “preparing the Epic Games Launcher” screen. Here’s how you can get it sorted…

There are a couple of ways to fix this. Firstly, on Windows, you’ll need to exit the Epic Games Launcher completely.

Then, right-click your Epic Games Launcher shortcut and click ‘Properties’. Then at the end of the target line, (this is the field simply marked ‘target’,) add the command line argument -usehyperthreading.

Epic Games have recommended this as the best fix for the launch issue.

If you’re looking to fix the same issue on Mac, the advice is similar. You’ll need to exit the launcher entirely. Open your Terminal and type: “open /Applications/Epic\ Games\ Launcher.app/ –args -usehyperthreading” and press Enter.

Epic Games said: “If this method resolves the issue, you will probably see a pending update in the settings. Once the client restarts and is patched to the fixed version, then you can remove “-usehyperthreading” from your command line and continue to launch normally.”

There are alternative methods that, again involve leaving the launcher and taking two slightly different routes on Mac or Windows. The image below shows Epic games advice on tackling both scenarios…

So far, these are the only available fixes for the issue. Hopefully another update will turn up soon to rectify the issue, but Epic Games have not been quite as responsive as some gamers had hoped.

One or two fans, (or perhaps ex fans?) took out their frustrations on social media. One called it “by far the worst bug” to have affected their gaming experience and said they’d been struggling for almost two months with the issue.

We haven’t heard from a huge sample of players regarding the issues, but clearly it has been widespread enough for Epic Games to respond. Let us know if you have encountered the issues and if these fixes are working.

The Epic Games Store has been a hit with games developers since launch because it offers them a larger percentage of the revenue generated from their games, compared to the dominant PC games store, Steam. The graph below, from PCworld.com, shows how the Epic Games store has attempted to change the market. 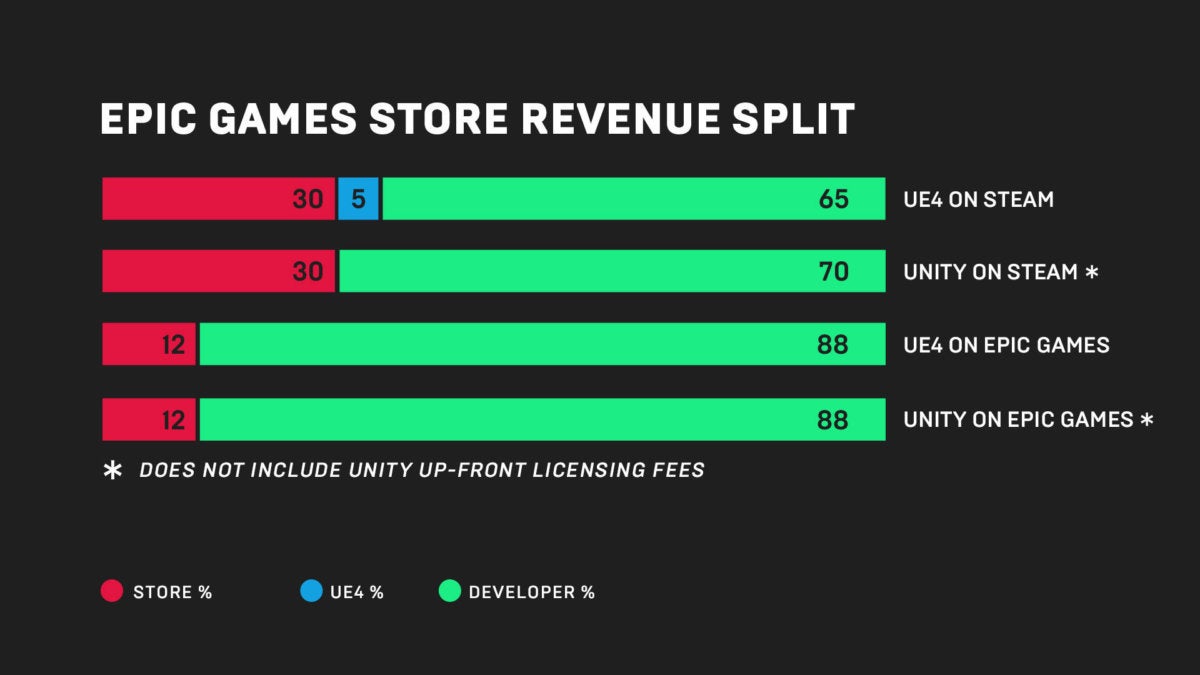