Ever since rumours emerged about a collaboration between renowned Dark Souls creator Hidetaka Miyazaki and Game of Thrones author George R. R. Martin, the unsurprisingly large intersection of gaming and fantasy fans have been on tenterhooks.

Well – at E3 2019 – we got our closest look yet at the anticipated collaboration known as Elden Ring.

Trusted Reviews has brought together all the newly revealed details you need to know about Elden Ring from all the latest news, release date, gameplay, trailers and more after its showing at the Xbox E3 2019 Briefing.

Before the week of E3, we weren’t quite sure we would hear more about FromSoftware’s next game at the event. However – less than 24 hours before Microsoft was set to take the stage in LA – we found out more about Elden Ring from a leak.

The leak was reported on by notable games industry analyst Daniel Ahmad (@ZhugeEX). The big reveal from the leak was the name itself.

We were also treated to a trailer. However, neither the FromSoft trademark eery voiceover or the visuals provided a whole lot of information on the game. Thankfully, Xbox released an interview with Miyazaki to coincide with the reveal and it was full of Elden Ring-goodness.

What is Elden Ring – is it actually Dark Souls 4?

Elden Ring will see the FromSoftware team return to creating a Bandai Namco-published game. The studio’s previous outing – Sekiro: Shadows Die Twice – was published by Activision. All of the previous Souls games and Bloodborne saw FromSoftware work with Bandai Namco – so it is truly a return to the norm for the studio.

Despite the development partnership returning to what fans are used to, Miyazaki seemed keen to stress Elden Ring was a new type of game and not Dark Souls 4 in his interview with Xbox.

“We wanted to create a new dark fantasy RPG full of things we weren’t able to do in the Dark Souls series” stated Miyazaki. 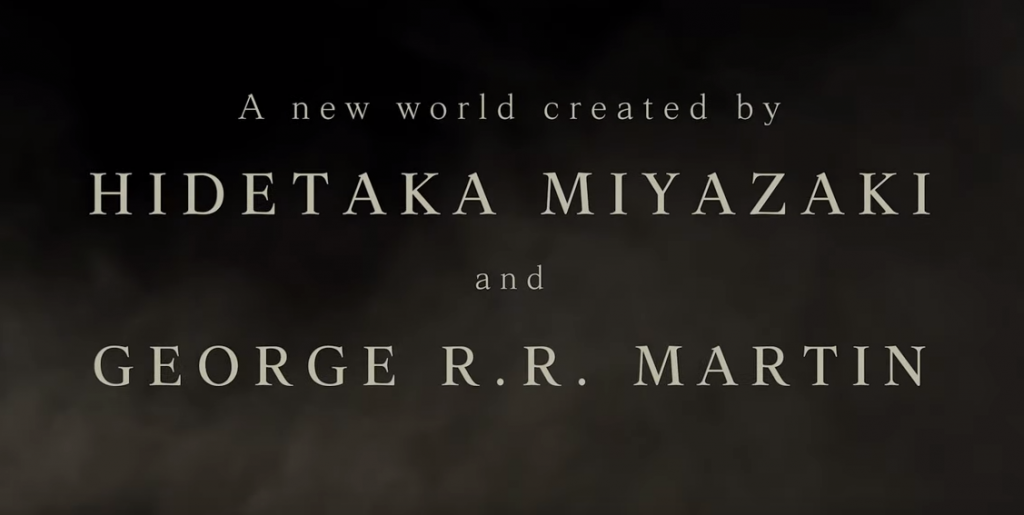 Elden Ring release date – when is it coming out?

During the Xbox E3 Briefing itself, we received no release date nuggets from Miyazaki – not even something as vague as Project Scarlett’s “Holiday 2020”. That doesn’t mean we can’t speculate.

The release dates of recent FromSoftware games have been rather erratic so it’s hard to point to any obvious release window for Elden Ring by looking at its history.

Dark Souls 2, Bloodborne and Dark Souls 3 were all released one year after the other around March of each year. However, it was then three years before Sekiro: Shadows Die Twice – with PlayStation VR title Deracine released in between.

Elden Ring trailer – how does it look?

Not a whole lot was expected from Elden Ring’s presence at the E3 this year due to the lack of known information about the product at this early stage. So the trailer relied on cinematics and a haunting voiceover to set the tone of the game:

Elden Ring gameplay – how does it play?

From the Xbox E3 Briefing, we are none the wiser about the gameplay in Elden Ring but – once again – the Miyazaki interview comes to the rescue with some fascinating revelations.

First off, those who found that Sekiro: Shadows Die Twice just wasn’t for them can rest easy. Miyazaki says: “Unlike Sekiro, which has a heavy focus on action, Elden Ring puts more focus on RPG elements. Of course, we are not shying away from the fun of responsive melee-based combat, and these elements will be present as well.”

Miyazaki also looked to separate the project from Dark Souls too: “Even when compared to the Dark Souls series, I believe this title will provide even more variety in the ways for players to overcome challenges and tweak their tactics when facing enemies.”

Finally, on the game’s open world: “the scale of the world and its narrative, as well as the depth and freedom of exploration, have increased dramatically [compared to previous FromSoftware games]. It is without a doubt our biggest title yet in terms of sheer volume.”

What do you want to see from Elden Ring? Let us know on Facebook and Twitter @trustedreviews or email the editor below.