Infamous leaker Edward Snowden has designed an iPhone case and most of you can probably guess what it does.

The former CIA employee, whose disclosures revealed intricate details of global surveillance programmes, has taken time during his Russian excursion to work on plans for what he’s calling an ‘introspection engine’ that prevents snooping.

Snowden worked with hardware hacker Andrew “Bunnie” Huang on the iPhone 6 case, which can detect when your phone is transmitting data when it’s not supposed to. 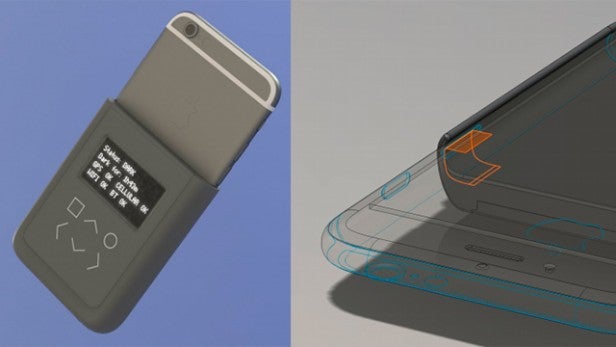 At this point, the pair have only come up with a concept, but have managed to publish a paper detailing the case design.

So, how does it work? Well, the device features probe wires that connect to the SIM slot and access the phone’s antennae. This allows the case to monitor when a signal is being transmitted. A built-in display on the case itself then shows when a transmission is detected.

There’s also an alarm which alerts you when the phone is snitching on you, and the case would be capable of disabling all radios on your phone to prevent whichever nefarious organisation you suspect from knowing where you are.

Whereas Airplane mode, which also disables all radio signals on a phone, is susceptible to hacking, Snowden and Huang’s device will ensure all signals are turned off and your phone doesn’t give you up to the authorities.

The idea behind it all is to protect journalists and political dissidents and alike, who will likely require such a device more than the average citizen.

As the duo writes in their paper: “Front-line journalists are high-value targets, and their enemies will spare no expense to
silence them. Unfortunately, journalists can be betrayed by their own tools. Their smartphones are also the perfect tracking device.

“…This work aims to give journalists the tools to know when their smart phones are tracking or disclosing their location when the devices are supposed to be in airplane mode. We propose to accomplish this via direct introspection of signals controlling the phone’s radio hardware.

“The introspection engine will be an open source, user-inspectable and field-verifiable module attached to an existing smart phone that makes no assumptions about the trustability of the phone’s operating system.”

Snowden and Huang expect to have a working prototype before the end of the year and plan to work with supply chains in China to build iPhones that incorporate the case as standard.

What do you think of Snowden’s latest project? Let us know in the comments.