Amazon has announced a new Echo Show 10 smart display with a radical redesign and a display that follows you around the room.

The new Echo Show 10 is the 3rd generation of the smart display and looks a little like a Fire tablet affixed to an Echo speaker – rather than the boxy previous design that was more akin to an old CRT television.

Related: What else was announced at the Amazon Alexa event?

The reason for that massive design shift is the display, which moves dynamically so the screen is always facing the user. So, if you’re cooking in the kitchen and moving between the worktops, the 10.1-inch HD screen will intelligently move to ensure you get the best viewing angle. Likewise if you’re making a video call.

This headline new feature is similar to what we’ve seen from the Facebook Portal line of smart speakers, which are designed specifically for video calling.

“We’re able to do all this with a combination of audio beamforming technology and computer vision all processed locally and securely on the device’s neural processors,” Amazon said during its Devices & Services event, promising the data is not sent to the cloud. 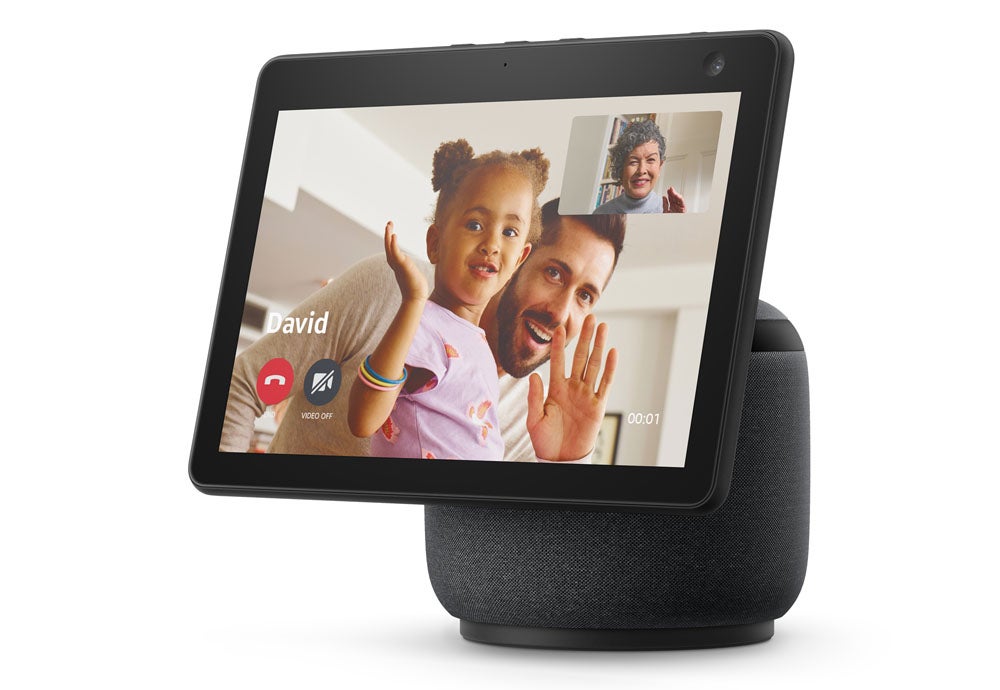 The company says the Echo Show 10 isn’t following a specific person, just a human shape, and the device’s motion is powered by a “silent motor” according to Amazon. And, thanks to the redesign, there’s now directional sound too.

Amazon said the new Echo Show 10, which is available in black and white, makes video calling easier because “the screen moves with you and the camera digitally pans and zooms to keep you and your family centered in the frame.” The firm is also adding a Group Calling feature, making it easier to keep in touch with more people, with up to 8 members supported.

The new device can also be used as a security camera so to speak, with users able to remotely check in and use the rotating display to pan around the room. There’s also a shutter enabling the camera to be turned off, while the motion tracking can disabled too.

Beyond that, Amazon announced that Netflix is coming to all Echo Show devices soon, which comes after the recently announced availability for Google’s Nest smart displays.  Also announced at the event was a new Echo speaker, a redesigned Echo Dot and Fire TV devices.

Amazon plans to sell the new Echo Show 10 for £239. Pre-orders in the US start today with availability before the end of the year. Amazon UK is listing the device as coming soon.