Electronic Arts is once again holding its EA Play event this year during the busy week of E3 2017 to announce a selection of new games and finally show off some massive blockbusters.

TrustedReviews is at the event and has compiled everything you need to know. Below are all the announcements and trailers as they happened.

2100: That’s a wrap! Electronic Arts are closing out the conference with a full-length match of Star Wars Battlefront 2 featuring a bunch of famous internet personalities. The 20v20 battle is a perfect way to catch the game in action. If the commentary isn’t your thing, just go ahead and mute it.

2056: We have the reveal trailer! John Boyega has a special message for the crowd about Battlefront 2. His character, Finn, will be playable in the upcoming shooter.

All post-launch heroes, weapons and maps will be free for owners of Battlefront 2. No more ridiculously expensive season passes!

2048: Stormtroopers have taken to the stage! That means it’s finally time for Star Wars Battlefront 2. Things are kicking off with a proper look at the long-anticipated solo campaign, something sadly missing from the last title. Bridging the narrative gap between Return of the Jedi and The Force Awakens, players can expect an original story with all new locations and characters. Battlefront 2 will feature three times the amount of content with the return of split-screen co-op and all new planets, vehicles and heroes to play as.

2046: EA and Origin Access are free for the entirety of E3. This means you can download a selection of games and try them for free. PS4 owners will have to settle for a few free trials, though.

2042: NBA Live 18 has been announced with its first trailer. Little was shown, but players can try it out for themselves when a free demo drops in August. EA has introduced a new mode known as ‘The One’ that aims to provide an authentic NBA experience that will combine professional and street-based gameplay. You can increase your skill and obtain new gear by moving up the basketball ladder.

2039: Anthem, Bioware’s new IP has been introduced with a stunning new trailer. It doesn’t reveal much, and we’ll be seeing a full reveal at Microsoft’s E3 briefing tomorrow.

2038: We’ve been given a small taste of how Madden NFL 18 will look on Microsoft’s Xbox Scorpio. It’s hard to judge them properly with nothing more than a few screenshots, though.

2028: EA Originals, a new indie development programme, was introduced last year. EA has been overwhelmed, having receiving hundreds of pitches since launching the initiative. A new title known as ‘A Way Out’ has been introduced, developed by the minds behind Brothers: A Tale of Two Sons. Judging from the trailer, it focuses on two brothers as they escape from prison and adjust to a troublesome new life. It looks brilliant.

The game is designed with split-screen co-op in mind, although it can also be played online. It seems it’ll be impossible to play on your lonesome, as you’re expected to make decisions and solve puzzles together. Now we’re being guided through a few distinct gameplay scenarios which can be solved and approached in many different ways. It’s coming Early 2018.

2023: Now we’re talking about Ghost Games’ Need for Speed Payback. The developers are out on stage talking about the storyline and how it will make big changes to the iconic formula. Playing as three different characters, each of them will bring their own unique playstyle to the table. According to EA, it’s “the most diverse open world ever made” in Need for Speed. Oh, and we also have a new gameplay trailer!

2020: We have our first look at The Journey Season 2. Alex Hunter is back in FIFA 18 with dastardly challenges and massive leagues to conquer. Rumours are rampant that the star-studded footballer may be transferring, and the media is all over him.

2015: FIFA 18 finally takes the stage. Once again running on Frostbite, Real Madrid’s Ronaldo has been motion-captured to ensure maximum realism in the new football sim. He is the cover star, after all. Men in Blazers have taken the stage to chat about the game. You can check out the gameplay trailer below:

2013: Electronic Arts has plans to launch the largest FIFA League ever later this year. Players can represent their favourite teams and athletes while competing alongside their friends. Now we’ve got a fancy sizzle reel of talented e-sports stars strutting their stuff.

2009: New ‘Night Maps’ are coming to Battlefield 1 this Summer. The upcoming expansion, In The Name of The Tsar, takes players to the war’s most brutal fronts with six new maps, new playable units and more. Operations mode is also being expanded with new conflicts and assignments.

2003: EA CEO Andrew Wilson takes the stage to talk about the publisher’s vision for the future, noting that across the next three days fans can go hands-on with a bunch of new games. The next hour will go deep into 8 new experiences.

2000: We begin with a squad of US footballers surrounding the stage to the tune of Madden NFL 18. We’ve got a new trailer providing us with a glimpse at the game in action, depicting what appears to be a new story mode known as Longshot.

EA E3 Press Conference Livestream – Where can I watch it?

As usual, you can watch EA’s conference through its YouTube and Twitch channels. 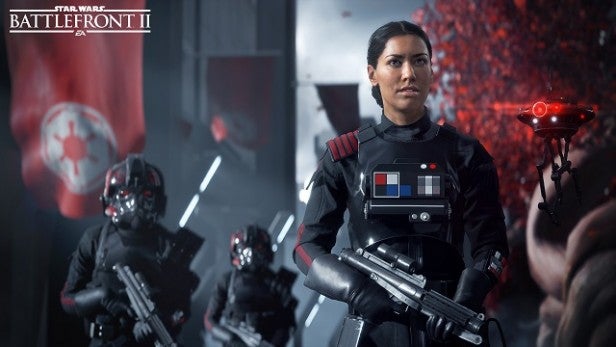 What did you make of EA’s announcements? Let us know in the comments.