“Microsoft has shoved the ball firmly back into Sony’s court. Many thought Sony was playing a winner by letting Microsoft go first with the new console announcements, but the reveal of Project Scorpio makes Sony look like it’s playing catch up. Monday has kicked off with a bang”

What a breathless press conference. So much announced, so much to talk about. We’ll have details on the Xbox Scorpio shortly, so stay tuned.

“Microsoft has shoved the ball firmly back into Sony’s court. Many thought Sony was playing a winner by letting Microsoft go first with the new console announcements, but the reveal of Project Scorpio makes Sony look like it’s playing catch up. Monday has kicked off with a bang.”

THIS IS HUGE. The ultimate Xbox console. It’s a 4K console. It’s a console with 8CPU cores and 6TFLOPs of graphical power. This will put it into the range of high-end gaming PCs, meaning it’s also ready for high-end VR experiences. It’ll be available during the holiday season of 2017.

Microsoft was very clear that “nobody gets left behind”, if you don’t want to upgrade you’ll still be able to play the games released on Xbox on your older console.

The story? This time around you’ll be fighting The Banished: a huge army that’s never been seen before in Halo. It’ll be available Feb 21st 2017. There’s a beta on Xbox one RIGHT NOW!

A highly popular indie game taken under Microsoft’s wing, this is a big deal.

The trailer shows some gameplay, including customisable bases, melee combat and emotional cutscene moments. There’s going to be online co-op for the first time, which could be incredibly fun.

Announced last year, we get a new trailer for Rare’s co-op pirate game. The trailer didn’t show any actual gameplay, and was instead a freezeframe runthrough a battle. However, we’re now being treated to a gameplay demo.

We watched a few YouTubers learning how to run their pirate ship. Some of them immediately downed their rum and got drunk, while others set sail. Honestly, it looks like absolutely insane fun.

BIG BOSS FIGHTS: A new trailer for the delayed Scalebound, with some huge dragon-like creatures and a massive crab. Hit those weak points! We see the protagonists riding his dragon, shooting fire at said crab creature in what looks like a seriously fun piece of co-op action.

Trusted Games Editor Brett Phipps: “While looking very pretty indeed, the actual gameplay of Scalebound doesn’t look all that impressive. movement appears clunky and the flight and combat doesn’t seem particularly engaging. For a platinum game I was hoping for much more.“

What we’ve all been waiting for. Frank West is back in a Christmas-themed trailer.

Scenes from inside a mall, new vehicles including a zombie-shooting car, and what looks like car based on a set of refrigerators. Frank is also using a Windows Phone. What a fanboy.

Coming early 2017, we see a new trailer and a bit of gameplay, with some extremely cool looking new moves. The new story mode goes between standard fighting and cinematics, which will add a bit of depth to Tekken.

Xbox Live Gold members are getting a free copy of Tekken Tag Tournament 2 via backwards compatibility.

The game inside The Witcher 3 is getting a standalone release. There are four factions in this card game, which will offer four different styles of play with strengths and weaknesses.

Trusted Games Editor Brett Phipps: “I spent far too long playing Gwent in The Witcher 3 than I’m willing to admit, knowing there’s a standalone game of it is excellent news. It’s strange that it’s coming to console and PC though, seems a much better fit for mobile devices. I’d be happy to play it on my commute, not sure if I’d sit in front of my Xbox and play for more hours, though.”

Looks inspired by 1984 story inspired by Brave New World. It looks like an oppressed society who all have to take a drug called Joy to keep them behaving properly. Your protagonist appears to be having an awakening, refusing to take his Joy, and is finally seeing the world for what it is. It’s incredibly creepy. Brett Phipps says it has a bit of a “Bioshock vibe”, which seems fairly accurate.

You’ll be able to design your own controllers with unique colours, engravings, buttons and analogue sticks, much like Moto Maker. It’s called Xbox Design Lab.

Texture packs are coming to mobile and Windows 10. 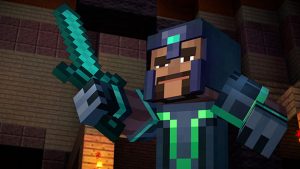 Brett Phipps: “Really impressive that John Carmack can get his auto-cue inside his VR headset, a new possibility of the technology we never even knew existed”

New features incoming this summer: Background music while you’re gaming, language region independence so you can choose your language no matter where you’re based. Cortana is coming to Xbox.

Clubs: create your own community of players with the same interests, globally or locally.

Looking for Group: set your status as looking for a group and you’ll be able to post a ‘classified-style’-ad to find a clan.

Arena: A new competitive gaming platform. Will be interesting to see which games will support this. FIFA has been confirmed already.

October 13th release date for EA Access players, a week before everybody else. We already knew this.

New expansion for the Division, short trailer, not too many details. More later.

Some single player gameplay on stage, with a HUGE monster fighting with our protagonists in an unfriendly-looking volcanic area. Most of the demo showed the player getting absolutely destroyed, so it wasn’t the finest demonstration of what you can do in the game. Despite that, the player and his gang were able to destroy the big dude’s arm in a fairly cheesy cutscene. Hmmm…

A mostly cinematic trailer for Recore, which is coming in September. We’ll have more on this later.

Buggies, deserts, beaches and mountains. The new Forza trailer is pretty epic, as far as racing game trailers go, although I’m not convinced about watching a hypercar drifting on the beach.

There are some great-looking tracks and environments with some fantastic weather effects and gorgeous lighting. There’ll be off-road buggy-ing, big fat trucks and, apparently, a guy sitting in a Jeep hanging from a helicopter.

Four-player campaign co-op has been confirmed, with drop-in and drop-out multiplayer.

Trusted Games Editor Brett Phipps: “Forza Horizon is always one of the most fun racing games around, and seeing the variety of terrain in the third entry in the series shows it looks to continue that trend. This game is stunning on PC in 4K. Having played GT Sport, this already looks so much more fun and engaging.”

A new character is arriving in Killer Instinct, General Raam from Gears of War. Free to play this week.

New details on the Gears of War campaign with a new gameplay trailer. Lots more knee-high walls, aliens and chainsaws built into guns. Marcus Fenix is also back, looking older and more grizzled than ever. Also confirmed is a new Horde Mode. I can imagine there are going to be some very happy people watching the conference right now. There’ll also be a Gears of War-themed Xbox One Elite trailer. Pretty cool.

Trusted Games Editor Brett Phipps: “Gears of War 4 looks gorgeous. It’s incredibly impressive that the game looks this great on Xbox One. Everybody always expects the generation’s best-looking titles to be on PS4, but this looks stellar”

Another big announcement: a new scheme that means when you buy a game digitally, you get it both on Xbox and on Windows 10. This says a lot about the company’s One Microsoft strategy, with its platforms converging into one big Windows 10 mass. More on that soon.

Trusted Games Editor Brett Phipps: “The Play Anywhere initiative is also another sign that Microsoft wants to make the gaming platform ubiquitous across console and PC. It’ll be interesting to see if you can buy a physical copy and get the same benefit of having the free PC version at no additional cost”

IMMMEDIATELY off the bat, Microsoft has unveiled the slim Xbox One S. It looks absolutely fantastic in its white colour scheme, there’s no power brick and it’s compatible with HDR games, when they start to arrive. There’s also a new controller with better connectivity and increased range.

It’ll be available in August.

When is it Microsoft E3 2016 press conference?

Microsoft will hold the first conference of the event on Monday, June 13 at 9:30am PT/5:30PM BST.

Where can I watch it Microsoft E3 press conference?

The conference will be livestreamed on Xbox.com, Twitch and available to watch on your Xbox One and Xbox 360 via the Xbox Live Events app. 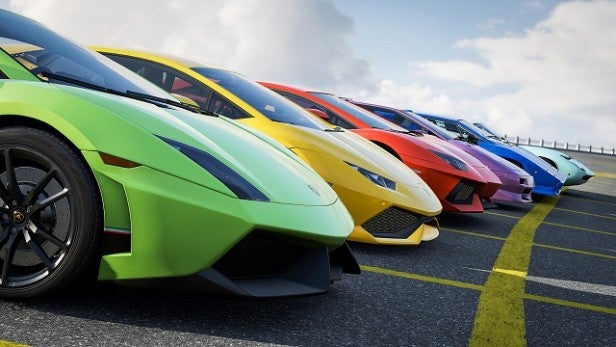 What would you like to see from Microsoft’s E3 conference? Let us know in the comments.