Dyson has announced the new V15 Detect vacuum cleaner, which helps users take a forensic approach to cleaning up dirt and dust.

The new cordless vacuum cleaner projects an angled laser in front of the cleaning path, shining light on dust particles that are less visible to the naked eye. The green laser will give folks the satisfaction of knowing they’ve snagged the hidden dirt, while ensuring remaining muck stays highlighted.

The company says the £599/$699 cleaner is “capable of detecting, removing, sizing and counting microscopic dust for scientific proof of a deep clean.”

Effectively, the laser is akin to the UV light used by forensic crime scene investigators to spot substances and often fluids (ew). So, you can play make-believe CSI: Miami, instead of doing boring old vacuuming. The feature was actually inspired by the way previously invisible particles will show when exposed to sunlight, the company said.

While it is improving the V15’s detection abilities, the new feature is backed by the ability to size and count the particles it inhales, displaying them on an LCD (below). 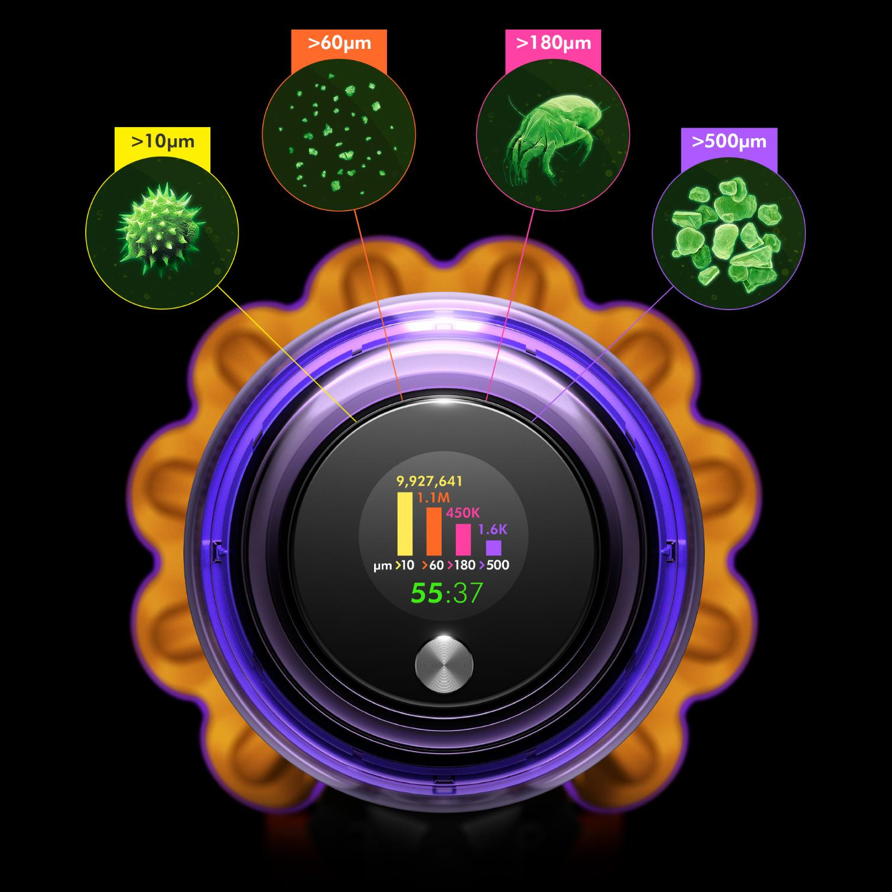 In the announcement, Dyson says: “Our latest vacuums use adapted laser technology to reveal hidden dust, integrating a diode laser into the cleaner head that is precisely positioned at a 1.5 degree angle, 7.3mm off the ground to create the best contrast between dust and floor.

“We don’t think detection is enough, so we remove and meticulously size and count the particles 15,000 times a second using an acoustic piezo sensor which converts vibrations into electrical signals, displaying precisely the size and number of particles sucked up on an LCD at the back of the vacuum.”

The Dyson V15 Detect is already available in the United States and is coming soon in the UK. There’s no news on precisely when it will arrive, but it’s unlikely to be very long.