Dyson has claimed the top prize in two categories at the TrustedReviews Awards 2016, with its 360 Eye vacuum winning the prestigious Vaccum Cleaner of the Year award. The company also won the award for Small Appliance of the Year with its super-light, super-fast Supersonic hair dryer.

Speaking about the Dyson 360 Eye, Reviews Editor Alastair Stevenson said: “Simple to use and powerful enough to give a small flat a thorough clean, the Dyson 360 Eye is the only robot vacuum cleaner Trusted’s ever wholeheartedly recommended.

“Which is why it’s no surprise Dyson’s tiny automaton has stolen this year’s best vacuum cleaner award.”

Dyson took vacuum cleaning to new heights with the 360 Eye, prompting us to conclude it had produced the ‘best robot vac ever’.

When we got our hands on a review model, we were astonished by its vaccuming abilities, remarking: “It’s powerful enough to clean well on all surfaces, smart enough to navigate efficiently, and simple enough for anyone to use.”

It’s this combination of methodical cleaning and ease-of-use that make the 360 Eye an easy recommendation, and a thoroughly deserving winner of the Vacuum Cleaner of the Year award. 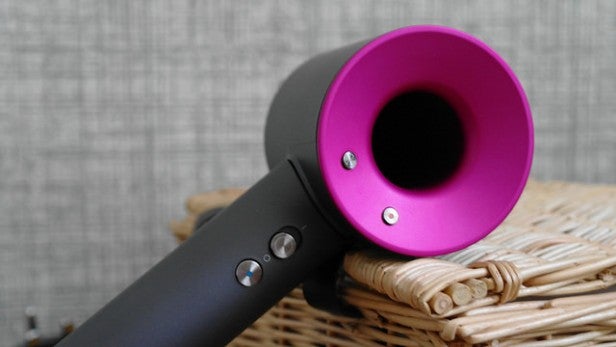 The Supersonic features its own, specially-designed digital motor, which is stored in the handle, making the dryer itself completely bladeless.

Dyson’s continued commitment to innovation has certainly paid off this year. The company not only claimed two awards on the night, but had two products nominated in the vacuum category, with the Dyson V8 Absolute also listed.

But it was the 360 Eye that won out in the end, defeating the impressive Shark NV680UKT to claim the top prize.

Let us know what you think of Dyson’s triumphs in the comments.