DriveClub is the social racing game for the PS4 from the team behind World Rally Championship on the PlayStation 2 and the MotorStorm franchise that appeared on the PS3.

Originally a launch title for Sony’s new console, a UK release date has been set for the 10th of October 2014 alongside a DriveClub PlayStation Plus edition that will be free to play and make all games modes accessible.

There is a single player mode but DriveClub is really about racing friends and competing challenges online. After EA impressed with its socially driven Autolog feature in Need for Speed: Most Wanted, developer Evolution Studios has had extra time to give all sections of the game an extra polish.

See Also: DriveClub will ‘live or die’ on the community says developer 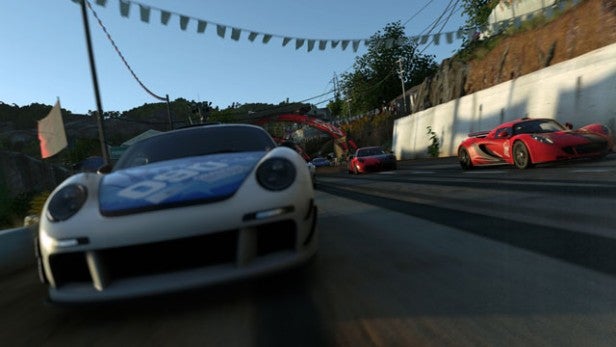 We actually got our first look at DriveClub back in 2013 and the stunning next-gen visuals definitely impressed even if the concept behind the game didn’t 100% convince us at the time. You can read more in our extensive hands-on of DriveClub but here’s a taster of the kind of first impression the PS4 game left at the time:

“While trailers promise stunning next-gen visuals, the build on display at E3 looks less impressive; not a huge leap on from current-gen driving games, and certainly not a match for Forza 5, The Crew or Need for Speed: Rivals”.

DriveClub Release Date: When is DriveClub coming out?

DriveClub was supposed to be the PS4’s answer to Forza Motorsport 5 on the Xbox One but like InFamous: Second Son it was pulled from launch alongside the new console. The key reasons reason for the multiple delays it seems was that the team behind the game felt the social features needed work and it had to go “back to the drawing board” to make it a “great game”.

Now Sony’s Evolution Studio has confirmed a DriveClub UK release date for the 10th October 2014. That’s roughly a year later than expected, so will it be worth the wait?

Let’s have a look at the features that Sony hopes will make this racing game a truly great one. 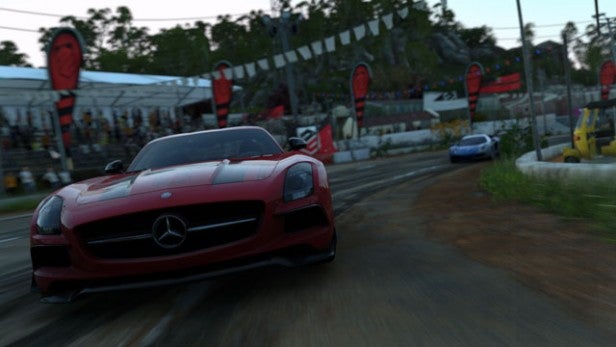 DriveClub News: What we know so far

DriveClub is a PS4 exclusive

Sorry Xbox One owners, this is strictly a title for PS4 gamers. There’s no love for the PS3 either and will actually be the first game from Sony’s Evolution Studios to appear on the PS4.

New game director Paul Rustchynsky revealed that while the initial plan was to get the game running at 60 frames per second, 30fps would actually serve the game best. Running it at this framerate means the team could “deliver the most detailed cars in-race that you will ever have seen”.

Rustchynsky added: “It’s allowed us to create some of the biggest tracks you will ever see in a racing game, with the most visually-dense environments, as well as a full global illumination system which allows us to make time of day, where shadows are cast, [and there are] full-on reflections. It’s allowed us to push all those various areas”.

Real-world locations and pimpin’ your ride

Having spent some time with a more complete version of the game, we now know that there will be 55 courses spread across Canada, India, Chile, Norway and Scotland. As is customary with most racing games, you will be able to customize cars in the garage, whether it’s giving it a lick of paint or improving the hardware under the hood. 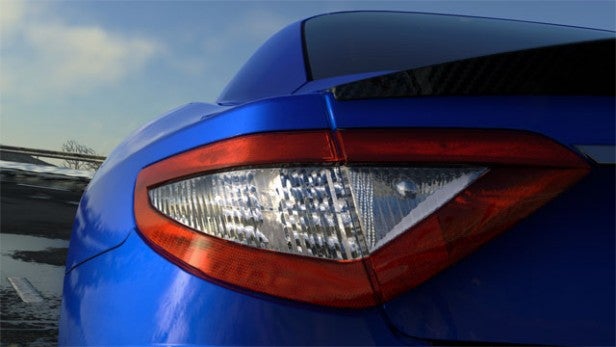 There will be microtransactions

Yes there will be microtransactions and Game Director Paul Rustchynsky has gone into more detail on how they will work in an interview with IGN explaning:

“In DriveClub you earn Fame, and as you earn Fame, you level up. Every time you level up, we give you another car. There’s no double gating or anything along those lines, you’re given the car straight away without having to do anything else. The only thing we do have is a couple of shortcuts.”

“If you want to unlock a car immediately, you can pay to unlock that car straight away but it’s not a consumable microtransaction. We don’t let people buy Fame, for example and spend lots and lots. The idea is if you want to shortcut things you can do – it’s identical to what we did in Motorstorm RC. So if you played that, you know what we’re doing here.”

In the same interview with Rustchynsky he also announced that the Volkswagen Golf GTI, Hennessey Venom GT, Pagani Wira and Mclaren P1 would be included in the full car roster which is expected to be announced nearer to launch.

There will be a DriveClub iOS and
Android app available which will allow you to view teammates
performance, watch races live and set challenges from your phone or
tablet. 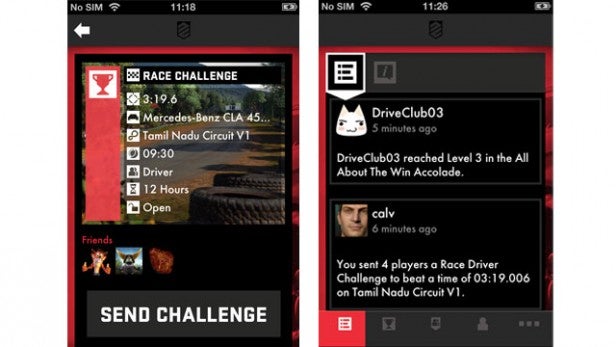 It’s good news if you are a PlayStation Plus owner because there will be a DriveClub PlayStation Plus edition. Free to subscribers, you’ll be able to race at one location (India) with 10 cars available and all game modes available to play. The main reason it’s being made free is to help build up an online DriveClub community.

If you upgrade from the PlayStation Plus edition and your subscription runs out, you will still have access to the full game which wasn’t initially the case when first announced. The situation has since been clarified via a tweet from the official PlayStation Europe Twitter account.

To upgrade to the full version of the game it will cost £42.99, which compared to the expected £50 Blu-ray disc price is definitely the cheaper alternative to owning it. If you are still wondering what exactly is different about the Blu-ray and PS Plus Edition versions of DriveClub, Evolution Studios has produced a video which you can see below explaining it all.

As mentioned there will be a single player mode and the option for 2-12 player multiplayer action. DriveClub isn’t simply about winning races. It’s also about completing the ‘face-off’ challenges that pop up while you’re driving around the track.

You might get hit by a drift challenge, encouraging you to slide around the next few corners, or a speed challenge, requesting that you hit the highest average speed, and you’re always being compared to a clubmate racer on a rival team. You can also set up custom challenges and earn DriveClub fame for posting record times or pulling of amazing drifts.

Clubs are obviously a key part of how DriveClub works. You can set up your own adding up to 12 drivers or join an existing one if you don’t have enough friends. By joining a club you can enter more races, gain more in-game currency and earn bonuses. When you head into DriveClub Live, you can then access special events against Clubs from around the world and enter weekly tournaments.

Don’t expect Gran Turismo levels of realism. This game has more arcade racer leanings so it’s going to be closer to Need for Speed and there’s no car upgrading to keep you busy off the track. Only a handful of videos showing off the DriveClub gameplay have surfaced the best of which you can see below.

You can watch the first round of DriveClub gameplay videos below.

Looking forward to Driveclub? Let us know your thoughts in the comments below.