Coming to Android and iOS devices in Summer 2018

Bandai Namco is bringing the glory of Dragon Ball to mobile in style, adapting the visuals and substance of its console titles into Legends, an all-new game set to take advantage of Google’s innovative cloud technology. Legends pits you against AI opponents or players from all over the world in action that’s fast, frantic and incredibly accessible to dive into.

Legends can be played with just one finger, a testament to its simplistic controls and swift, easy to decipher battles. I only had a chance to try out a brief build of the game at a Bandai Namco event in San Francisco, granting me access to the following six characters: Super Saiyan Goku, Piccolo, Pan, Vegeta, Frieza and Nappa. They all packed a unique punch, each feeling special despite the scheme used to maneuver them.

Attacks are executed with a single tap of the screen or by using cards organised at the bottom of the display. Depending on which of these used you’ll deal varying amounts of damage. Some characters are vulnerable to certain techniques, meaning it’s important to form a strategy while tapping away endlessly.

Cards are specific to each character, meaning you have different skills at your disposal depending on who your top fighter ends up being. Whether additional skills can be unlocked and upgraded remains to be seen. Time will tell how these are surfaced, but we hope they’re easy to access and can’t be abused by players willing to pay their way to victory. 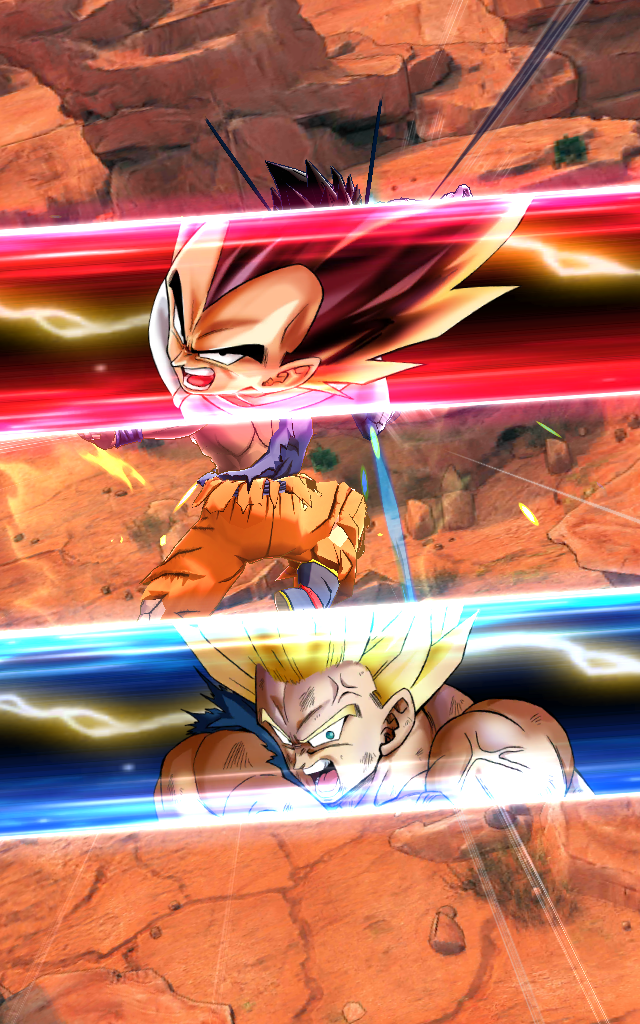 Of course, it isn’t just about tapping the screen, although it plays a pretty integral part. Throughout each fight, you’ll be surprised by a series of quick-time events that can completely change the outcome. One such instance has you timing your tap as you attempted to fill up a gauge parallel to the opponent. The victor will deal massive damage, hurling their adversary across the stage in spectacular fashion.

Another set-piece is ‘Rising Rush.’ It’s essentially a finishing move activated when you’ve managed to collect all 7 dragon balls. Sadly, this is more about spectacle than skill, with triumph coming from chance as opposed to quick reflexes. When performing the attack you’ll need to pick a different card from your enemy. If you don’t, the damage will be negated and you might just receive some yourself.

One of the defining features of Dragon Ball Legends is seamless global multiplayer. With the full experience, you’ll apparently be able to play against people from across the globe with no trouble at all. This is made possible by Google Cloud technology which was showcased during a recent presentation. I saw a player in San Francisco perform against someone in Tokyo, Japan and it worked surprisingly well.

How this will play out once thousands of players are participating at once remains to be seen, and will arguably make or break how Dragon Ball Legends is received by its passionate fanbase. 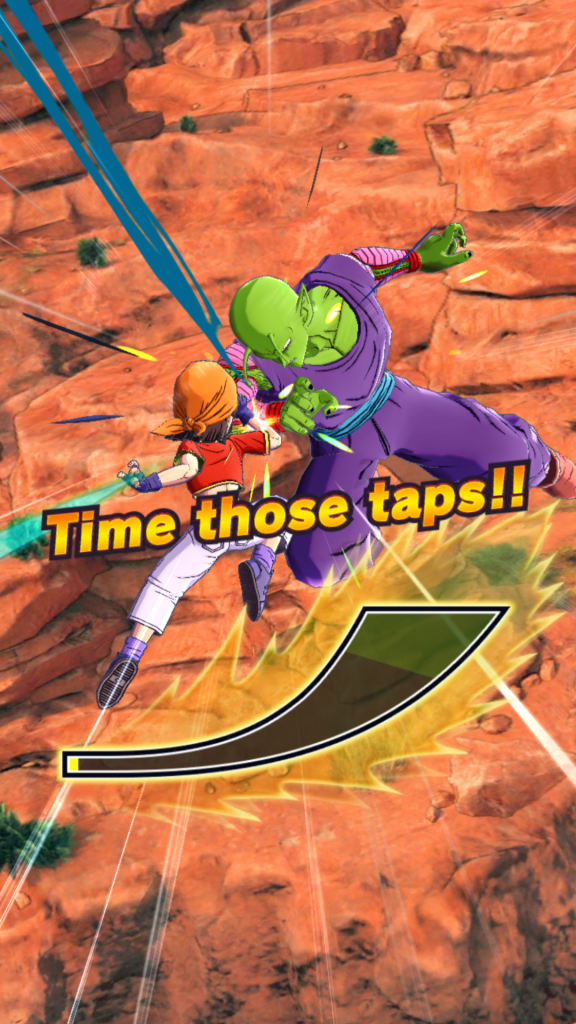 Movement is equally as trivial to tackle, requiring nothing more than a few careful swipes on the screen. Swiping forward will launch you toward the enemy, leaving them vulnerable to a powerful attack they can’t block. Sliding a finger to the left will either move you or execute a swift dodge, which is dependant on the speed of your gestures. It’s really intuitive, managing to possess a sense of impact other mobile fighters fail to deliver.

Bandai Namco told me that the key focus of Dragon Ball Legends is “accessibility” and that concept is definitely proven in the short demonstration I experienced. This isn’t trying to compete with the likes of Dragon Ball FighterZ, which has already amassed a colossal following amongst fighting fans. Instead, it hopes to appeal to more casual players or act as a palate cleanser for the aforementioned hardcore.

Dragon Ball Legends has the potential to be an excellent mobile fighter that makes creative use of an utterly massive license.

It’s simple controls and appealing combat system present a package I’m eager to uncover once it emerges later this year.

Bandai Namco and Google are simultaneously pioneering a revolutionary cloud technology while changing how we might approach fighting games on mobile going forward.

Bandai Namco revealed an abundance of new details regarding Dragon Ball Legends at a presentation in San Fransisco today.

Trusted Reviews was in attendance to soak up all the juicy details, including information on the release date, characters, and first hands-on gameplay.

Dragon Ball Legends will be launching for iOS and Android devices worldwide in Summer 2018. Pre-registration for the upcoming beta is now available on the Google Play and App Store, meaning eager players can sign up right now.

In terms of characters, during the presentation, we saw the reveal of Super Saiyan Goku, Piccolo, Pan, Vegeta, Frieza and Nappa. An original character designed by Akira Tokoyama himself was also unveiled.

Bandai Namco has announced Dragon Ball Legends, a new title coming to iOS and Android in 2018.

First announced at GDC 2018, Legends is an upcoming mobile experience that focuses heavily on PvP multiplayer.

Bandai Namco has said the game makes use of the latest cloud technology to allow for seamless multiplayer between players across the world.

This point was proven during a Google Developer presentation where a match was hosted between the San Francisco Moscone Centre and a developer in Tokyo, Japan. Trusted Reviews saw it all unfold in person. 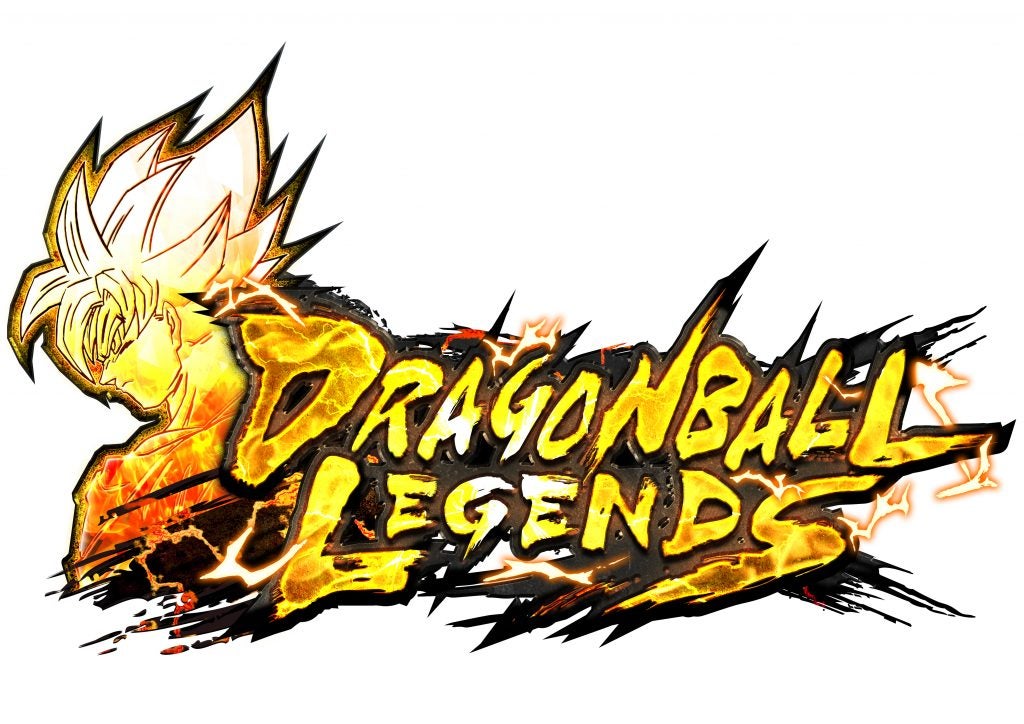 Watching a multiplayer session unfold in a relatively seamless manner with 5100 miles between each respective player was impressive, so hopefully, the full release is of a similar quality.

In terms of mechanics, Legends is played through the usage of cards possessing different abilities and power-ups. In a nutshell, it’s a simplified mobile fighter with three characters on each team.

From the gameplay shown at the conference, it seems faithful to the source material and should be a treat for hardcore fans.

Players shouldn’t need to worry about latency throughout long distance matches thanks to the Google Cloud platform, which apparently made the project possible.