A ‘DJI versus GoPro’ deathmatch almost sounds worthy of an explosive, Michael Bay directed trailer – and if you like action cameras, it’s time to grab some popcorn. DJI’s new Osmo Action has started an almighty battle, and the only winner is going to be us – the tech fans.

The Osmo Action is finally the direct rival to GoPro’s Hero 7 Black we’ve been waiting for. Not that it hasn’t been preceded by some very solid action cameras – the Yi 4K Plus performs well for the price, and Sony’s RXO II has a one-inch sensor – but none have had the polish and, most importantly, software skills to challenge GoPro’s position as the byword for extreme cameras. 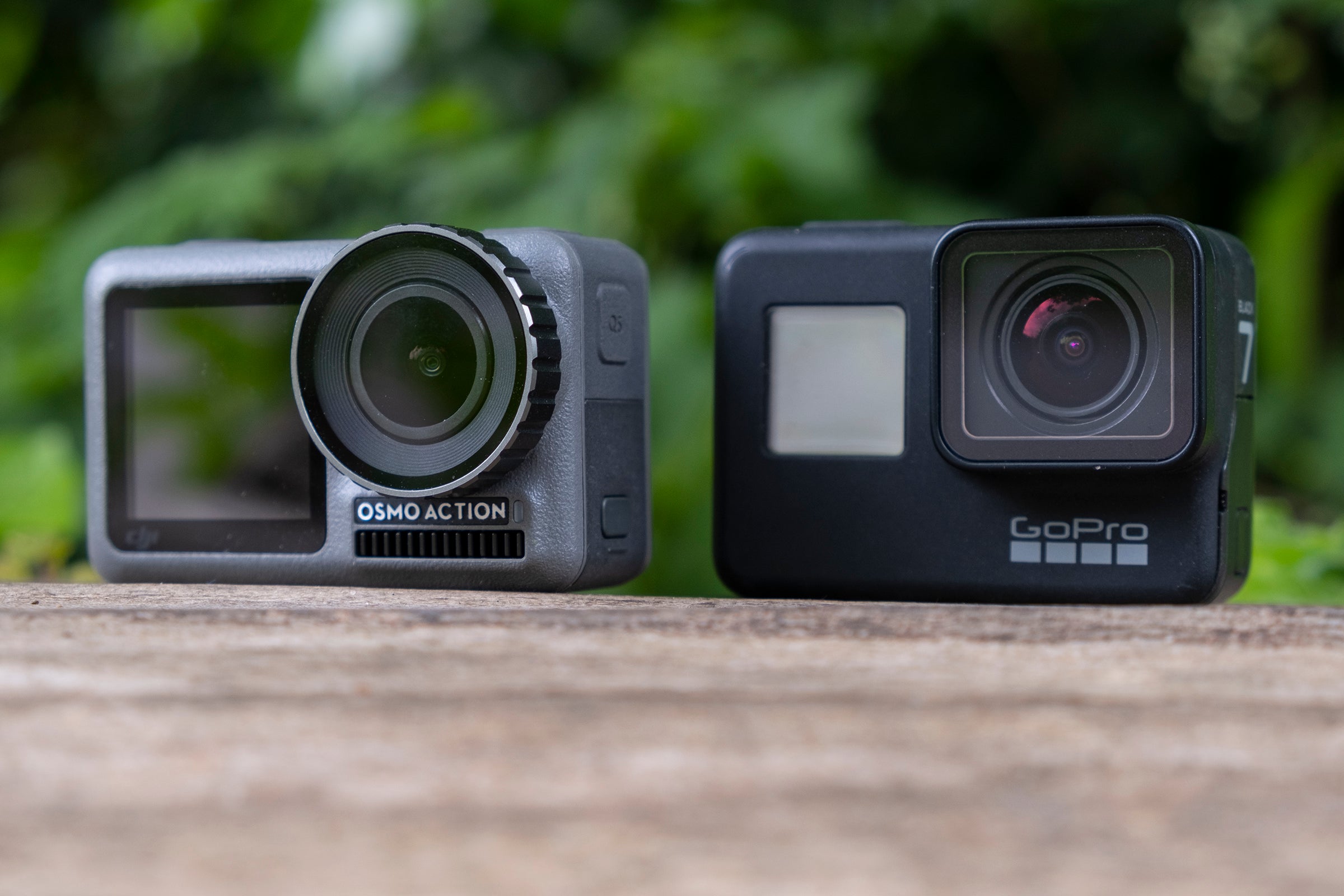 That’s important, because in the age of unbelievably capable smartphone cameras, action cameras can sound a bit clunky and redundant. That was certainly the case until a couple of years ago, when GoPro did two crucial things to resurrect these rugged little YouTube cams and make them relevant again.

First, it stopped trying to shoot down DJI in the air with its Karma drone by cancelling that flying GoPro. Then it focused its energy on making the Hero 7 Black a camera that’s genuinely covetable, even if you have a flagship smartphone in your pocket.

The reason why it succeeded (and set the company on course for its first annual profit in four years) was because of software, in particular its electronic image stabilisation called HyperSmooth.

It can be tough these days to stand out in the social media arms race, but the Hero 7 Black’s incredibly slick 4K video, and tricks like TimeWarp, make it a great weapon to have in your armoury. Particularly if you’re trying to film from angles and places that just aren’t suitable for a 6-inch slab of glass.

But the Hero 7 Black is no longer the only, or best, option for doing that. DJI’s background in making stabilised cameras and apps for its drones is perfect for making an action camera – and it’s built a brilliant one in the DJI Osmo Action.

This dual-screened vlogging machine also has superb electronic stabilisation (called RockSteady), 4K video quality and is fully waterproof without a case. It’s not perfect – DJI’s Mimo app certainly needs some polish – but with a price that’s £50 lower than its rival, the Osmo Action has just nabbed the number one spot in our ‘best action cameras’ chart. For now. If you’re looking to shoot video while skiing, skydiving or surviving the impending apocalypse, this is very good news. For a start, it seems likely to bring the price of premium action cameras down from the Hero 7 Black’s slightly lofty £379 perch.

It’s also going to take our filming options for adventure holidays and extreme staycations to the next level. Both cameras have strengths in different areas (read our DJI Osmo Action vs GoPro Hero 7 Black feature for details), so their tussle should spark a firmware arms race that refines today’s models. 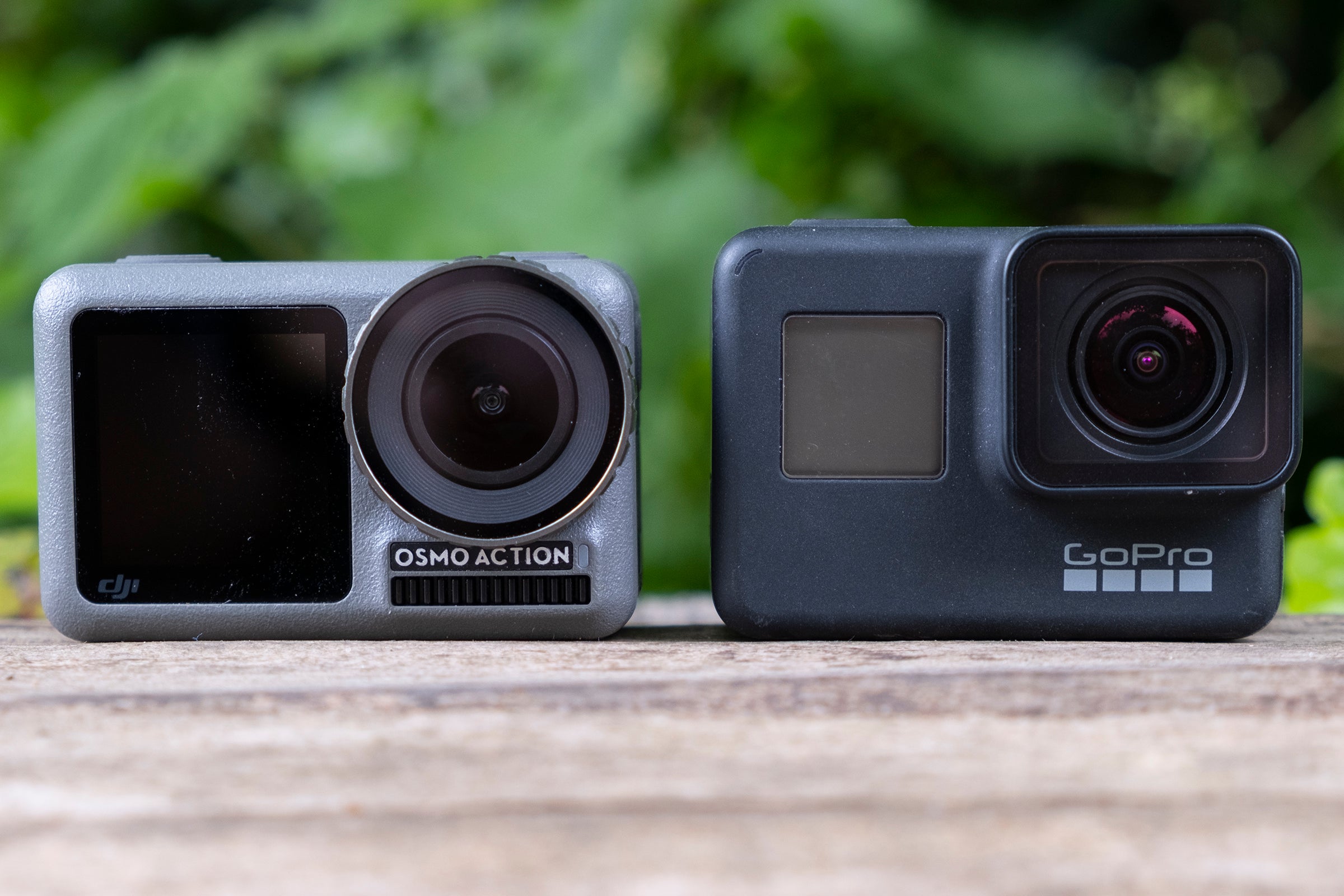 The thing that’s really exciting, though, is what this white hot competition will produce next. What DJI hasn’t done with Osmo Action is leap ahead of GoPro. That gives GoPro an opportunity to make the Hero 8 Black a really next-gen action camera, based on the lessons learned from actually having a competitor.

Whether or not it’ll be able to rise to the challenge isn’t yet clear. It’s still not quite out of the woods after its wobble a couple of years ago. One lesson it did learn, though, is the importance of regular product refreshes, so it seems likely that we’ll get a Hero 8 Black in September 2019.

The most obvious next step for action cameras is a move up to one-inch sensors for better dynamic range and low light performance. Sony’s RXO II is already there, but lacks the usability or affordability to go mainstream.

The technical challenges of bringing HyperSmooth or Rocksteady stabilisation to a large, 4K sensor means we’re more likely to see software and frame-rate boosts in a Hero 8 Black. Indeed, the rumours so far suggest a 480fps slo-mo mode and 4K video at 120fps are on the cards, along with an edge-to-edge screen. 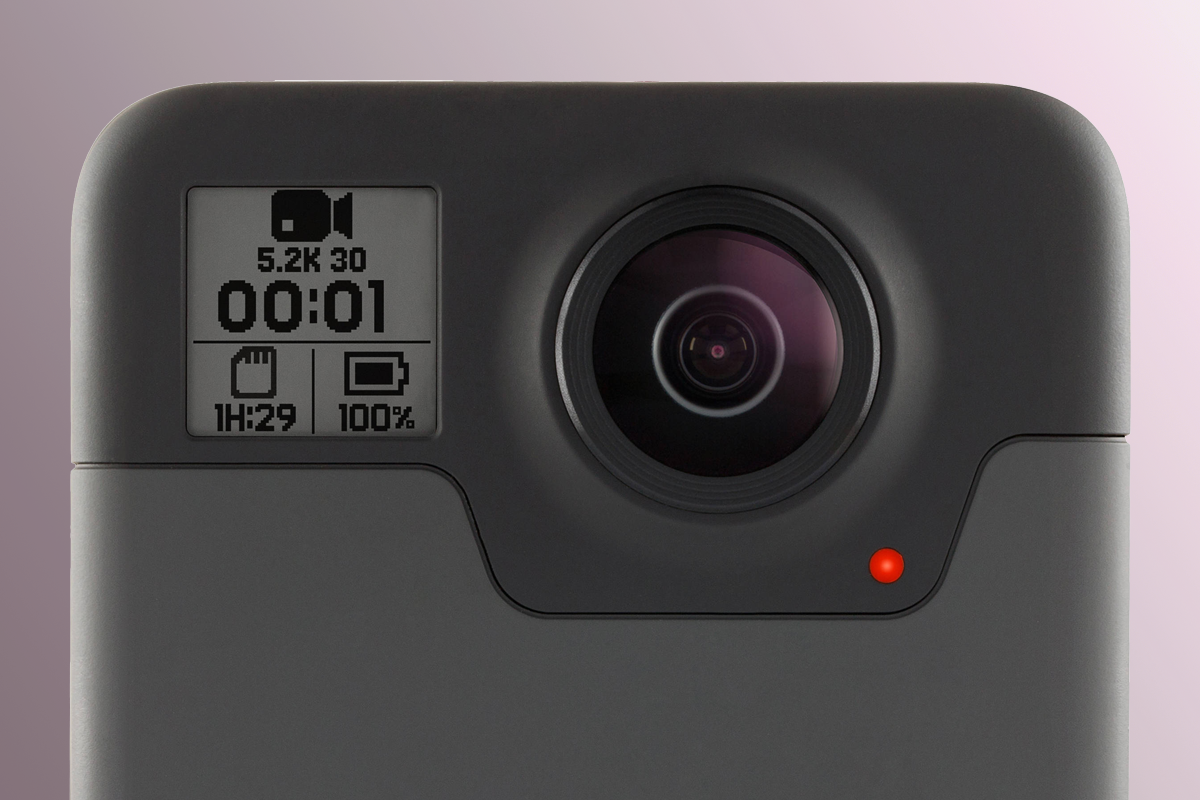 But something that shouldn’t be ruled out is a GoPro Fusion 2. In many ways, the GoPro Fusion has always been the next-gen Hero, and it received a big firmware update in January 2019, suggesting that it’s very much still a priority for GoPro. It’s also an area that we could see DJI move into.

The big benefit of 360-degree cameras, as shown by the promising Insta360 Evo, is being able to shoot an entire scene around you and later edit together a traditional ‘flat’ highlights reel, together with pro-looking camera movements, long after you’re back home.

If GoPro can bring some extra Hero-style polish and affordability to the Fusion, and perhaps tempt DJI into the game with a 360-degree Osmo, then this rivalry will really hit the next level. And so will our action videos.