DJI Mavic Mini: After months of speculation and a ton of leaks, DJI has finally confirmed its new “everyday FlyCam” aimed at attracting a wide market of first-time drone users.

2019 hasn’t been a big year for DJI drones – instead, the company has released intriguing products in other categories like the DJI Osmo Action and DJI Robomaster S1. 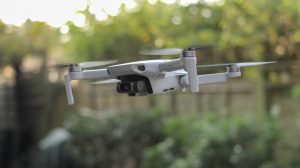 However, the release of the extremely interesting DJI Mavic Mini brings the focus right back onto the company’s flagship drone division.

Rather than creating a successor to the DJI Spark, it seems that DJI has taken a step back and reimagined how it can package professional-level features into an entry-level device.

We’re beyond excited to find out more about how the DJI Mavic Mini performs when it comes to usage and how it stacks up against competitors. Here’s everything we now know about the drone following its long-awaited reveal.

DJI Mavic Mini price and release date – When is it out and how much does it cost?

The DJI Mavic Mini will cost £369 on its own and you’ll be able to pick up the Mavic Mini FlyMore Combo for £459.

The FlyMore Combo comes with the Mavic Mini itself as well as an extra battery, propeller guards and a two-way charging hub.

The DJI Mavic Mini is available for pre-order now – ready for shipping in mid-November. 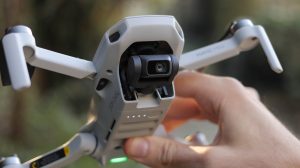 DJI Mavic Mini design – What does it look like and does it need to be registered in the UK?

The look of the DJI Mavic Mini won’t be a huge surprise to anyone who has been following the leaks, which have now been shown to be accurate.

The design is explained in the name – it’s a Mini version of the Mavic. It stands out from the DJI Spark in that the arms fold away – enabling the Mavic Mini to sit comfortably in the palm of your hand.

Before release, there were conflicting reports regarding the weight of the DJI Mavic Mini. Some reports suggested 245g while others said it would be over 250g – it turns out it is somewhere in the middle.

The DJI Mavic Mini weighs in at 249g – a number that avid drone users will know is significant.

The current weight threshold for a requirement for drone registration begins at 250g in the US and the UK is set to introduce a similar mandatory requirement for this weight from November 30. 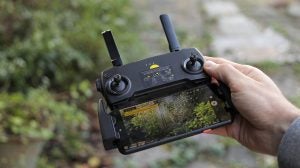 DJI Mavic Mini specs: Does it shoot 4K video and what sensors does it have?

The DJI Mavic Mini does not shoot 4K video – instead, the new drone’s video resolution chops top out at 2.7K footage.

At 2.7K, the Mavic Mini can shoot at 30fps while at 1080p it can shoot 60fps. The camera also supports 12-megapixel aerial photos. 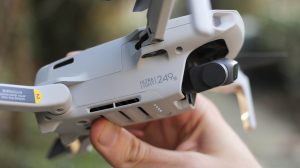 Away from the camera, the DJI Mavic Mini has a 30 minute flight time, GPS and Vision Positioning Sensors and a Return To Home function.

When it comes to safety, the new DJI Fly app offers a Flight Academy mode for educating drone users as well as displaying Geo Zones on a map to help you get to grips with drone regulations in your area.

The remote controller requires a mobile phone to be attached and offers HD video at a distance of up to 2km. The control sticks are also detachable for enhanced portability.