Ditto in Pokémon Go: Pokétrainers everywhere are hunting for Ditto, but how do you make the elusive Pokémon appear? Here’s all you need to know about Easter eggs and unlocking legendary Pokémon.

Pokémon Go has been out long enough for trainers around the globe to fill up their Pokédexes with all manner of rare beasts. But while the game has an impressive line-up of Pokémon to hunt and capture, it’s still missing a few.

As of this moment, you can capture 142 of the 151 Pokémon that made up the first generation of creatures. 141 are available worldwide, and depending on which country you’re in, you’ll also have access to one of three, region-specific Pokémon.

But that still only makes 145 beasts in Pokémon Go overall. That’s because the legendary creatures, i.e. Mew, Mewtwo, Ditto and the three birds – Articuno, Moltres and Zapdos – are unavailable at this point.

We’re expecting to hear more about how these legendary Pokémon will be introduced in the near future. What makes Ditto particularly interesting, however, is that dataminers have already discovered it is technically possible to capture him (it?) based on the game’s code, whereas the other legendary Pokémon are entirely absent from the game at this point.

And when you combine that with the fact that developer , you can start to see why the internet has become filled with various theories on how to make Ditto appear.

Before we get into the more intriguing of these, here are a few theories which have already been disproved as actual methods of making Ditto appear.

Ditto is unique among Pokémon, as it’s the only creature that can take the form of whichever Pokémon it’s facing in battle. As such, the internet has, of course, provided us with a range of ingenious-sounding but ultimately bogus ways of tempting Ditto out of hiding.

Related: How to play Pokémon Go: Tips and tricks to become a Pokémaster 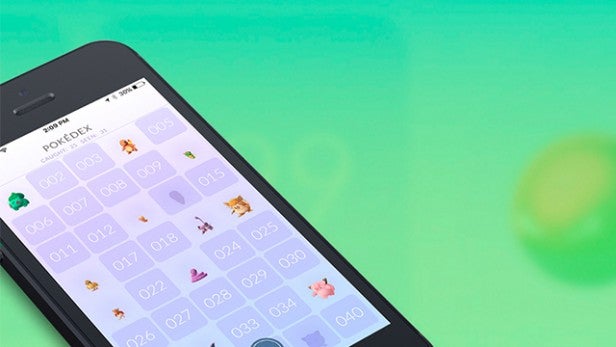 First of all, you can’t simply name a Pokémon ‘Ditto’ in order to transform it into the desirable beast. There’s also a rumour that if you press and hold the Pokéball icon to access the menu, then drag your finger to one of the four menu items, you can change the icon colour. While this is true, changing the colours in the right order has been said to make Ditto crop up, but as of right now, there’s no evidence to back this up.

Trying different interactions with the starter Pokémon has proven to be similarly fruitless, although you can use a neat trick, detailed in our ‘How to find, hunt, and catch rare Pokémon‘ guide to get the much-desired Pikachu as your starter.

And finally, in what might be the most obviously false method, you can’t use the in-game camera to scan special QR codes that unlock Ditto.

If you want to test out some of the theories for yourself, or you’re planning on going on an extended Ditto-hunting session, check out these battery packs, which should ensure you don’t run out of charge at the moment he finally shows up:

So, is there actually a way of making Ditto appear?

While there seems to be a bewildering amount of phoney theories floating around, one enterprising individual has found a way to make perhaps the most mysterious of the missing creatures appear in the game.

Related: How to battle in Pokémon Go

Unfortunately, reproducing this in your own version of the game would require modifying the Pokémon Go client. As YouTuber FrozenAquaCat explains: “Through the modification of the Pokemon Go client, I was able to change the ID that shows up during an encounter from 13 (weedle) to 132 (ditto) The game currently crashes any time I attempt to throw a pokeball or do anything in the menu.”

. Even if you do get the little blob to appear, it looks like trying to catch him will do nothing but crash the game.

All of which basically means that, as of this point, there seems to be no decent method for making Ditto show up. That doesn’t mean there isn’t one, as it could just be the world’s Pokétrainers are yet to discover the Easter egg.

But, as Twitter user Ali-A points out, perhaps Ditto has been lurking in our roster of captured Pokémon all along:

Related: Pokémon Go Teams – Which should I join and can I switch teams?

That’s all we’ve got on Ditto, as Niantic is remaining quiet on this particular subject for now. But stay tuned, as we’ll be updating this article with more info on capturing the slippery little monster as it becomes available.

If you want to follow the internet’s efforts to finally summon Ditto, you can check out this worryingly in-depth subreddit for the latest.

WATCH: What is Pokémon Go?

Let us know if you have any Ditto tips in the comments below.