After announcing its 600 series range of hi-fi products, Denon has trained its eyes to the home cinema market with its latest reveal, as it adds the DHT-S516H and DHT-S716H to its range of soundbars.

With the addition of the premium DHT-S516H and DHT-S716H units, Denon’s soundbar lineup now stands at four, with the cheapest model in the range starting at £249. The DHT-S716H comes on its own, but can be paired with the DSW-1H subwoofer. The smaller DHT-S516H comes packed with a wireless subwoofer. 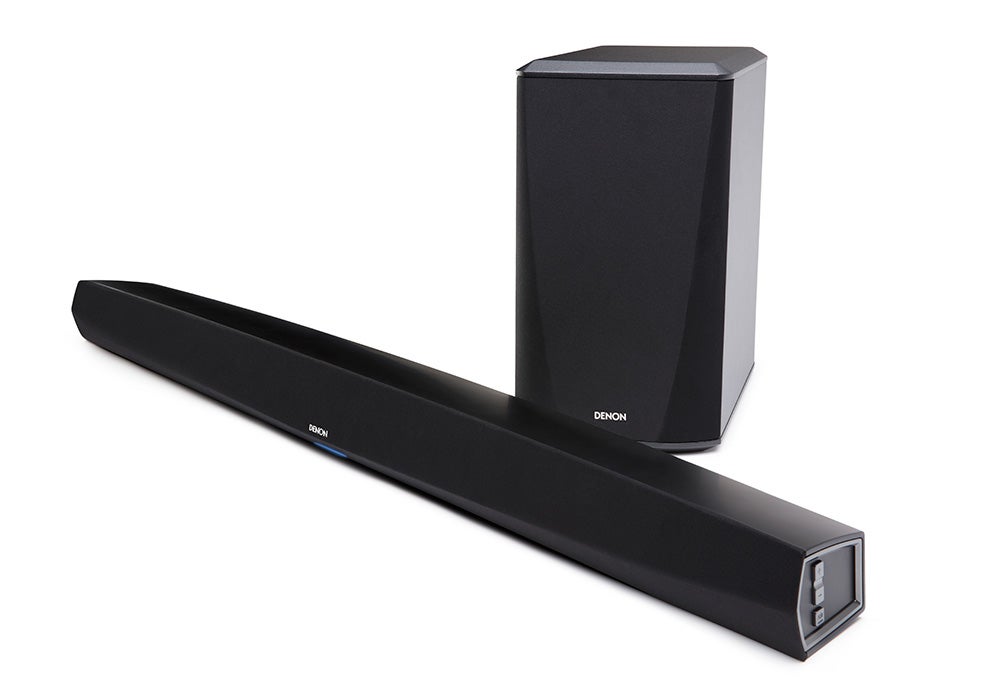 The DHT-S516H with wireless subwoofer

The headline feature for both soundbars is the addition of HEOS multi-room functionality. The integration of HEOS expands the wireless capabilities of the soundbars, with consumers able to use AirPlay 2 to send audio from iOS devices.

There’s also the potential for multi-room functionality when paired with other HEOS compatible products, so music can be played across a number of connected devices throughout the home. There’s also access to a number of streaming services such as Amazon Music, Spotify Premium, Deezer, TIDAL and TuneIn Internet Radio.

Voice control is possible, though an external speaker is required to access Alexa or Google Assistant services. Otherwise you can count on 4K HDMI inputs with ARC support, DSP processing and Hi-Res audio capability with a compact form factor.

There’s no support for either Dolby Atmos or DTS:X object surround sound formats, with both soundbars focusing on Dolby Digital, Dolby Digital Plus and DTS audio formats.