Denon has announced the latest network system in its CEOL range in the N11 DAB, which adds DAB/DAB+ radio to an already comprehensive feature set.

Coming hot on the heels of Ruark’s announcement of the R3 is the CEOL N11 DAB (£529), the latest in Denon’s range of network systems, which continues to pack as many features as it can into its compact form.

You can choose to play music over Wi-Fi, Ethernet, AirPlay 2, Bluetooth or via a USB stick. Wi-Fi connectivity also opens up the possibility of streaming from a NAS (Network Attached Storage) for all those hoarders of digital music files.

As is the case with every Denon product, the HEOS system for multi-room is built-in, opening avenues to other HEOS compatible systems so you can build an array of interconnected devices. HEOS also offers Amazon Alexa and Google Assistant voice support, although these aren’t  built into the unit and instead are can only be initiated via an external device. 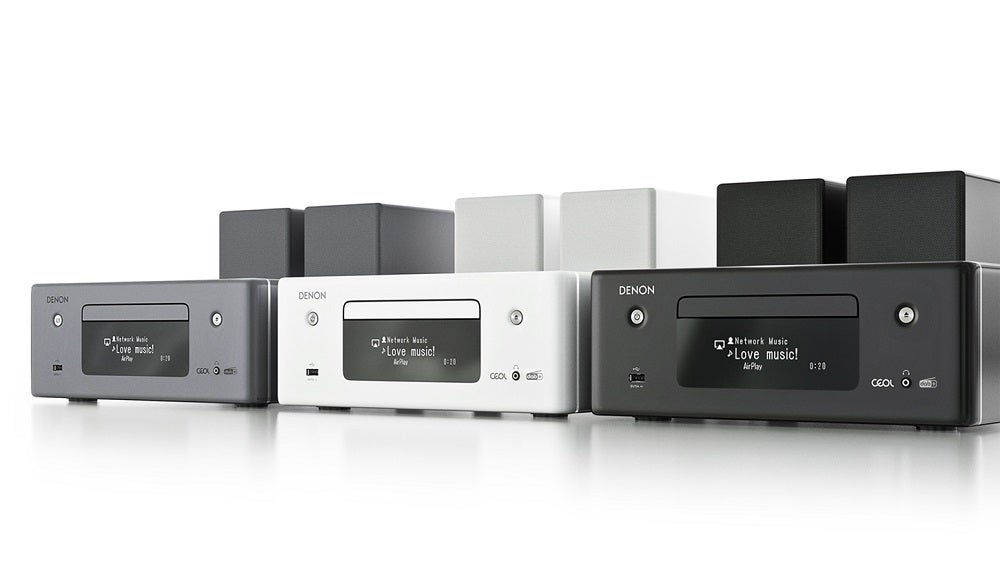 The HEOS app also offers integration with music streaming services such as Spotify, Amazon Music HD and Tidal. The N11’s versatility comes into focus with the inclusion of DAB+/DAB digital radio stations or analogue FM/AM radio. And for those with CDs (remember those?) you can take advantage of the built-in CD player.

Optical inputs offer the chance to hook the CEOL N11 DAB to a TV, and there’s an option to add the SC-N10 two-way speakers. Available separately at the cost of £99, Denon claims they not only complement the looks of the N11, but reproduce sound “with clarity and weight, as well as perfect tonal balance.”

And what about those looks? Conceptually it’s in line with previous efforts: compact, with rounded edges smoothing its appearance and a top surface that’s scratch-resistant. The top surface is where you’ll fine the illuminated touch controls, and on the fascia is an OLED display for deciphering playback information.

Available in sleek Grey, eloquent White and understated Black, the CEOL N11 DAB goes on sale August 2020 for £529. The optional speakers are available for an extra £99.