During E3 2019, a controversial poster emerged in Cyberpunk 2077 which appeared to depict a transgender woman used as a sex object to sell futuristic soft drinks.

Given the company’s questionable history across social media regarding transgender people, this immediately raised a red flag amongst members of the community and blew into a full-blown controversy.

As a trangender woman myself who voiced concern over this, CD Projekt Red invited me to interview Kasia Redesiuk, one of the game’s art directors and designer of the poster you can find below. 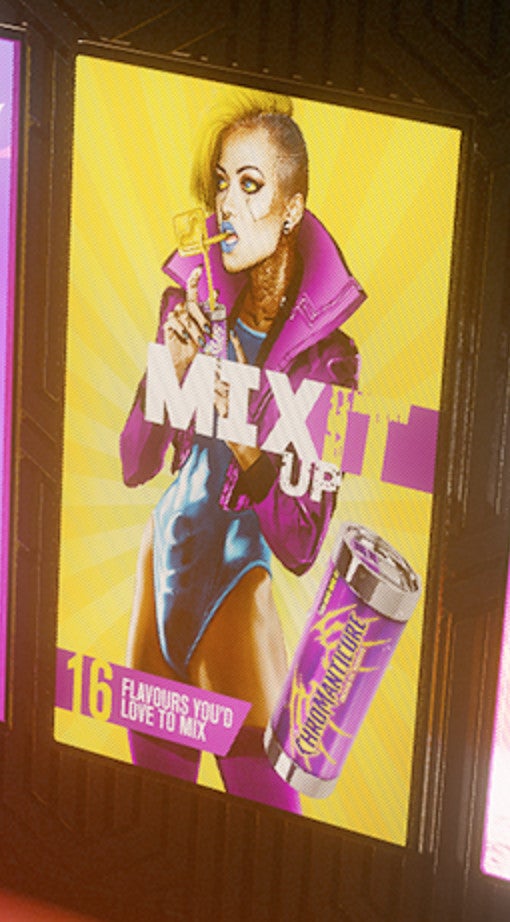 Redesiuk said: “To be honest, I did expect the advertisement to be moving people. I didn’t think this would be the first one to be spotted.”

Cyberpunk 2077 clearly wants players to think, shocking them with imagery that will cause them to take action and ponder the ideas of transphobia, racism and general bigotry it will potentially present in the full experience.

However, Redesiuk told me that offense was not the intention of the poster at all, and the expression of identity in Cyberpunk 2077 is completely fluid, as expected of a futuristic setting.

“I read the comments and realised that’s the case. Obviously people want representation and good representation, and it’s very unfortunate this was the first thing to be shown. However, I think with Cyberpunk, yeah you do need context.

For one – we’re in the future. You can change your body however you want. So, being non-binary is normal, it’s accepted, it’s perfectly fine. Non-binary people are normal, so nobody really cares whose working with who and what relationship they have.

In Cyberpunk, you can actually play a character put together with elements usually assigned to male and female. For instance, stereotypically female hair-styles and male voice, you can put together someone you want to play.

I like the confidence, and sexy pose. We were actually talking about making them a celebrity within the universe. But you can play as your own Cyberpunk, and as you want.”

Transgender characters in AAA experiences, especially ones where you create your own avatar, are almost unheard of. While preferred pronouns and other options in the character creator aren’t confirmed for Cyberpunk 2077, Redesiuk said “By using the elements that we provide, you can create a character that represents you.”

I’m still not completely sold on Cyberpunk 2077 pulling this off, but it has clearly understood what’s happened and responding to its community accordingly. It’s a good start, and we’ll see what happens from here. For now, here’s what I thought of the E3 2019 demo I had a chance to see:

‘Cyberpunk 2077 continues to look like a phenomenal RPG experience, with CD Projekt Red keen to push forward benchmarks in open-world design, storytelling and the importance of creating your own character.

Night City is V’s to help grow, destroy or eventually come to call their own, all through decisions the player makes. Of course, it’s all bark and no bite at the moment – but we know CDPR has the chops to pull this off.’