Sir Tim Berners-Lee is a bit of an authority on the internet, he did invent the World Wide Web after all.

Like any proud parent, Sir Tim isn’t keen on letting his baby grow in their own way, if it’s not ultimately in their best interest, and that’s what’s happening with the web now.

A full 28 years after its creation, the computer scientist outlined what he sees as the biggest problems affecting the internet today, and how these issues need to be addressed.

In an open letter to mark the web’s birthday, Sir Tim laid out a five-year strategy for the web, with fake news, a loss of control over our personal data, and a need for more transparency around political advertising topping his list of concerns.

“I imagined the web as an open platform that would allow everyone, everywhere to share information, access opportunities, and collaborate across geographic and cultural boundaries,” he wrote of the web’s foundation.

“In many ways, the web has lived up to this vision, though it has been a recurring battle to keep it open.”

Related: Galaxy S8 – what we know 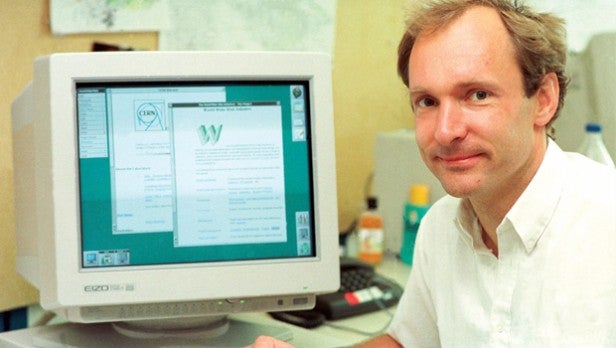 Addressing the issues currently troubling that vision for the web, he added: “Over the past 12 months, I’ve become increasingly worried about three new trends, which I believe we must tackle in order for the web to fulfil its true potential as a tool that serves all of humanity.”

Regarding fake news, a term being banded around with increasing regularity in the news and political surroundings, Sir Tim has urged social media sites and search engines to crack down on its spread.

“Misinformation, or fake news, which is surprising, shocking, or designed to appeal to our biases, can spread like wildfire,” he said.

“We must push back against misinformation by encouraging gatekeepers such as Google and Facebook to continue their efforts to combat the problem, while avoiding the creation of any central bodies to decide what is “true” or not.”

According to Sir Tim, the same underlying issue that has led to the rise of fake news – the fact that we all get most of our information from just a few platforms – has also triggered problems with political advertising.

“We need more algorithmic transparency to understand how important decisions that affect our lives are being made, and perhaps a set of common principles to be followed,” he said.

“We urgently need to close the “internet blind spot” in the regulation of political campaigning.” 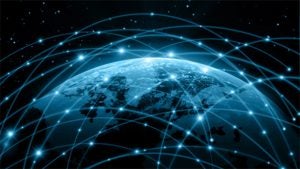 On losing control of our personal data, an issue that’s affected web users for years, he added: “We must work together with web companies to strike a balance that puts a fair level of data control back in the hands of people, including the development of new technology such as personal “data pods” if needed and exploring alternative revenue models such as subscriptions and micropayments.

“We must fight against government overreach in surveillance laws, including through the courts if necessary.”

Although sure to resonate with many internet users, and garner support from others, Sir Tim’s proposed crackdowns won’t be easy to transform from idea to practice. He has a plan, however.

“Our team at the Web Foundation will be working on many of these issues as part of our new five-year strategy – researching the problems in more detail, coming up with proactive policy solutions and bringing together coalitions to drive progress towards a web that gives equal power and opportunity to all,” he said.

“I may have invented the web, but all of you have helped to create what it is today. All the blogs, posts, tweets, photos, videos, applications, web pages and more represent the contributions of millions of you around the world building our online community.

WATCH: How to improve your Wi-Fi connection

What are you most concerned about with the internet? Share your thoughts below.