Speaking to NPR’s Hidden Brain programme, Chen said low battery life was “one of the strongest predictors of whether or not you are going to be sensitive to surge”, which refers to when users pay more than the normal cost of a journey.

However, as The Independent reported, he added: “When your phone is down to 5% battery and that little icon on the iphone turns red, people start saying I’d better get home or I don’t know how I’m going to get home otherwise.

“We absolutely don’t use that to push you a higher surge price. But it is an interesting psychological fact of human behaviour.”

Now it seems Uber is still keeping an eye on users’ battery life, following Paul Dehaye of PersonalData.io’s request, under European law, to have acces to data Uber collected on him.

As reported by The Register, the resulting information was posted to GitHub, while security and privacy writer Lucasz Olejnik offered further explanation for the storage of battery data. 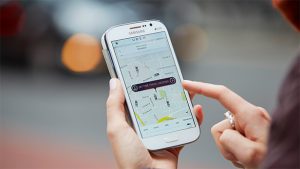 As Olejnik points out, according to Dehaye’s information, Uber makes a record of “battery charging status (charging, discharging, unplugged, full, unknown)” and “the remaining battery percentage” which it says is used for “fraud detection/prevention”.

Monitoring battery life could conceivably allow Uber to tell whether a user is real or not, if multiple requests come from the same profile but from devices with differing battery charge levels, for instance.

But as Olejnik says in his blog post, using battery status to detect fraud doesn’t seem like the most effective way to catch fraudsters.

TrustedReviews contacted Uber for comment, who told us the battery data is used for fraud detection and to measure the energy performance of the app, pointing out that this is standard practice for mobile apps.

While web browsers such as Chrome and Firefox are moving to deprecate the Battery API W3C specification, it seems Uber isn’t following the same pattern.

The latest developments follow the news last week that Uber’s app is tracking users’ locations, even when they’re not using the service.

Mobile security firm Sophos warned that version 3.222.4 of the Uber app allows it to track user location constantly if the app is running in the background.

The firm is advised users to turn off Uber’s ability to run in the background on your iOS and Android devices if you don’t want the company to access your whereabouts.

Updated 08/12 with response from Uber.

Let us know what you think of Uber’s data tracking in the comments.