Computex is always full of surprises, but one thing it’s reliable for is case mods. Most of the major, internationally-sold case companies will have case mod competitions before the show, with the best of those entries getting pride of place on the stands. The majority are hopelessly impractical, so in this year’s round of ‘most ludicrous case mods’, I’ve decided to rate each one one for practicality. Let’s get started. 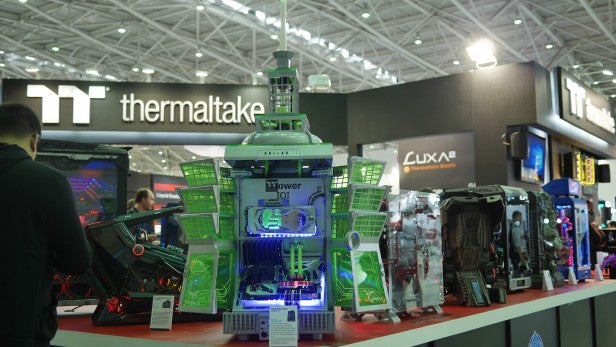 Builder: Mike Petereyns (Belgium)
Base on: Thermaltake Tower 900
Why? “To express my respect for Thermaltake and Taiwan.”

Thermaltake had rented one of the most expensive spaces at Computex with its stand sitting right in front of one of the entrance doors and the TTower 101 is its centrepiece. This case is based inspired by Taipei 101, and was the tallest building in the world between 2004 and 2009 at 509.2 metres.

I don’t have a measurement on TTower 101, but I’d say it’s about 1.5-meters tall including the spire. There’s no specs to discuss here (as is a theme on almost all of these builds), but the highlights for me are the green liquid cooling system and the GPU that finds itself on the floor above the motherboard.

Practicality: 7/10. Aside from being super tall, the footprint of TTower 101 isn’t completely insane. It would fit on most large desks. 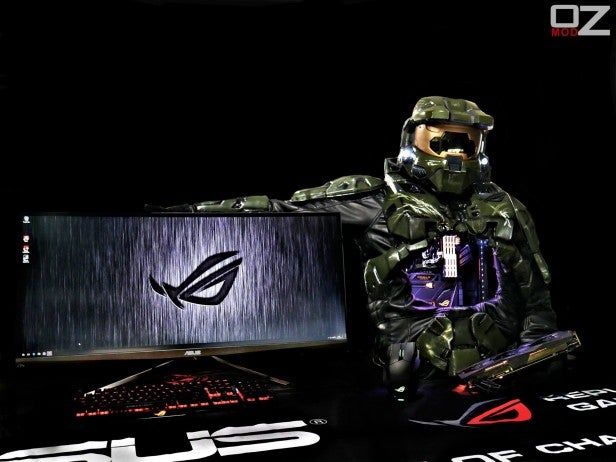 
Builder: Stephen Hoad (Australia)
Based on: Cooler Master Master Case 6
Why? “[Hood] loves to push the boundaries of modding, and challenges himself to customise and build projects that have never been seen before.”

This is a life-sized model of Halo’s Master Chief. Our hero sadly has a hole in his chest where the PC components lie. He holds an Asus ROG STRIX GTX 1080 graphics card in his left hand (as a weapon, apparently), and the piece uses materials including memory foam, steel, leather, clay and wood.

Practicality: 7/10. Being a life-size model of half a very large man isn’t as much of a problem as you’d think. Like TTower 101 the case isn’t completely excessive. 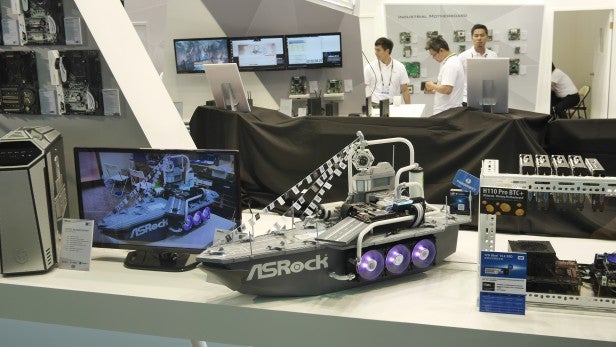 Builder: MJCable (Taiwan)
Base case: Original design
Why? No reason given. Does he need a reason?

This one’s so great I gave it its own dedicated news story. It remains my second-favourite PC build of Computex and I love it for both its attention to detail and enormous size. There’s a pair of runways, at least six model jets, a control tower that’s part of the cooling system and even bunting featuring the logos of the PC.

Practicality: 2/10. This thing is huge and you can’t turn it on its end. 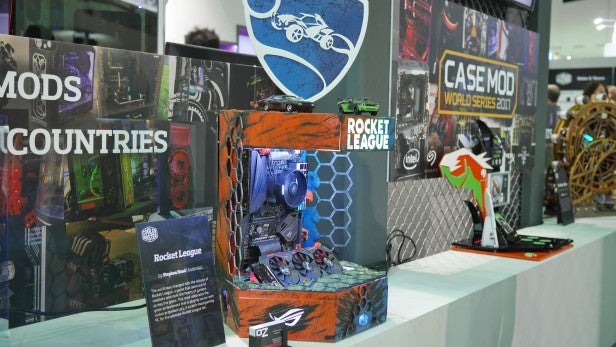 Builder: Stephen Hoad (Australia)
Base case: Original design
Why? “This mod celebrates the great achievement that is playing soccer with rocket propelled cars.”

Rocket League continues to be one of the most popular eSports games around, and serial modder Hood is back for another round. This from-scratch build features two model cars and a rusty honeycomb (which looks a bit like a goal net) design that surrounds the Asus-centric build. No specs here, but there is an Asus graphics card and Crosshair VI motherboard hooked up to an AMD Ryzen processor.

Practicality: 6/10. The shape gives it quite a large surface area, but its height, plus the exposed fans, make it a bit of a hazard.

The Wheel of Star

Builder: Modder Crow (Thailand)
Base case: Original design
Why? “The sun and moon continue to turn, ticking away the moments like a giant clock. This mod reminds us that we only have so much time, so we should spend it being happy. Happiness can come from anywhere. Sometimes it’s the joy of playing games on a PC. Sometimes it’s just taking the time to look up at the stars.”

The quote and video above give you pretty much everything you need to know. My only misgiving is that I’ve not seen any evidence that it can actually be used as a computer, as the only cable I saw trailing from it was for power.

Practicality: 10/10. Anything that reminds you to look up at the stars occasionally is always a winner.