Computex 2017 (Taipei) News and Latest Rumours: Computing Editor Michael Passingham is providing updates from Computex 2017, along with information on what to expect from this year’s hardware heaven.

Taking place between May 30 and June 3, the world’s biggest computing show is spread all over Taipei, the capital of Taiwan, with thousands of exhibitors showing off everything from keyboard switches to… more keyboard switches.

Oh, and loads more computing hardware. Here’s the skinny on this year’s event so far:

Gigabyte launched a few new products at Computex, but by far the most interesting was the Aorus X9, which is a behemoth dual-GTX 1070 laptop with a stunning design. The company also announced its new Brix Gaming PCs, which are small enough to chuck into your bag but powerful enough to play VR games. 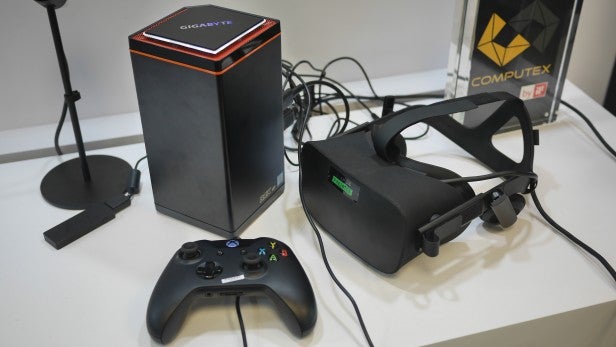 Corsair’s no stranger to producing classy, high-end PC cases, but the Concept Slate and Concept Curve desktops the company showed off at its booth were seriously impressive even by its standards. There was also a weird wireless-charging mousemat. What’s not to like? 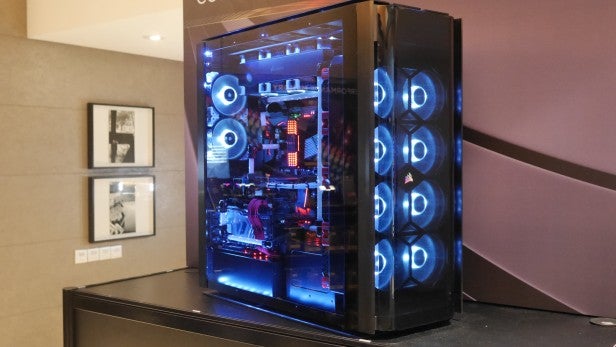 MSI went in its own direction at Computex, launching the huge GT75VR Titan laptop. Specced up with an overclockable CPU and GPU, it’s a mighty impressive machine that weighs a metaphorical tonne. 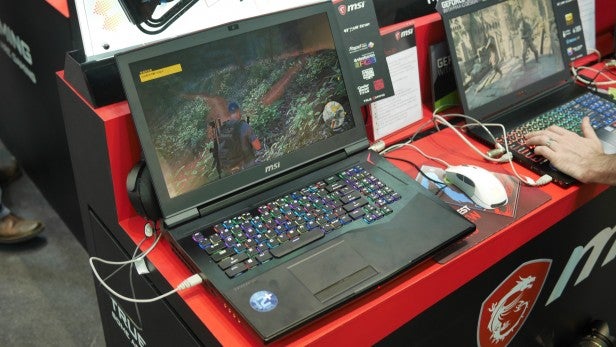 ARM-powered Windows laptops are nearly here, with Qualcomm and Microsoft announcing the chipmaker’s flagship Snapdragon 835 platform will be integerated into upcoming Windows 10 laptops.

AMD asks us to wait

2017’s been a good year so far for AMD, but unlike its 2016 Computex conference, we didn’t get much in the way of new products or exciting news. Slow and steady is good, sure, but it would have been nice to see a new graphics card launch. Instead, the firm will launch its new RX Vega gaming card at the end of July.

There was more news, too. It was confirmed that the company’s unlaunched quad-core Ryzen 3 CPUs would be certified Oculus Rift-compatible, as if there was any doubt. The company also showed off its gigantic ThreadRipper desktop CPU in the flesh. It’s definitely quite big. 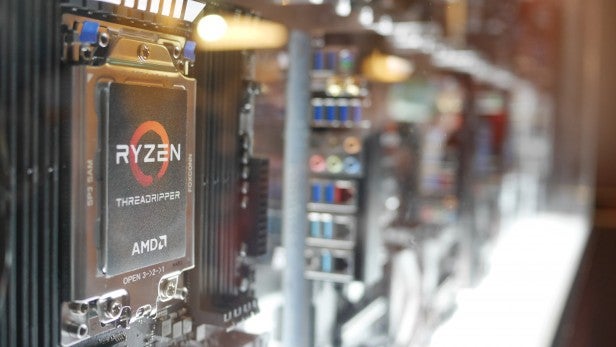 Finally, the company showed off a 2-in-1 laptop powered by Ryzen Mobile, the as-yet unspecified laptop-specific APU that’ll ship later this year. It looked very thin and light and AMD showed proof it was legit by playing a video on it, but without specifics, all we can really see is a pre-production laptop. Still, it gives me hope that Ryzen Mobile laptops will be as thin and light as Intel-powered machines, and maybe even more powerful. The firm also showed off five Ryzen desktop PCs from Acer, Lenovo, Asus, Dell and HP to reaffirm how strong its partnerships with each company really is. 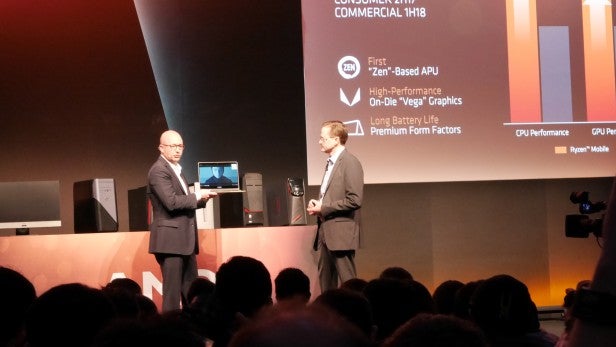 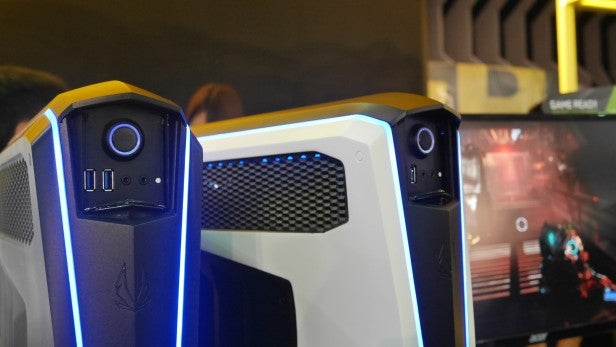 Not to be outdone, Dell’s launched a few notable new products. There’s a pair of all-in-one PCs, both of which come with AMD 7th-gen processors, as well as the Inspiron Gaming Desktop, which comes with the latest AMD Ryzen chips and a choice of Nvidia or AMD GPUs. 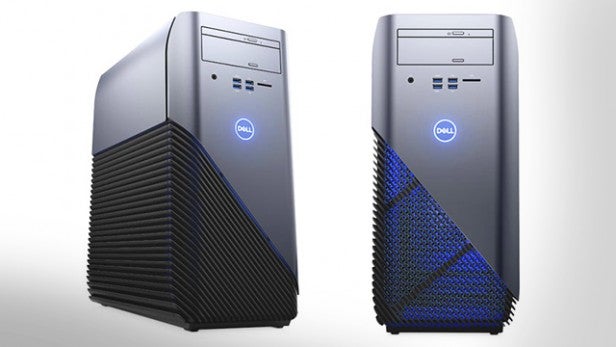 As expected, Acer had a quiet Computex. The company is here, and I’ve seen their booth. But the only new product is a new 35-inch curved gaming monitor. No doubt the Predator Z35P is a lovely piece of kit, with a 3440 x 1440-pixel panel, Nvidia G-Sync, a pair of 9W speakers and decent colours. It can even refresh at 100Hz for super-smooth gaming. 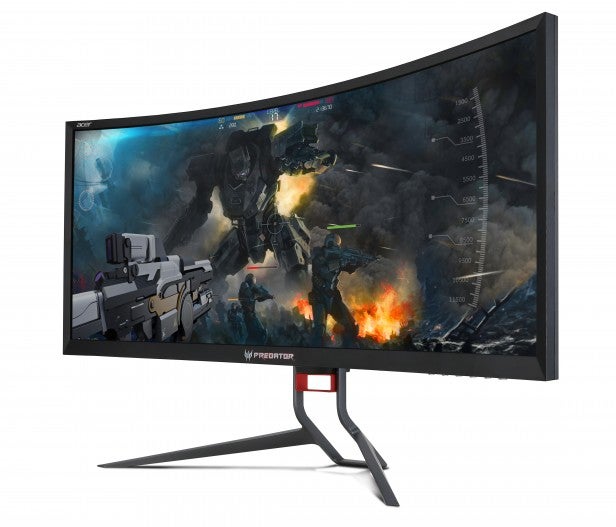 Intel’s only gone and launched a desktop processor with 18 cores, along with a load more chips ranging from Core i5 all the way up to the brand-new Core i9 model.

Asus just held its second press conference of the week, this time for its Republic of Gamers brand. I’m still working my way through the announcements, but the biggest was the reveal of the ROG Zephyrus, one of the most incredible gaming laptops I’ve seen. 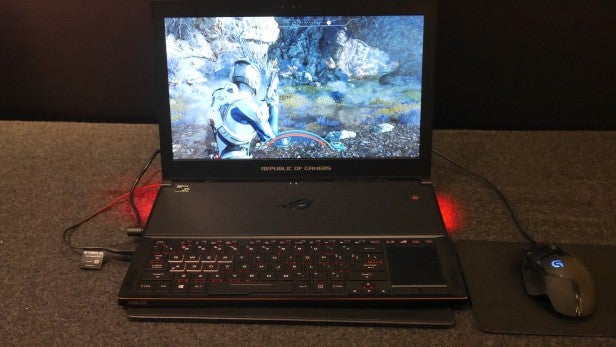 Nvidia used its Computex press conference to launch the new Max-Q gaming laptop standard – set to be used by most of the world’s gaming laptop manufacturers.

The standard lays out specifications for design and internal hardware, and has been conceived to balance performance and battery life. Essentially, Max-Q laptops must have a thickness of less than 18mm and a weight of under 5lbs, or about 2.1kg.

On top of that, manufacturers have to keep fan noise below 40dBA, which can be done using advanced cooling and newly developed, highly-efficient electrical designs. 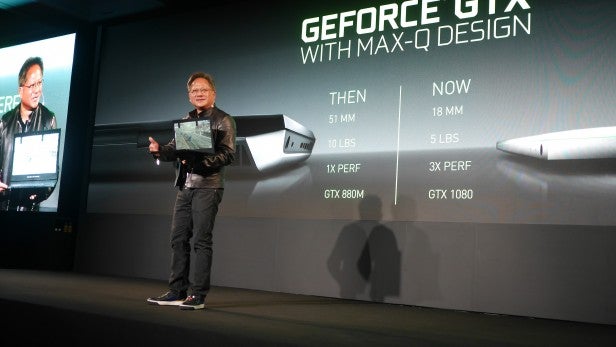 But perhaps the most interesting Max-Q requirement is a GTX 1080 GPU. Considering the specification requires a thin and light design, that means we’ll be seeing some incredibly capable gaming laptops that remain portable. Max-Q laptops can also come equipped with GTX 1070s and 1060s.

Computex should yield several Max-Q laptops as all the big gaming laptop companies try to get in on the action so stay tuned. Nvidia expects widespread availability from June 17.

While I was in the air, making my way to Taipei, Asus jump-started the show by launching a bunch of new ZenBook and VivoBook devices.

There were four key announcements that are entirely new products. The Intel Core i7-7700HQ-powered ZenBook Pro leads the pack, with specifications that are set to rival the likes of the Dell XPS 15. There’s an Nvidia GeForce GTX 1050 Ti on-board, along with up to a  1TB PCIe SSD and 16GB DDR4 RAM.

Shih also debuted the world’s thinnest convertible ZenBook Flip S, which comes with a 4K display. At 10.9mm thick and weighing 1.1kg, and packing a 7th Generation Intel Core i7-7500U processor and a super-quick 1TB PCIe SSD, the Flip S is entering into a competitive market, where the likes of the HP Spectre x360 and Dell XPS 13 2-in-1 have a  bit of a headstart.

Asus also took the opportunity to launch a new VivoBook Pro 15, which comes with Intel’s seventh-generation processors and Nvidia’s GeForce GTX 1050. Meanwhile, the VivoBook S15 isn’t quite as powerful, but there’s still an Nvidia GeForce GTX 940 chip on-board. The company also reintroduced the ZenBook 3 Deluxe that I saw at CES

What are you hoping to see at Computex 2017? Let us know in the comments below.