Chris Evans has confirmed that he is quitting Top Gear after presenting the BBC series for just one season.

This is a breaking news story and will be updated with more information.

In a series of messages posted today on Twitter, the Radio 2 breakfast DJ revealed that that he has stepped down from his position as lead Top Gear host with the BBC after just five episodes. Explaining his decision, Evans said: “Stepping down from Top Gear. Gave it my best shot but sometimes that’s not enough. The team are beyond brilliant, I wish them all the best.”

In a statement, Evans added:

“I have never worked with a more committed and driven team than the team I have worked with over the last 12 months. I feel like my standing aside is the single best thing I can now do to help the cause. I remain a huge fan of the show, always have been, always will be. I will continue to focus on my radio show and the allied events that it encompasses.” 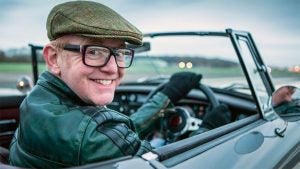 Evans had signed a three-year deal to present the BBC show after it was rebooted following the sacking of Jeremy Clarkson. But the show’s ratings slumped after Clarkson’s departure, with much of the audience’s ire directed at Chris Evans. The show’s other hosts – Matt LeBlanc, Sabine Schmitz, Eddie Jordan, Chris Harris, and Rory Reid – were received favourably by comparison.

Prior to the launch of the series, Evans told the Guardian that he would be “disappointed” if the show had fewer than 5 million viewers, but the series opener only brought in an audience of 4.3 million. The Sun recently reported that Matt LeBlanc planned to quit the show if Evans stayed on for the second season. The newspaper’s source was quoted as saying:

“The big question now is who goes and who stays. , and the atmosphere between the presenters is decidedly frosty. It’s very much a picture of him – Chris – and them. Matt has already indicated that he won’t continue on any further series of Chris remains part of it. And he is far from the only one who isn’t happy.”

Unsurprisingly, some were quick to pour scorn on Evans following his decision to stand down:

The BBC’s Top Gear reboot, which was the 23rd series of the show, kicked off on May 29, 2016. The final episode of the revamped series aired on Sunday night, but only managed to secure an audience of 1.9 million.

“Chris is stepping down from his duties on Top Gear. doing everything he could to make the show a success,” said Mark Linsey, BBC Studios Director. “He firmly believes that the right people remain, on both the production team and presenting team to take the show forward and make it the hit we want it to be. The new series has so far notched up over 30m views in the UK alone and has already been sold to 130 territories worldwide.” 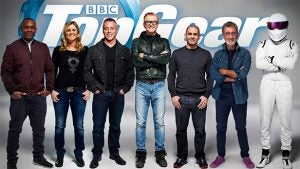 Evans is also reportedly facing allegations over historical sexual assaults, and may be questioned by London’s Metropolitan police in the coming days. The allegations, which date back to supposed behaviour in the 1990s, have been described by Evans as “ridiculous” and a “witch hunt”.

What do you think of this story? Let us know in the comments.