Chainsaws are fantastically versatile tools, from professional use to those wanting to cut their own firewood. But they’re also incredibly dangerous, which is why Stihl has developed its own HTC Vive-powered chainsaw simulator for training.

Part of the responsibility that comes with selling a chainsaw is making sure the customer can use the product safely. But getting anyone hands-on in a forest isn’t always possible, so computer simulation has stepped in to make things easier.

Running on an HTC Vive and standard laptop, the Stihl chainsaw simulator is the only one of its kind. To give the simulation that real feel, the controller is a battery-powered chainsaw (in this case a Stihl MSA 120C).

For this simulation, Stihl has built a customised battery pack with an HTC Vive tracker on top. The battery pack slots into the chainsaw, but provides no power, making the saw completely safe. 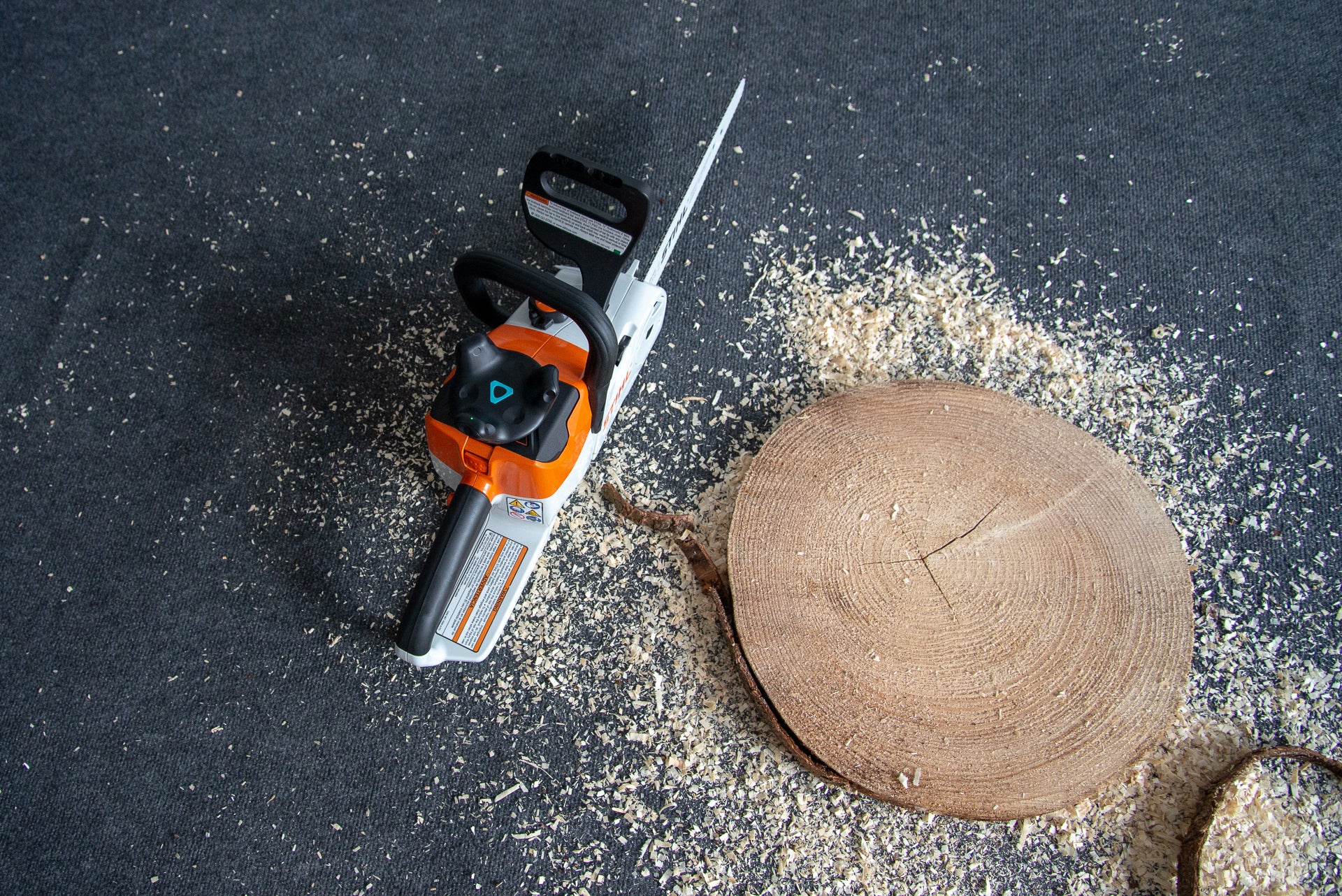 Once you’re in the simulation, you can try out everything from felling a tree to cutting cookies (round discs from a log) and beyond.

For me − someone that’s never picked up a chainsaw before − the simulation introduced me to the basics of chainsaw handling, giving me the real feel and weight, only without any of the danger. 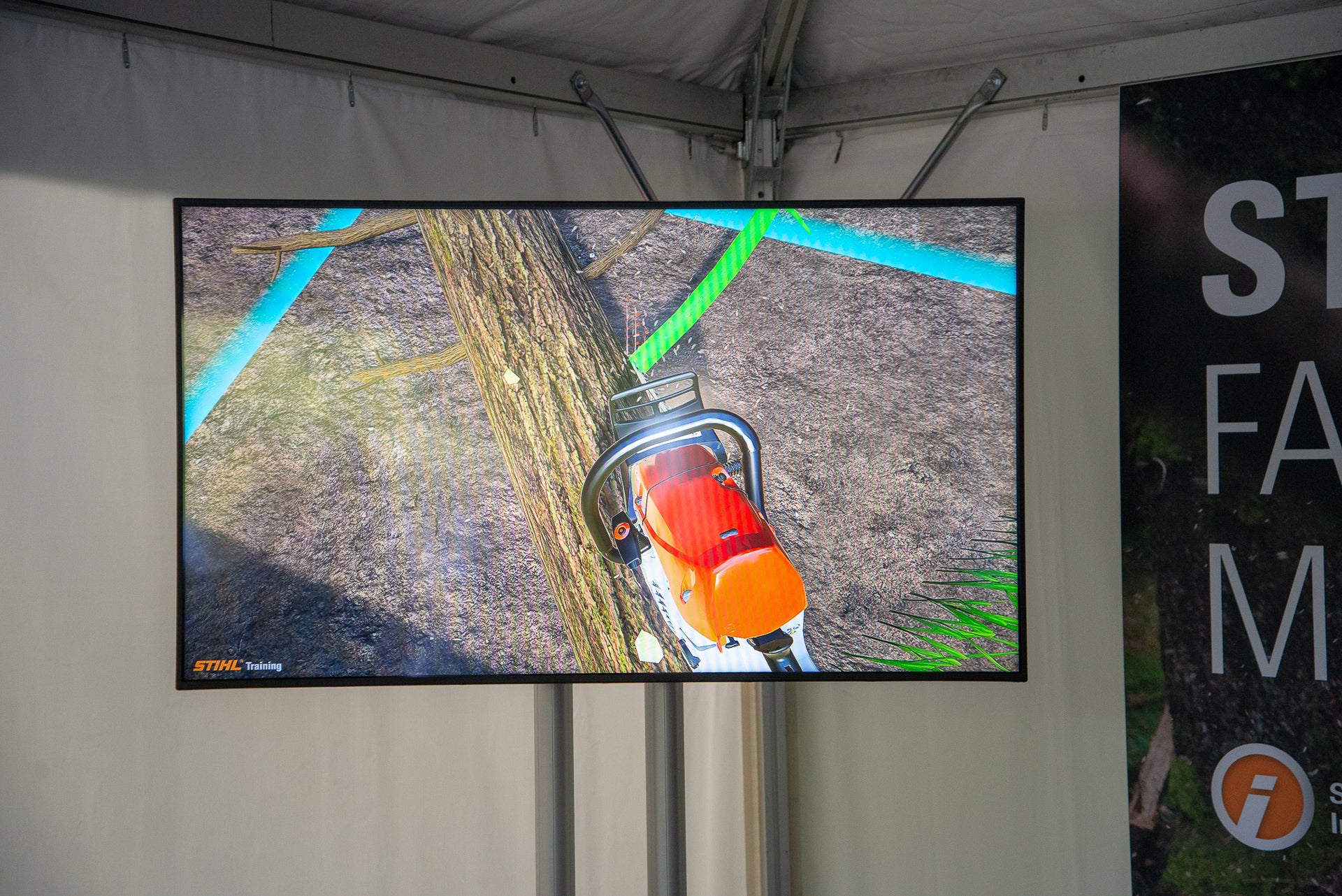 However, the simulation provides the basics and techniques you need when handling a live saw. 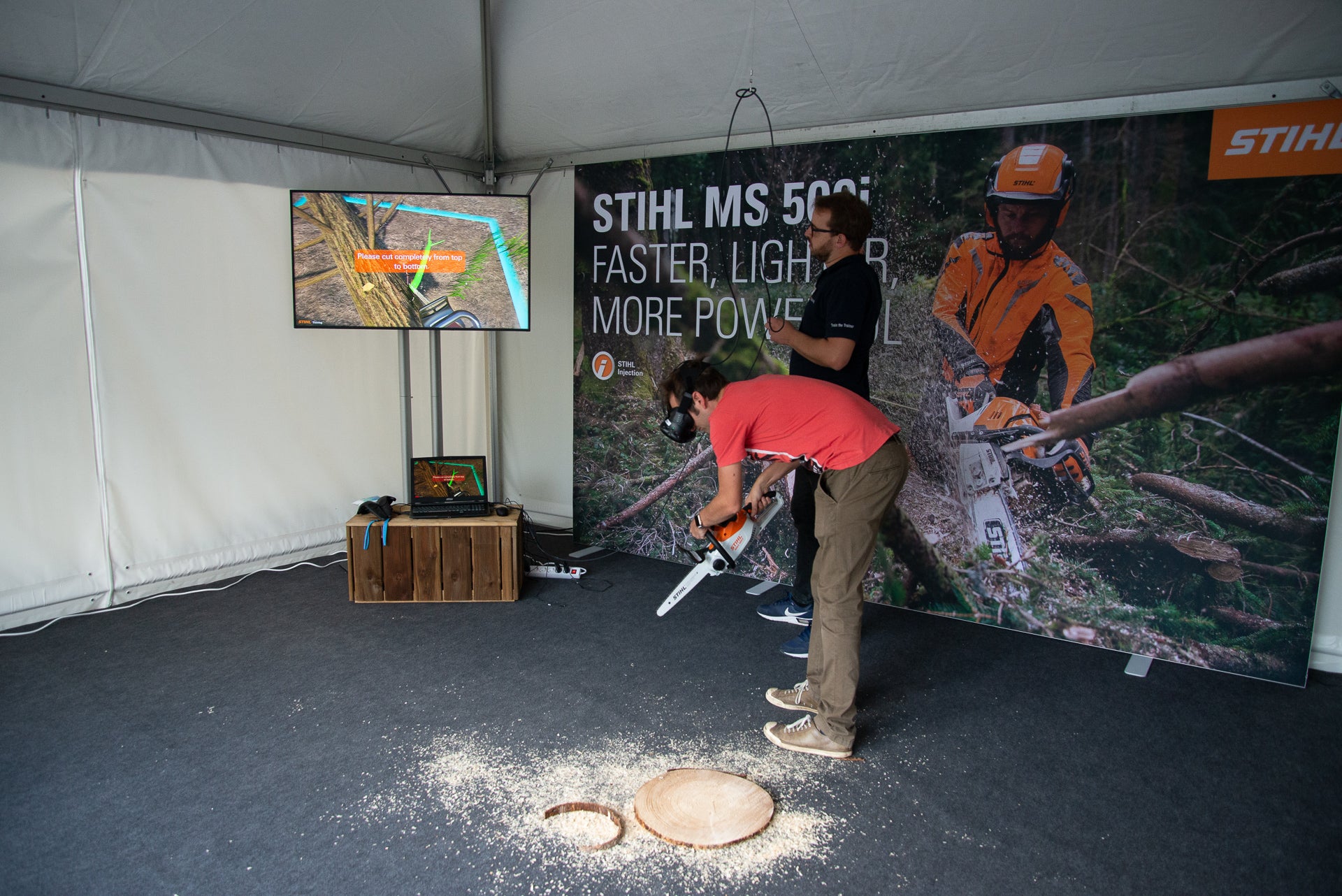 Fresh from the simulation, I was allowed to migrate to the Stihl MS 500i, the first chainsaw with electronically controlled fuel injection. This is a model that’s capable of accelerating the saw from 0-100km/h in just 0.25s. In other words, it’s the most powerful production chainsaw available.

For safety, I was equipped with a pair of chainsaw trousers. These use a layer of ballistic nylon or kevlar. Should the chainsaw make contact with the trousers, this tough layer is drawn out, wrapping around the chainsaw’s sprocket, stopping it dead and reducing the damage that can be done.

When operating a chainsaw, these trousers are a must, no matter what your skill level is.

Under the watchful eye of world champion logger, Marco Trabert (pictured below, doing a far better job than I), I was allowed to cut some cookies from a log. While failing to beat Marco’s time (or skill), the VR demo at least had taught me the basics of handling a chainsaw safely and respecting its power.

While the MS 500i is aimed at professionals, the simulation had taught me enough to respect and control the power that I was handed. Given the utility of chainsaws, particularly for those with wood burners or fires that are looking to cut their own firewood, the VR simulation gives those new to the tools a safe way to get started and understand the basics. 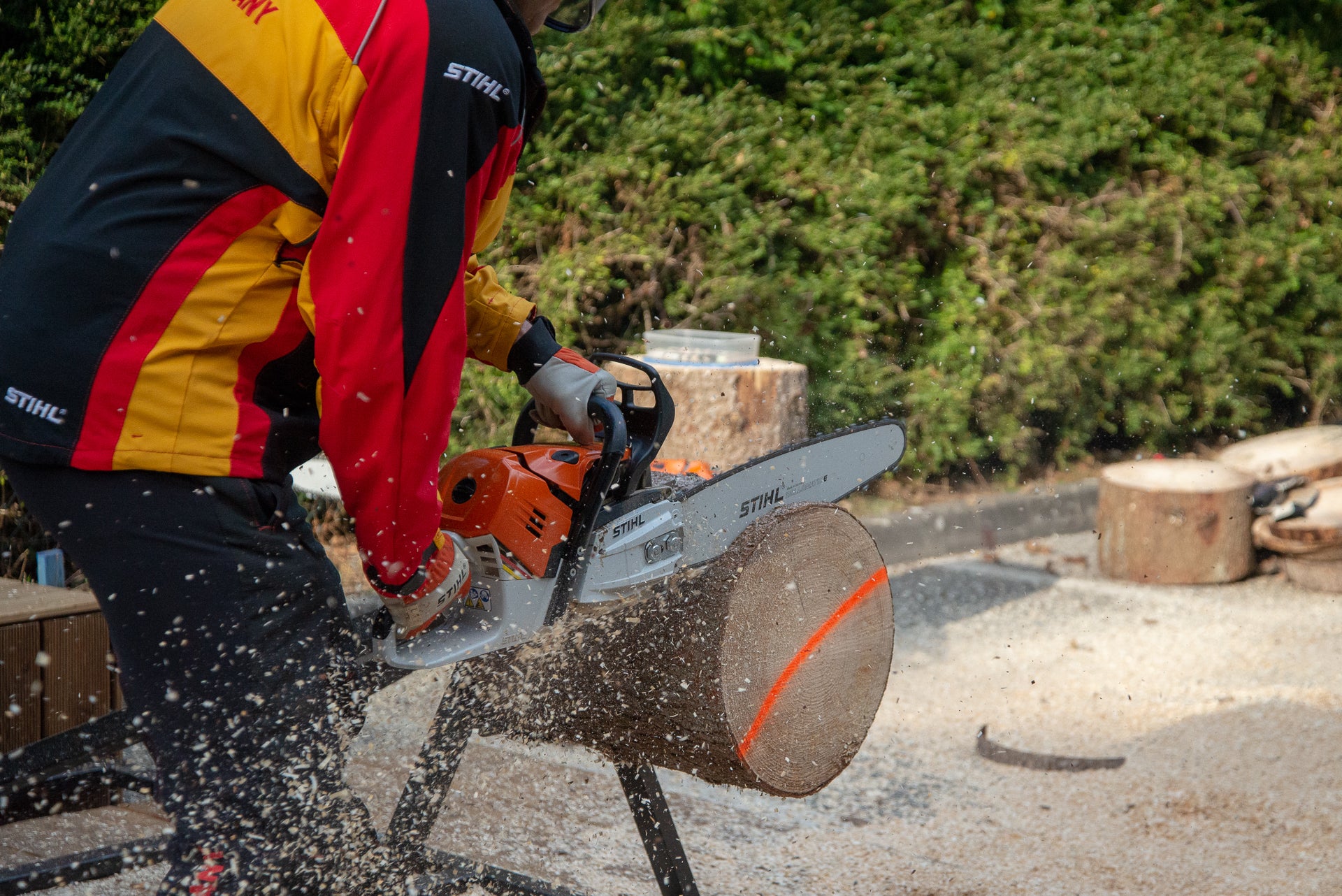 The Stihl HTC Vive chainsaw simulator is operating now in Germany, and is due to make its way to the UK soon.