At the Emirates Stadium in late February, Trusted Reviews was one of the first publications to witness the “future of TV” – or at least what TV makers and broadcasters imagine the future will look like – and according to BT and Samsung, that future is 8K.

In a first for UK broadcasting, BT Sport broadcasted a live 8K stream of the Europa League match between Arsenal and Olympiacos to a Samsung 8K QLED in a private box.

The gist of all this? It’s arriving sooner than you think, and 2020 could prove to be a pivotal year for the technology gaining wider appeal.

Related: What is 8K?

The pace of technological innovation is fast, but there are plenty of obstructions – mainly price, accessibility and content. Japanese public broadcaster NHK launched an 8K channel in 2018, but there’s been less movement elsewhere. Availability of content goes hand-in-hand with adoption.

The goal (pun intended) is to make it a realistic possibility. As Dan Hastings, director of TV/AV at Samsung UK, commented: “This is the first step in making 8K a reality for everyone, in every home.” 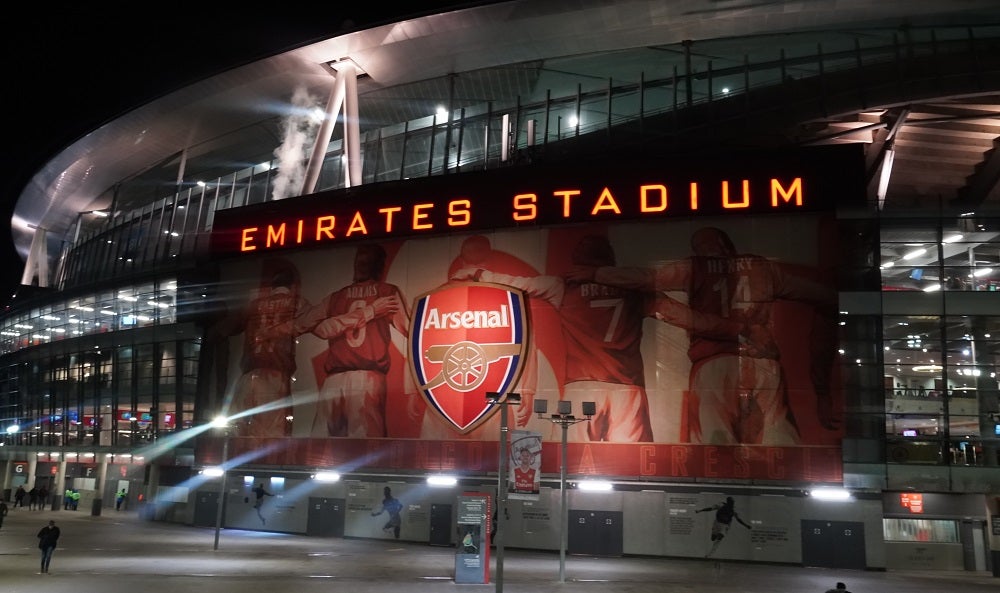 Jamie Hindhaugh, chief operating officer at BT Sport, told us: “Everything we do around innovation is to take people to the heart of sport… we do it because it makes a difference.”

This demonstration wasn’t “just some proof of concept.. it’s what can happen in households. We think it’s really important. If you’re a BT Sport Ultimate subscriber and you have an 8K TV, very soon you’ll be able to watch Premier League Champions League in 8K.”

Make it as close as possible to being at the venue

BT Sport had previously trialled an 8K SDR broadcast – as part of its work in the 8K contribution space – from the Northampton Saints Rugby Club at the 2019 IBC (International Broadcasting Convention) trade show in Amsterdam. 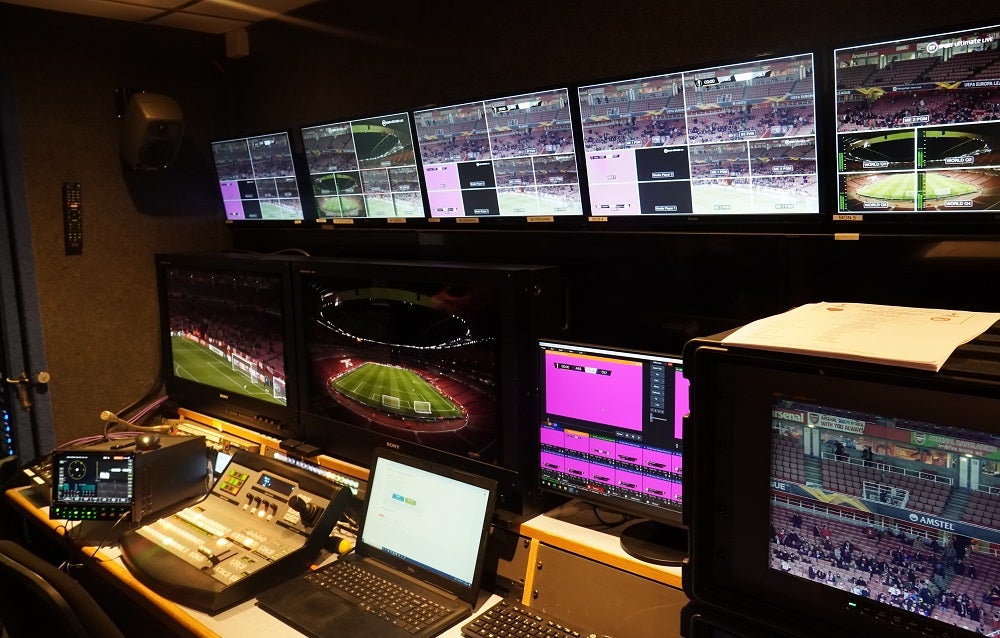 The feed from the UHC-8300 was relayed to outside broadcast trucks. There, the signal could be viewed on four small professional 4K monitors, which spliced together make up the 8K image.

With just the one 8K camera available – there were meant to be two, but the coronavirus put paid to that – the broadcast was cut up with shots from the 4K and 1080p HDR signals (the latter double upconverted to 8K). That meant live replays and shots of the studio weren’t in 8K, but the process was a representation of what an 8K service would look like. 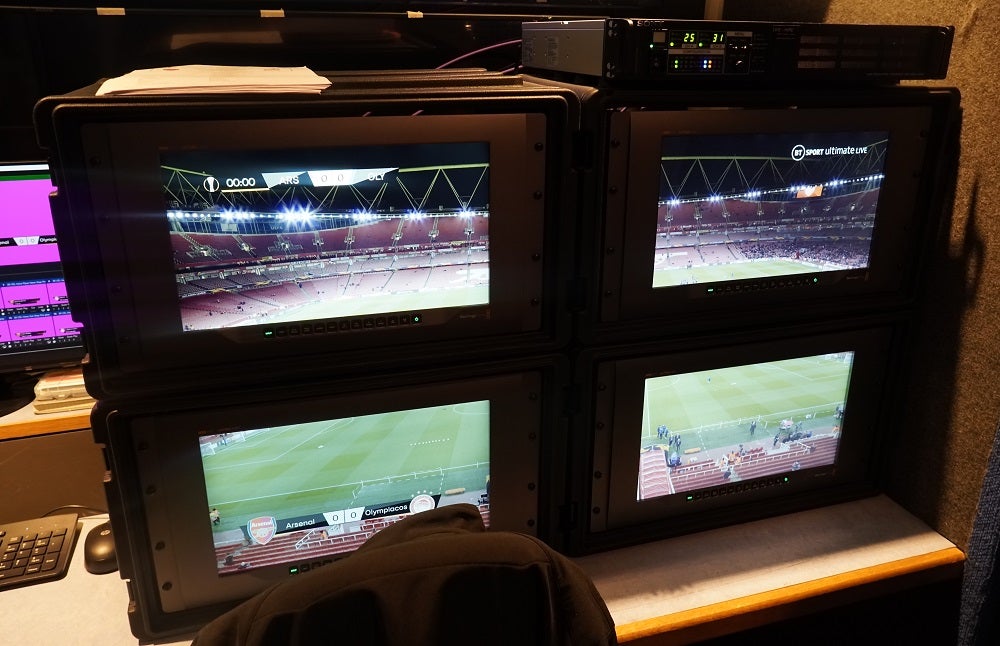 A version of the feed went into a Samsung 8K QLED outside the truck using distribution encoders, before it was packaged and sent upstairs to a Samsung QE82Q950R at 48Gbps (split into four signals) via the cloud (Amazon Web Services). 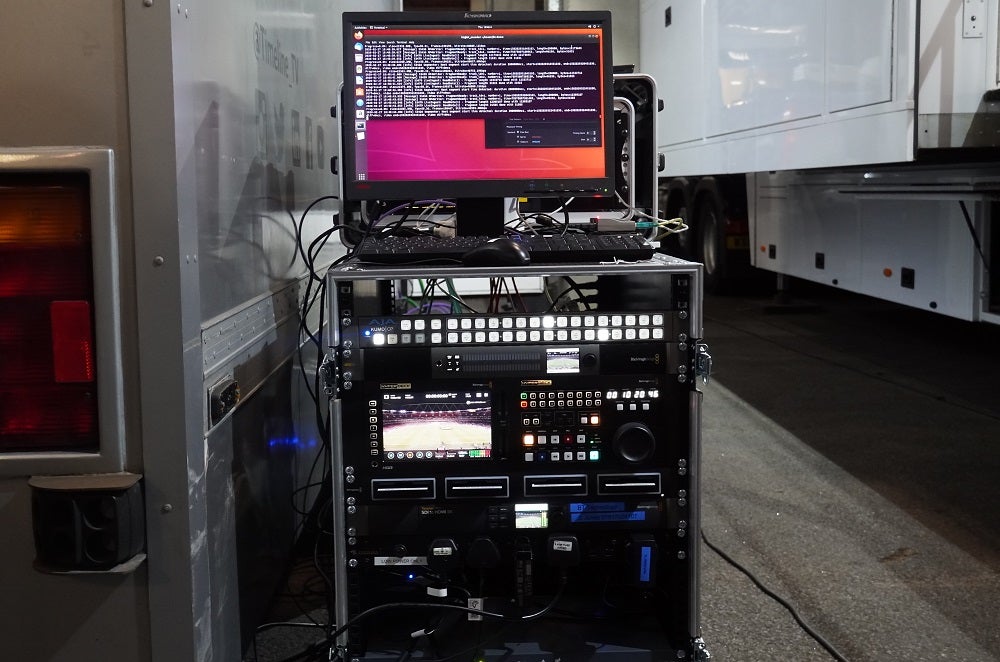 Sending it to the cloud

If you thought the process would get simpler, you’d be mistaken. From there it was siphoned into a special HDMI 2.0a box, then run through another “special box” that converted the quad HDMI 2.0 signal to a HDMI 2.1 version. That then went through a proprietary version of the BT Sport app on the TV – and voilà, an 8K broadcast. 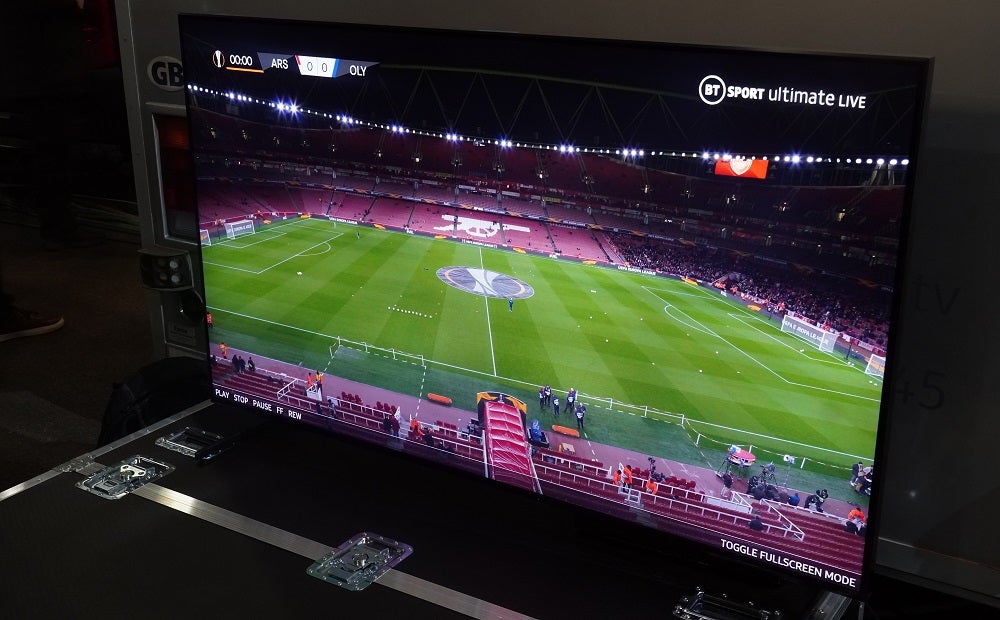 The picture quality was impressive; bright, detailed and clear, even in its now compressed 80Mbps form. You could easily read the advertising hoardings and flags dotted around the stadium, pick out details of the players (although it took a while to realise Aubameyang was playing). Colours were punchy, and although you couldn’t see as much detail in the darker areas compared with looking outside, it was impressive nonetheless.

Despite the complicated process, compression grants 8K an easier way of infiltrating people’s homes. This was an early version of the coder, and according to Andy Beale, chief engineer at BT Sport, we can expect better soon: “We know codecs develop rapidly… so we’re thinking this could be easily down to 60, 65Mbps in about a year’s time.”

“The 66Mbps bandwidth bracket sits really nicely in our product range… but we also know it fits inside the 5G envelope. So we think there’s potential for this as a product going forward.”

That’s remains a lot of bandwidth, but fibre internet and 5G certainly make 8K a more feasible proposition now than it would have been even a few months ago.

“We take the customer to the heart of sport”

BT Sport believes technical innovation can push the levels of viewer immersion. 4K ushered it in, Atmos and HDR pushed this further, and the hope is that 8K can achieve a similar outcome.

Beale reaffirmed this philosophy by saying: “We always want to take the customer to the heart of sport. We always want to immerse them. We know that the best place to watch any sporting event is clearly at the venue. You can’t beat that. But the second place… [has] to be with BT Sport.”

The hope is that BT Sport Ultimate subscribers should be able to watch the 2020/21 Premier League season in 8K HDR via the BT Sport app. By putting it in front of more users, BT Sport can extend its reach and distribution. And since the app is currently only available on Samsung’s TVs, it could be the secret weapon that makes Samsung the clear frontrunner in the adoption of 8K TVs.

There’s still the question over whether a resolution bump is enough of a reason for 8K to exist. If you’re going to boost the resolution then, arguably, frame rates should increase in tandem. BT Sport is already doing 8K VR, and looking into object-based broadcasting, which as Hindhaugh explains, will allow the viewer “to personalise how you watch a live game, graphics, size of the clock, which camera angles you have screened on-screen.” 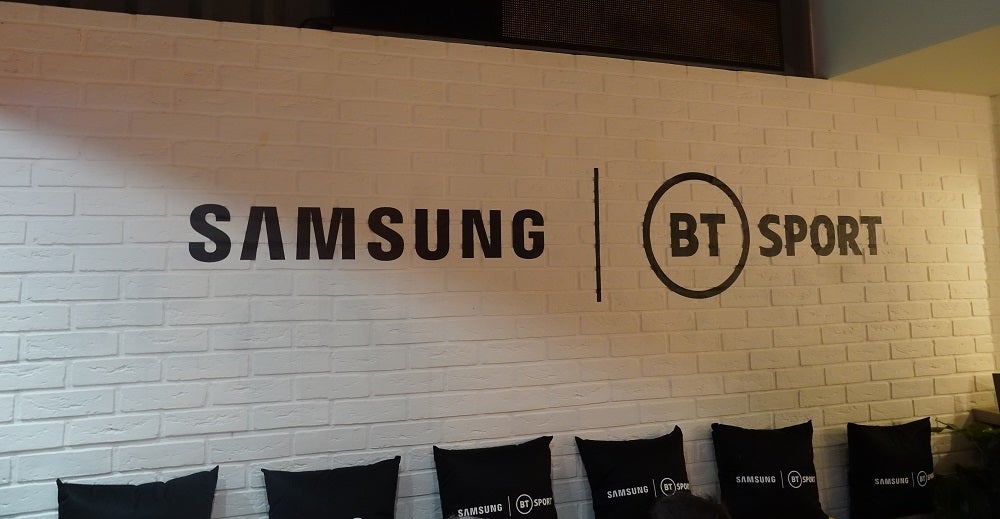 There’s also the issue of 8K being a format that requires a big screen. Not everyone’s home is big enough, with 55 inches the most popular size of TV in the UK. Samsung has produced the 8K Q950R QLED in sizes 55 to 98 inches, but with a smaller screen and difference in pixel density, will 8K look as sharp or as ‘epic’ as it could? 43-inch 4K TVs have become commonplace, so who’s to say the same won’t happen for 8K?

Nevertheless, on the roadmap for 8K TV, this was an important next step. The Japan Olympics (if it goes ahead) should be a significant driver for the format, and prices for 8K TVs are dropping closer to premium 4K sets.

Technology is moving fast, and the pitch has been laid out for 8K’s entrance. It needs to put the ball in the back of the net and hope VAR doesn’t rule it out. If BT Sport and Samsung can do that, they’ll be top of the league in shaping the future of TV.