We’ve got smartphones, smartwatches and smart homes, and now it appears that smart cars are on the rise too.

While you might not think your whip’s too technically advanced, it’s probably capable of a whole lot more than you realised as BMW just demonstrated.

What did the car giant do? Well, they tracked and then remotely locked the vehicle, trapping the thief inside while he slept in the car. Seriously.

Related: What is the Apple Car? 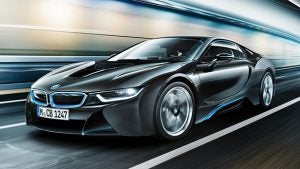 The car, a BMW 550I, was nicked on Sunday morning when the opportunistic crook spotted it still had the key fob inside.

After the vehicle was reported stolen, police, with the help of BMW corporate, managed to track down the car, which turned out had the driver hunched up asleep inside.

As police approached, BMW were able to remotely lock the vehicle, trapping the car jacker inside and foiling his escape plan.

Having been arrested on car theft and drug possession, the thief, we assume, probably now has a solid fear of the robot uprising too.

Should manufacturers have this control over your car? Let us know your thoughts in the comments.