Both blenders and food processors take the strain out of food prep but which one should be your go-to for those everyday tasks With food processors and blenders becoming ever more multifunctional, it can be tricky to know which one you should turn to for your chopping and blitzing needs. Not only do many food processors come with blades that can finely purée, the more powerful blenders can take on tougher chopping jobs. While models can differ, we compare the two and look at how each generally stacks up.

How do blenders and food processors work?

The average blender has transformed itself over recent years, evolving from being able to tackle mostly liquid tasks to taking on fruit, vegetables, ice, seeds and nuts. This is largely down to harder, sharper blades and more of them, as well as powerful motors, and jugs that help to create a vortex to move food towards the blades. Dedicated programmes have become more common too, meaning that rather than, for example, manually pulsing a blender to crush ice, you can select a programme and let it run.

The other big difference is accessories – on several models you’ll find a tamper to push frozen lumps towards blender blades, so it can make desserts including sorbet and ice cream, while some blenders have different blades to mill and grind seeds and coffee.

Food processors work in much the same way as they always have – with one or two bowls accessorised with blades or discs that spin to slice and chop. Here, the biggest difference is the range of tools, meaning that as well as the basics, many can julienne or cut chips, whisk using a whipping disc or attachment, knead dough, and even tumble potatoes to peel them. Built-in scales on some models lend themselves well to measuring out and mixing in the same bowl, so you can make faster cake batter and cookie dough.

While you can technically whizz up a smoothie in a food processor, all those bugbears – pear grit, fruit fibres, flecks of spinach – are likely to be present, making for a more textured drink. For the smoothest smoothies, only a blender will do, and preferably one with a pre-set variable speed programme to ensure not a single chunk remains. 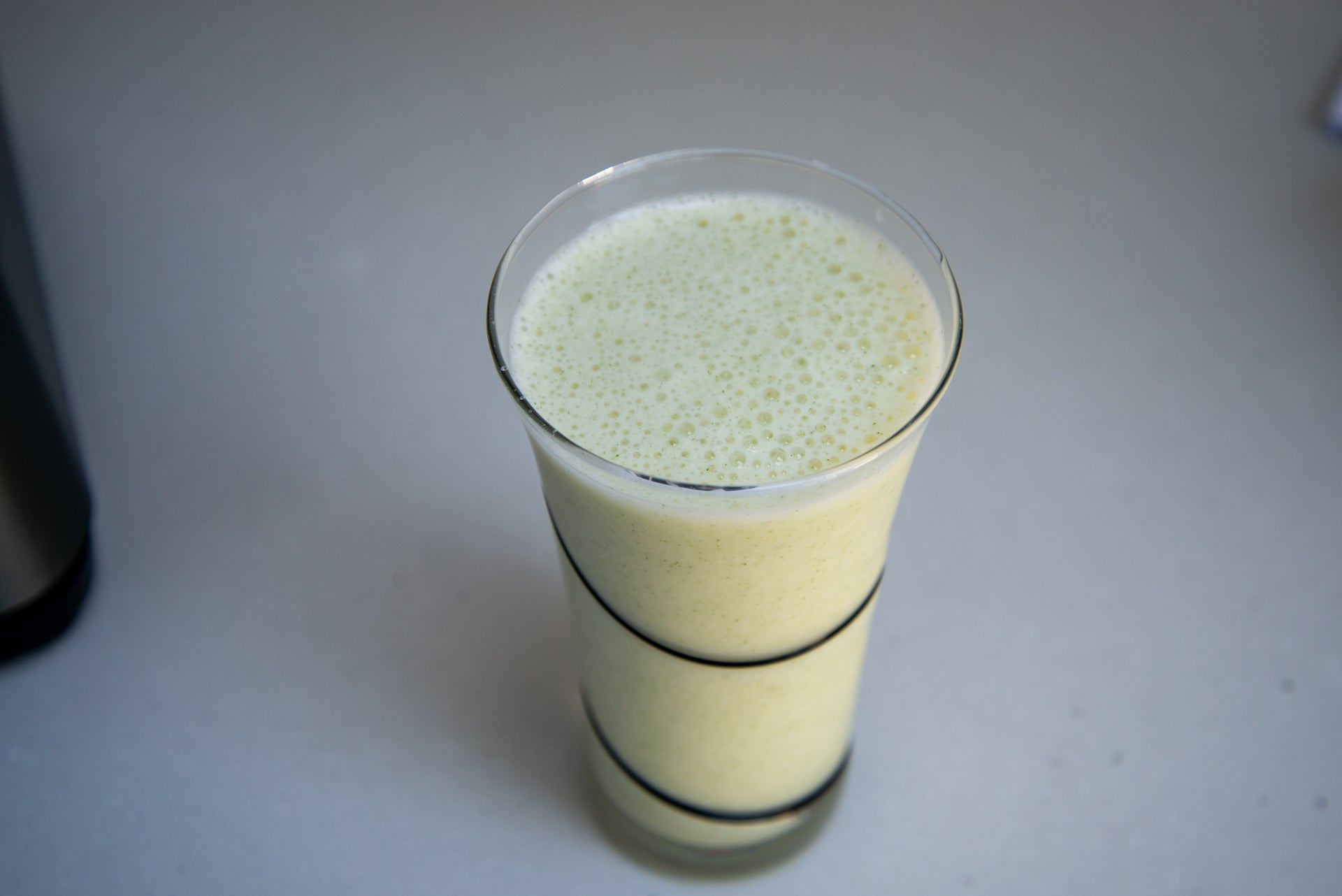 A blender is also more convenient for this type of job. They’re easier to pour out of, layer ingredients so that they’re in the right order – plenty of liquid at the bottom to create the vortex with the heavier ice at the top to push the rest down – and less mess when you remove the lid. Many now even come with a travel cup, so you can blend and go with your fresh drink. 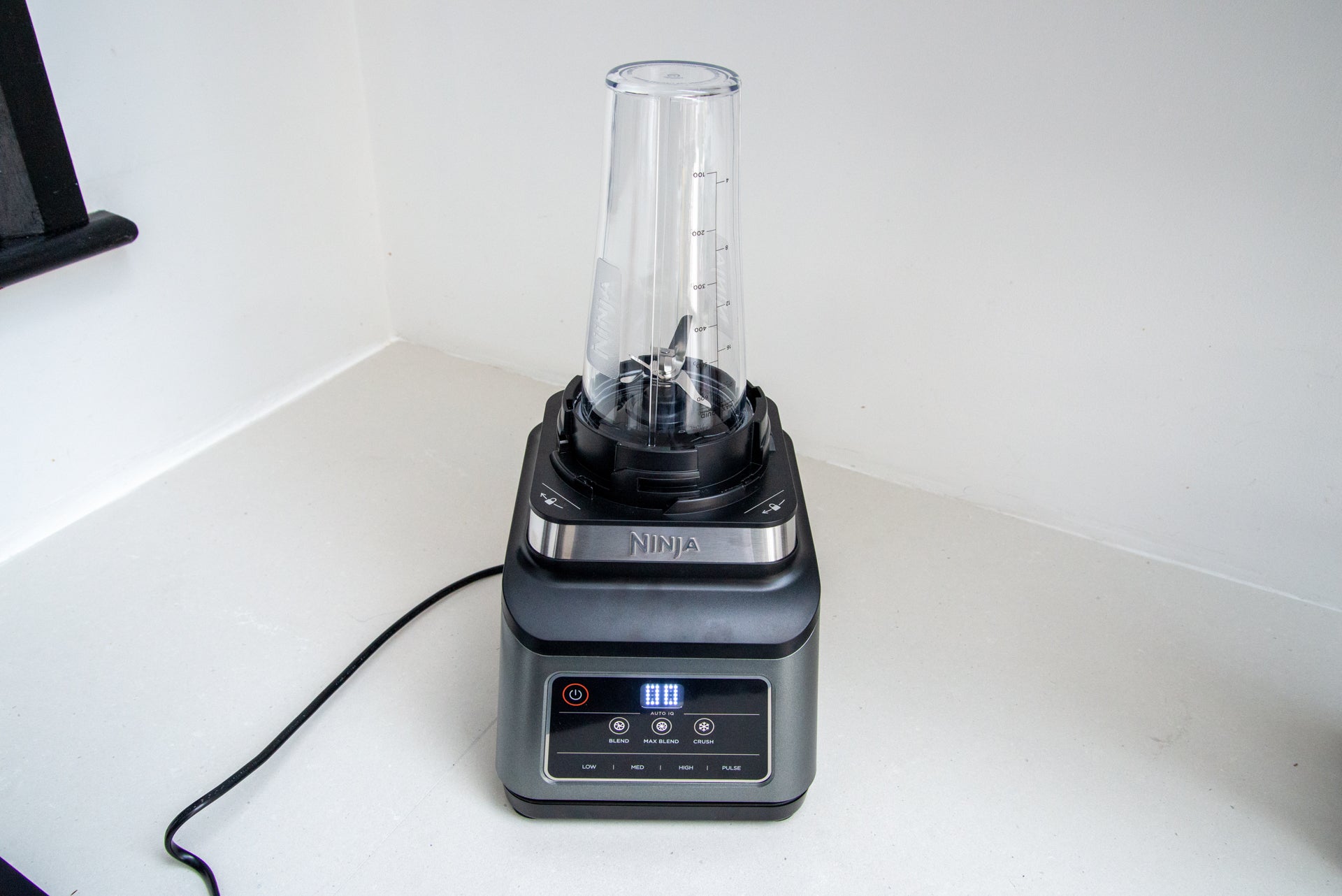 If you want fine soup, then a blender is your friend, thanks to its ability to deal with liquids more efficiently. Just check the manual carefully on a blender, as many can’t take hot liquids. Some models can take hot liquids, while some even have a soup mode, using friction to heat the ingredients.

If you want to blend hot ingredients as they cook, you’ll need a hand blender.

While some blenders have a separate small container that’ll chop or, in the case of professional-style models, the ability to dry chop in the pitcher without adding liquid, a food processor is your best bet for most slicing and dicing. This is because its blades are flat and designed to produce even results, unlike in a blender where the blades are angled and there’s less room for food to move around.

A food processor will also be easier to scrape out as the blades are removable, plus there are more options beyond a rough chop, such as different thicknesses for slices and grating. 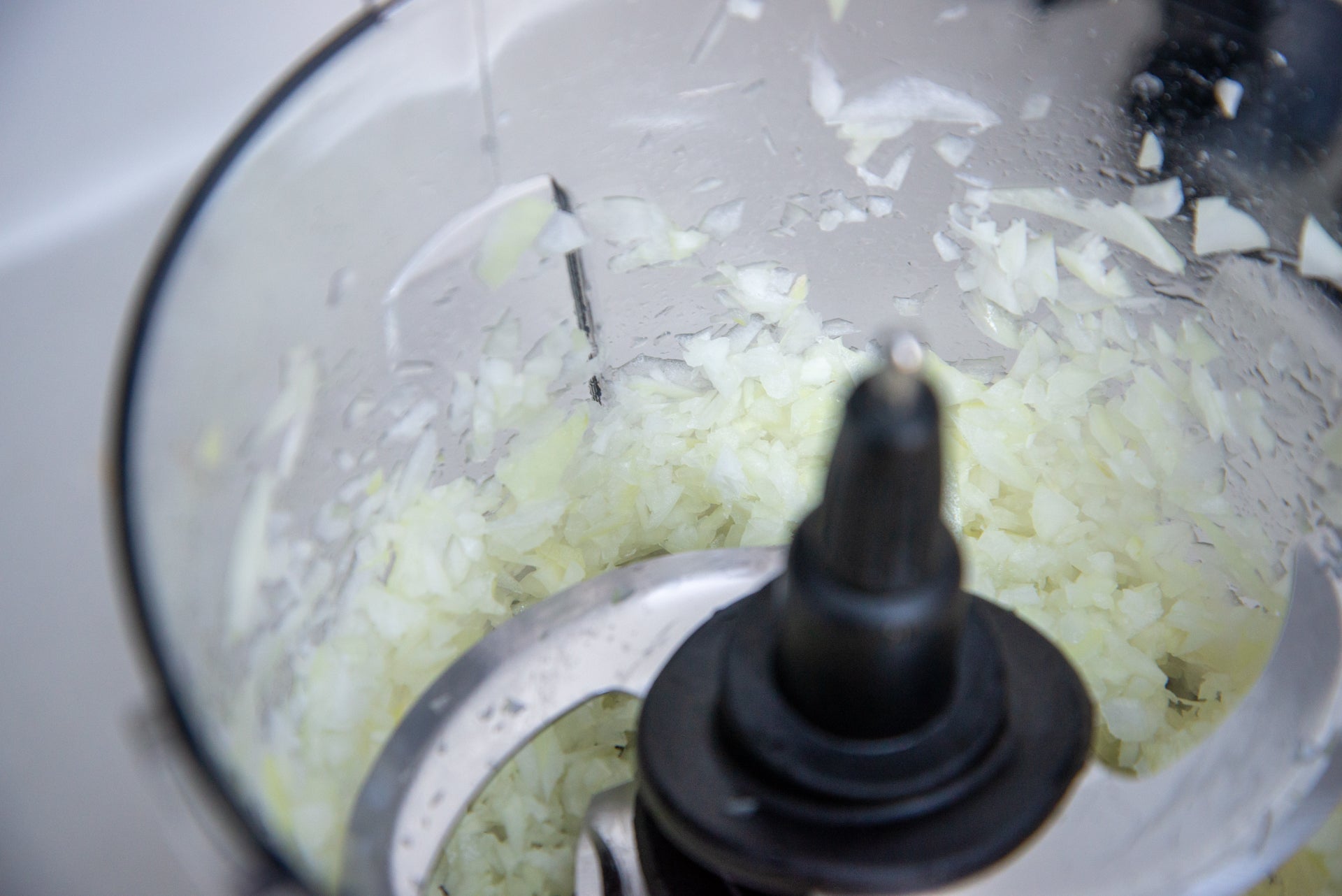 Which appliance you reach for can depend on the recipe. Thinner mixtures, such as pancake and waffle batter, can be made easily in both a blender and a food processor. However, for thicker batters, such as cake mixture, a food processor can be the better choice – although a professional-style blender should be able to work through any lumps with assistance from a tamper.

You’ll need to reach for a food processor for doughs, especially heavy mixtures such as cookie dough. Not only because there’s more room inside the bowl for the contents to combine, but also because a food processor’s knife blade is ideal for whizzing through lumps of cold butter and nuts. Food processors usually come with a dough blade as well that’s designed to mix and knead dough quickly by pulling and tearing rather than slicing. 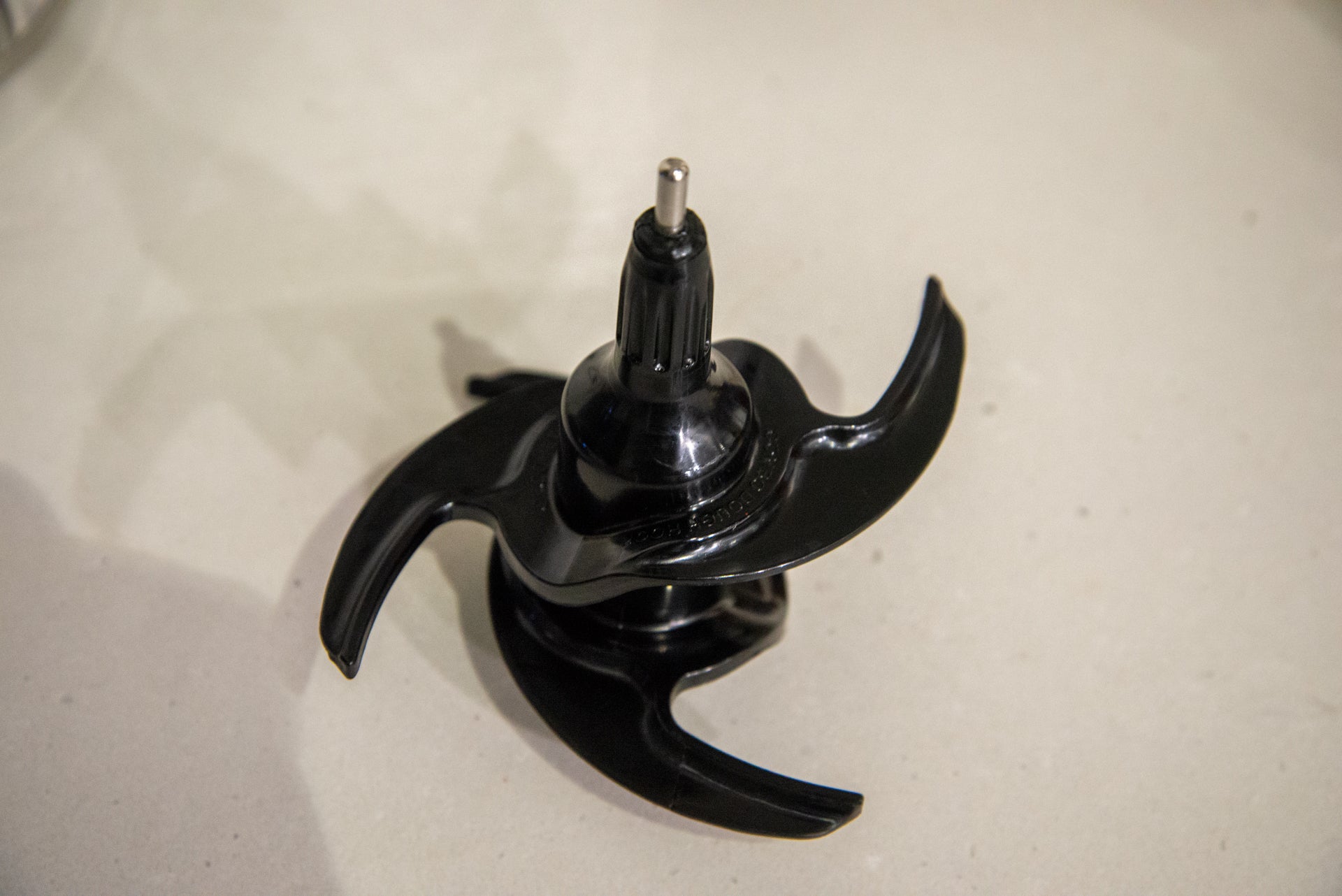 Both blenders and food processors tend to be low maintenance if you have a dishwasher. While there might be one or two parts that need to be washed by hand, the majority will be top rack safe. Without a dishwasher, a blender tends to be quicker to clean up after use, especially as some have self-cleaning programmes to shift debris lurking around the blades. Food processors can be quite involved to clean up – multiple sharp blades and discs require careful washing with a brush.

Blender vs food processor – which one should I buy?

One of our top choice blenders come into their own if you’re trying to get more fruit and vegetables in your diet by way of smoothies and soups. They’re also great for other drinks and ice crushing as well as whipping up a batch of crepes at the weekend. However, unless you invest in a pro-style model with plenty of power, their abilities can be limited, and will suit the occasional bit of other kitchen work, such as making salsas and sauces.

Keen cooks would better off investing in one of our top food processors. As well as being able to chop and purée, a food processor can handle multiple mixing and whisking jobs. This makes it a versatile kitchen helper for both daily tasks and baking. If you want to save space, then a product such as the Ninja 3-in-1 Food Processor with Auto-IQ BN800UK gives you the best of both worlds: one motor base but blender and food processor attachments.