Following recent rumours of the BlackBerry A10’s power and size, the first image of the device has leaked onto the internet.

The picture revealed by BGR (see below) shows the BlackBerry A10, also known as the Aristo, in all it’s large-screen glory.

It’ll be a touch-only device (no trademark BlackBerry keyboard) with a large 5-inch Super AMOLED display – the largest BlackBerry smartphone yet.

The BlackBerry A10 will apparently feature a dual-core CPU backed by 2GB of RAM, as well as a separate GPU. Previous reports claim that BlackBerry will leverage this setup to make the A10 a gaming powerhouse.

The rounded edges and touches of white revealed in this picture appear to partially confirm previous suggestions that the BlackBerry A10 would resemble the Samsung Galaxy S4 more than any previous BlackBerry. Having said that, we can definitely see plenty of the BlackBerry Z10‘s design language in there.

Apparently the BlackBerry A10’s rear will “feature something similar to the BlackBerry Q10,” though we’re not quite sure what that’s supposed to mean at this point.

The report maintains that we’ll be seeing the BlackBerry A10 hit the market some time this autumn. 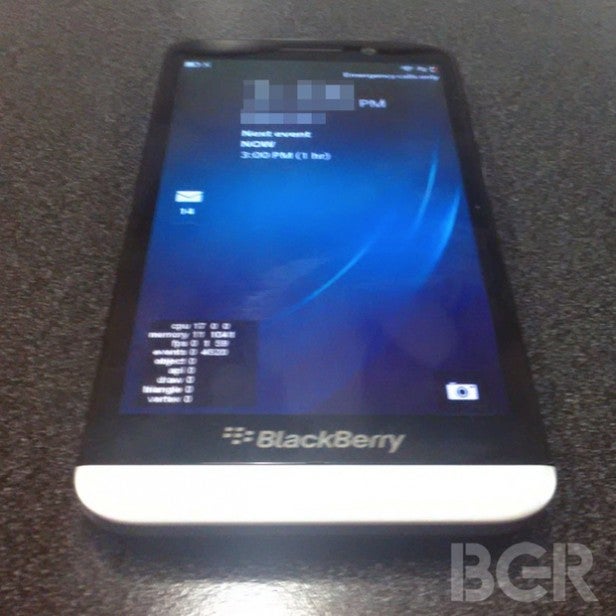