Black Shark 2 has entered the gaming smartphone battle royale, but is it actually better than what’s already available?

Razer has long been one of the ruling brands for gaming hardware, and looks to have the edge over competing gaming smartphones such as the Asus ROG Phone. If anyone’s going to knock Razer off its perch, though, it’s going to be Black Shark. After building a reputation in homeland China over the past few years, Black Shark looks to be taking the Daenerys Targaryen approach by storming onto western shores with the sole focus on taking the throne.

Because we’re yet to finish our full testing process with the Black Shark 2, we’re going to focus solely on specs and initial impressions here, so bear that in mind.

Gaming-centric smartphones are often rightly accused for being too over the top in terms of design – we’re looking at you Asus ROG Phone. There’s a time and place for RGB lighting, and it certainly isn’t your pocket. Both the Black Shark 2 and Razer Phone 2 avoid this pitfall, but the latter arguably swings too much the other way.

The Razer Phone 2 is very angular in design, with the two speakers that sandwich the screen turning the smartphone into a rigid rectangle. The device looks rather bland on the rear too, with nothing but a reflective surface and the iconic Razer logo to take note of. If you’re unfamiliar with the Razer brand, there’s no obvious visual clue here to show this smartphone has a gaming pedigree. 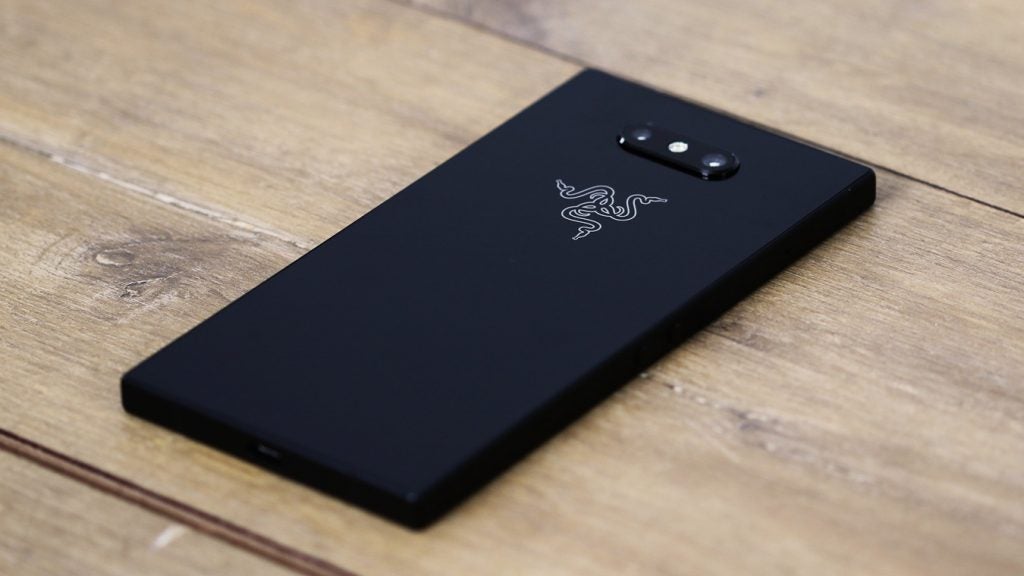 The Black Shark 2 meanwhile, showcases an edgy and stylish look, with the entwined glass and metal on the rear combining to draw in your gaze. And while it doesn’t quite have the trendsetting edge-to-edge display popular with modern AAA smartphones, the bezel is still super skinny and looks similar to the Samsung Galaxy S10.

Both gaming devices have opted for clean edges, with little to no buttons present. The Razer Phone 2 has looked to space space by integrating the fingerprint scanner into the power button. The Black Shark 2 has an even smarter trick though, with the fingerprint scanner built into the screen – it’s an effective solution and is zippity fast at registering your prints. Neither phone has the bragging rights for face/iris scanning though. 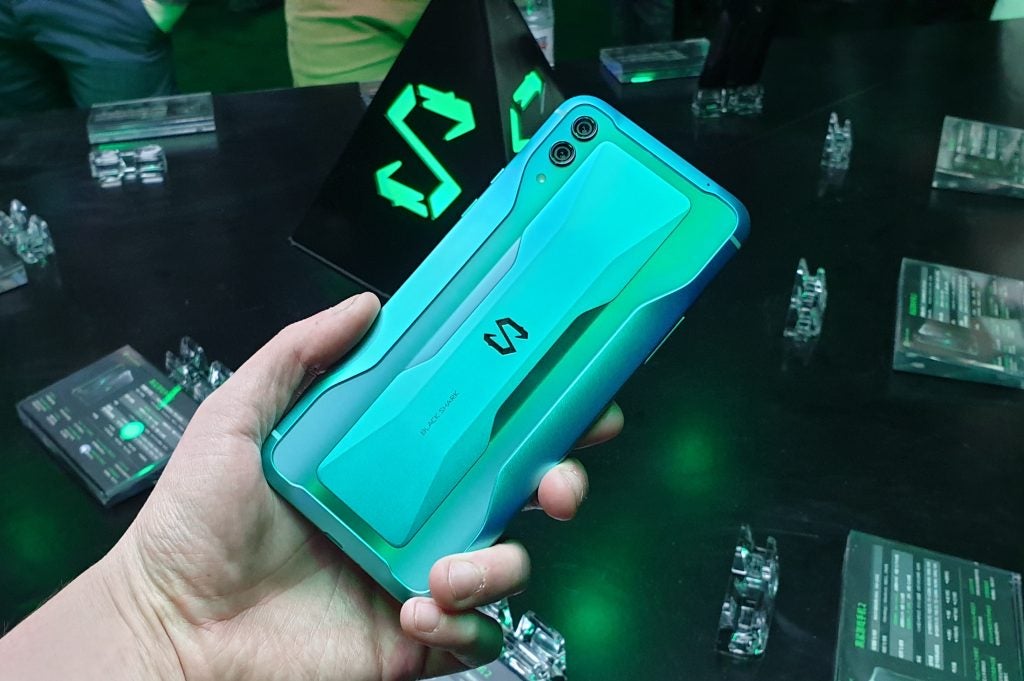 There’s another major omission that both phones are guilty of scrapping: the headphone jack. You’d think that gaming brands would be keen to leave room for your 3.5mm wired gaming headsets, but it looks like saving space and resources was a greater priority for both companies. At least you get a USB-C to headphone adapter bundled in the boxes.

The screen is perhaps the most interesting and competitive face off between the Razer Phone 2 and Black Shark 2. It’s difficult to say which is superior though, as both have gone for entirely different approaches.

The Razer screen is a 5.72-inch LCD with a Quad HD (2560 x 1440) resolution. With an aspect ratio of 16:9 and a lack of rounded corners, the Razer Phone 2’s screen does look a bit old school, but there’s no complaints about the display’s quality. 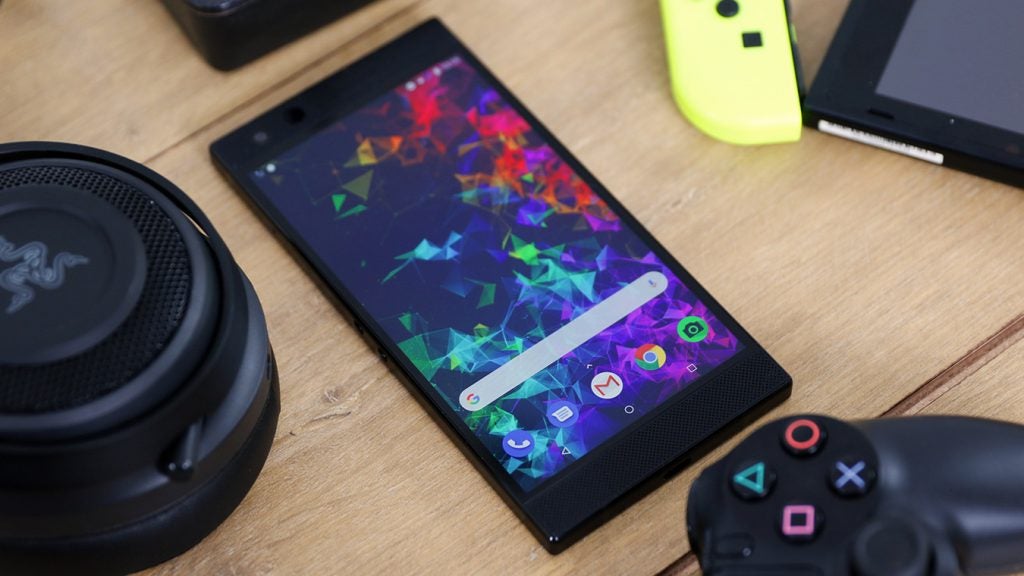 Why did Black Shark settle for such a low refresh rate? The company argued it would be a needless expense since only a handful of mobile games support a refresh rate over 60hz. Razer, meanwhile, has listed over 100 mobile games on its website that can handle 120hz, so some extra testing is required to find out who’s telling porkies. 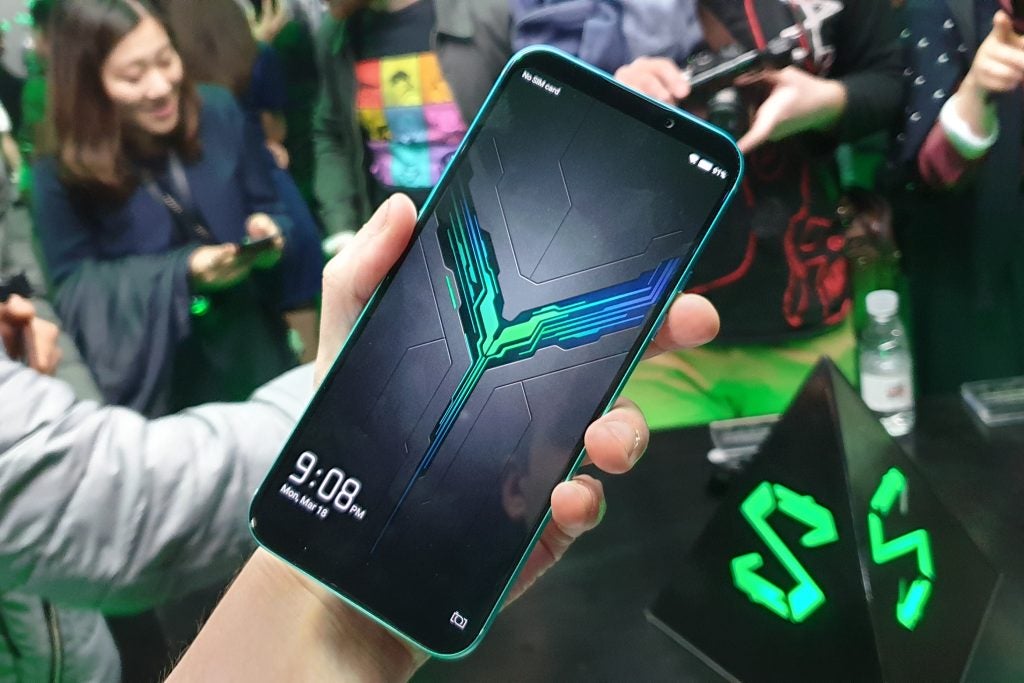 The Black Shark 2 also loses out in the resolution battle, only being able to offer a Full HD 2340 x 1080 display. There’s a reason for this though, and that’s because the Black Shark 2 boasts an AMOLED screen instead. This means colours look more punchy, while blacks are noticeably deeper than what you’d find with an LCD screen. With an AMOLED panel, it’s easier to forgive the Black Shark 2 for some of its screen’s shortcomings, as otherwise the cost would spiral out of control.

You’re also getting a slightly bigger screen with the Black Shark 2, measuring in at 6.39 inches which is half an inch bigger than the Razer Phone 2. The size of the screen is more important than usual for a smartphone, since these are both going to be used for gaming on the frequent.

The Black Shark 2 boasts significantly better performance and already looks a comfortably victor in the area. With a Snapdragon 855, this is as good a processor as you can currently find in a smartphone. The Razer Phone 2, meanwhile, can only offer a Snapdragon Snapdragon 845.

The CPU advantage clearly isn’t enough for Black Shark though, with its range of RAM options maxing out at a whopping 12GB which is still a rarity for phones. The Razer Phone 2 is only available with 8GB RAM, but to be honest that’s more than enough for any mobile game.

How do these specs translate to actual performance? We’ve benchmarked both smartphones for a comparison. The Black Shark 2 configuration tested here has 8GB RAM, which is convenient for comparison’s sake.

As you can see, the Black Shark 2 easily beats the Razer Phone 2 in every single benchmark. In fact, this may just be the most powerful Android smartphone we’ve tested yet. No matter what mobile game you chuck its way, the Black Shark 2 is going to offer blitzing performance.

The Black Shark 2 also has a slew of surprising features that help make it feel like a bonafide gaming portable rather than just an amped up smartphone. The most notable one is called ‘Master Touch’, which works similar to Apple’s Force Touch.

Basically, the OLED display is pressure sensitive, so if you press down hard you can trigger a separate command to what a simple tap would. This means it’s incredibly easy to switch between aiming your gun and firing, with no need for your thumb to lift off the glass panel.

The Black Shark 2 also supposedly has the the world’s lowest latency found on a smartphone touchscreen, a direct touch liquid cooling system and an X+2 Antenna for stronger and more stable network connections. 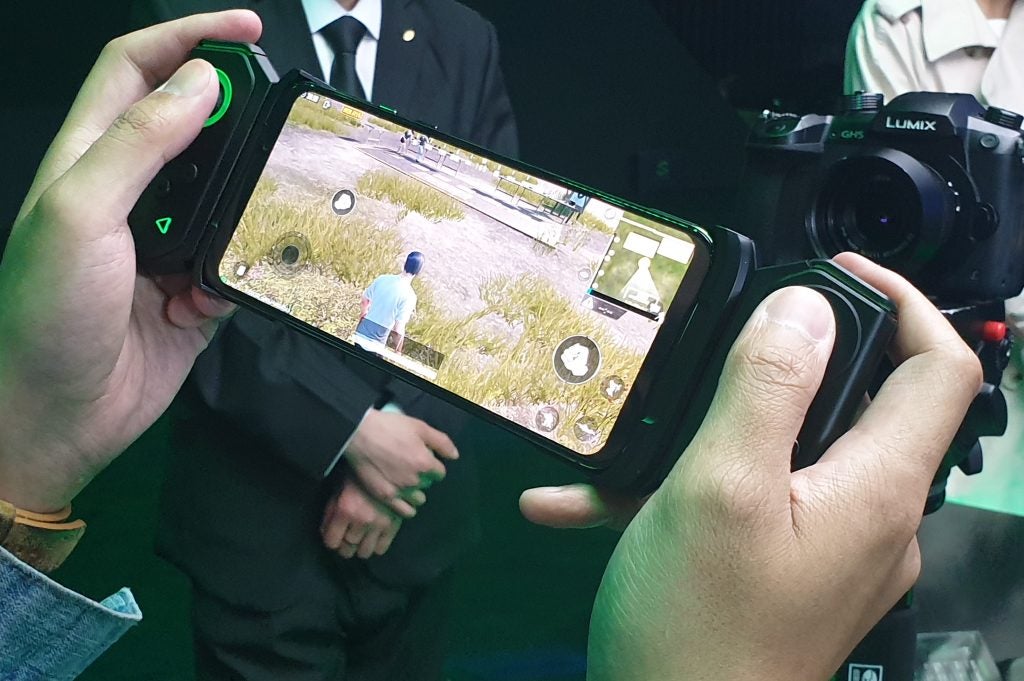 Our favourite Black Shark 2 feature, though, is the capability two clip on two Bluetooth controllers onto the sides that feel and look very similar to the Nintendo Switch’s Joy Cons. This new accessory has to be bought separately, and UK prices aren’t currently available, but they’re certainly a game changer that make controlling action and shooter mobile games easier and more intuitive.

In comparison, the Razer Phone 2 doesn’t actually have any fancy control methods that separate it from any other bog-standard smartphone. If you’re playing the likes of Fortnite, there’s nothing more to it than tapping on-screen buttons. 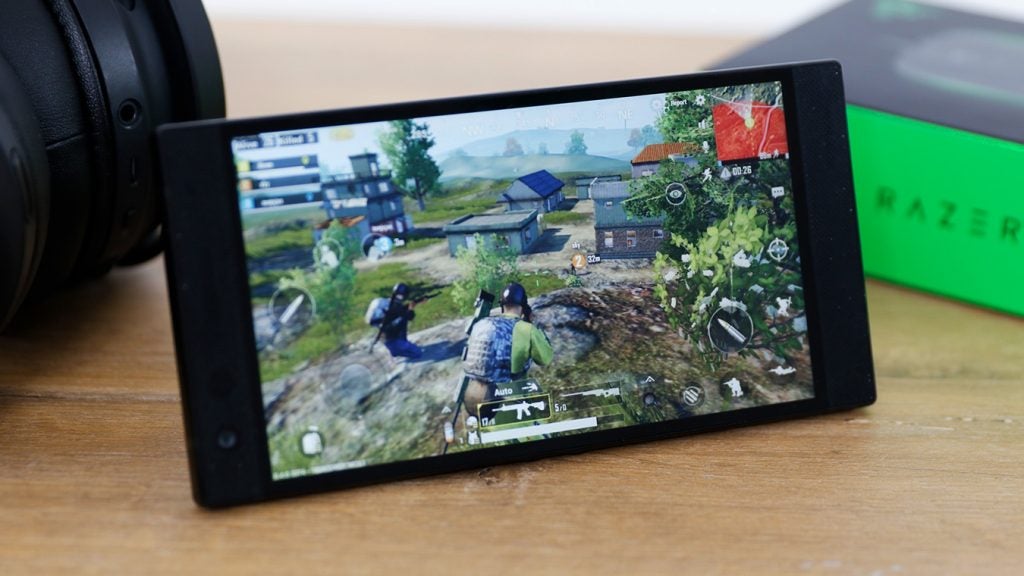 The Razer Phone 2 does have its own unique method of keeping things cool though, with a new Vapor Cooling system. The smartphone also features wireless charging and Ultramotion, which works a lot like G-Sync, syncing the GPU to the refresh rate to prevent screen tear. Other than that though, the Razer doesn’t really have anything else to separate it from the growing crowd of gamified phones.

If the Black Shark’s performance is the match-defining punch, the price looks to be the knockout blow. The base price of the Black Shark is a super-affordable £360, which comes with a configuration of 6GB RAM and 128GB of storage. That’s dirt cheap considering the specs. The most expensive configuration isn’t too pricey either, offering up a whopping 12GB of RAM and 256GB storage for a reasonable £475.

The Razer Phone 2’s retail price is considerably more expensive at £779.99. You’re only getting 8GB of RAM and 64GB of storage with that investment. That said, Razer has slashed the price of its phone temporarily down to £499, which brings it it more in line with the Black Shark 2. If you ask me though, the Black Shark 2 still represents better value even after Razer’s price cut.

The sticking point for the Black Shark 2 is that the smartphone is not yet out in the UK. It’s currently exclusive to China, although European and USA launches are expected within the next two months. The Razer Phone 2, on the other hand, is available to buy right now.

If we’re talking about which gaming smartphone represents the best value, it’s hard not to give the Black Shark 2 the victory. Its £360 price is gobsmackingly cheap, especially considering you’re getting one of the most powerful Android smartphones currently available. The option of the controllers also helps the Black Shark 2 feel like a certified gaming machine.

If the Black Shark 2’s underwhelming 60hz refresh rate is a deal breaker though, then the Razer Phone is still a worthwhile alternative with a 120Hz display – especially with the Ultramotion technology which eradicates screen tearing.