When Red, the renowned maker of high-end movie cameras, announced the holographic Hydrogen One phone last month, we immediately dubbed it a contender for ‘WTF product of the year.’

In a press release, accompanied by a single render, the company promised a glasses-free 3D display, modular components and a ludicrous top-end price tag of $1,595.

Surprisingly, there was also no mention of the Android device’s cameras.

However, now we’ve got our first proper look at the company’s first handset, courtesy of YouTuber Marques Brownlee.

The noted phone reviewer was sent three prototypes by Red, including the ‘fit and finish’ version that’s likely to be closest to the retail design.

Interestingly the massive phone features notches to assist with the grip on either side and a dedicated record button.

There’s a pair of front-facing speakers and pins on the rear that look like a carbon copy of the Moto Mods connector on the Moto Z range.

Another prototype features a working version of the holographic display, which Brownlee wasn’t allowed to show on video. 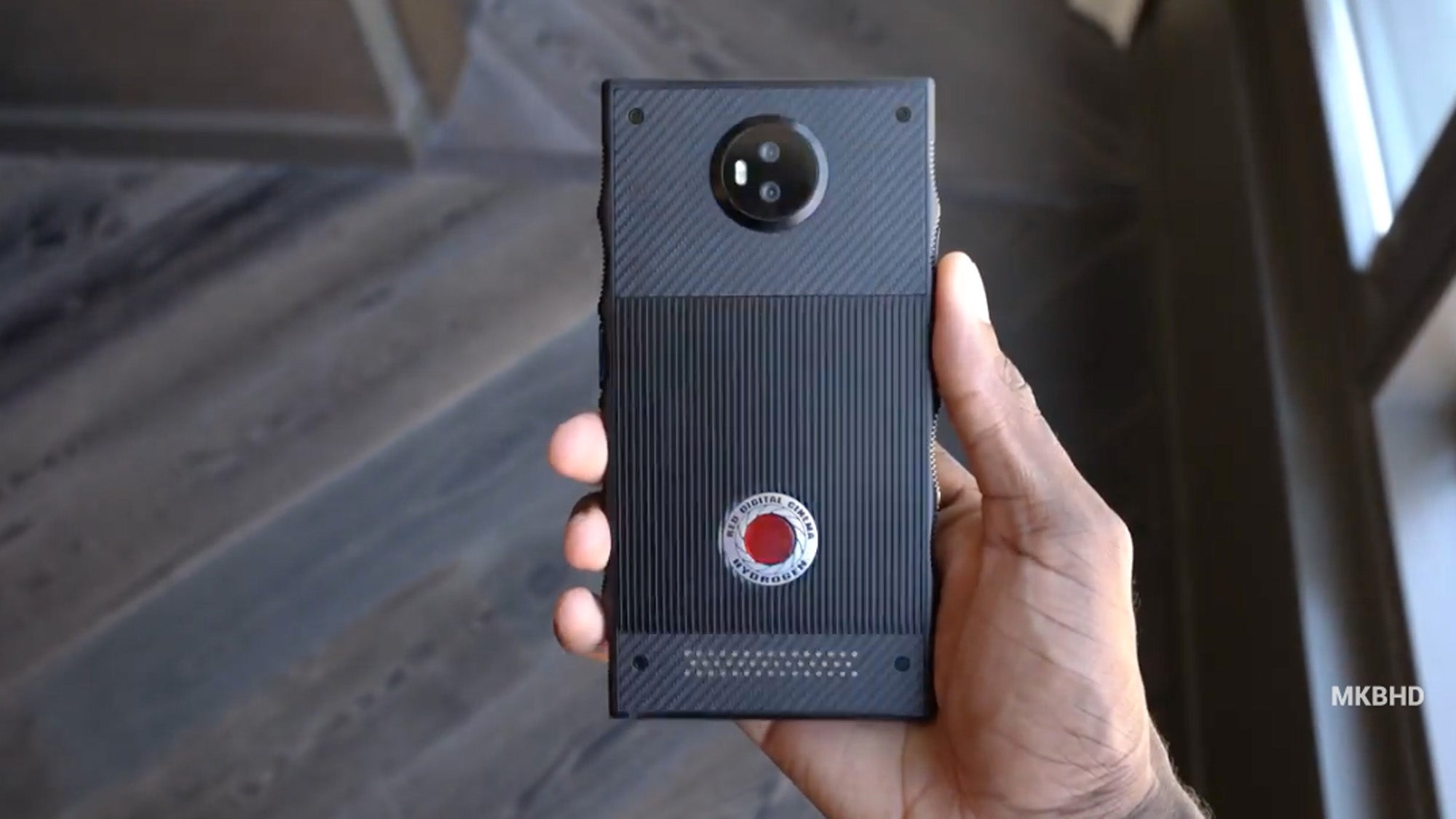 He claimed to be impressed by the tech, although issues like light bleeding and stuttering still need to be resolved.

In terms of photography and video Brownlee says the company views the phone as the future of “small form factor cinema.”

Red said the quality should only be surpassed by other, larger Red cameras. A bold claim, for sure.

Brownlee also demonstrated a modular lens attachment for the phone, which will begin shipping in 2018.

The company is already offering pre-orders if you’re already sold on the content.