After an original launch marred by display issues, Samsung has finally got its Galaxy Fold smartphone ready for a September 18 UK release date.

The Korean brand’s first foray into foldable smartphones – and the biggest rival to the Huawei Mate X – was set to be released just after the Galaxy S10, however when the phone began getting into the hands of reviewers issues quickly arose.

From dirt and debris causing the screen to malfunction to the accidental removal of a vital part of the display, the launch was pushed back a number of times.

But Samsung isn’t moving on the Galaxy Fold 2 quite yet. With a second release date now official, we’ve spent an afternoon with the updated Fold. Here’s everything that Samsung has done to try and avoid it breaking all over again – and a couple of other improvements too.

That ‘screen protector’ has had a massive redesign

One huge problem with the original Fold design was that the top portion of the display looked very much like a pre-applied screen protector. This lead to some early reviewers attempting to peel it off and, well, things went downhill from there.

Samsung has fixed this, stretching the top-layer out under a plastic rim that juts above the display. It’s a small change, but it makes a massive difference and you can no longer get your fingernail underneath. 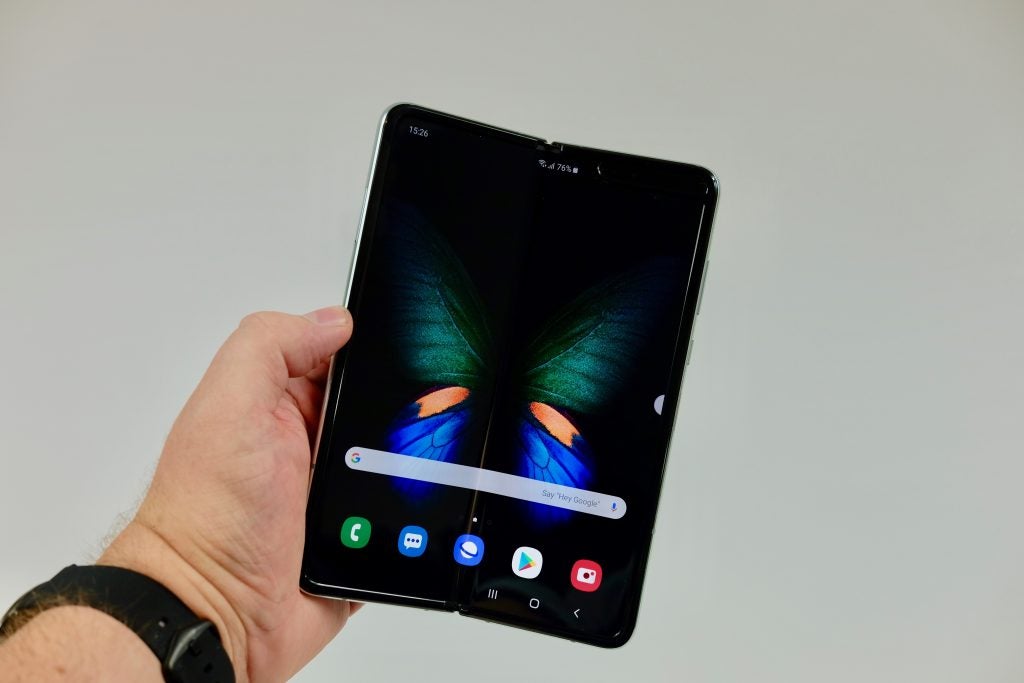 If the issues weren’t caused by the removal of the display coating, they were caused by dust getting under it.

Again, Samsung has acted to sort this out. There is now a small plastic cap on the portion of the top and bottom of the display that folds, essentially stopping anything getting inside when you’re closing the phone up. 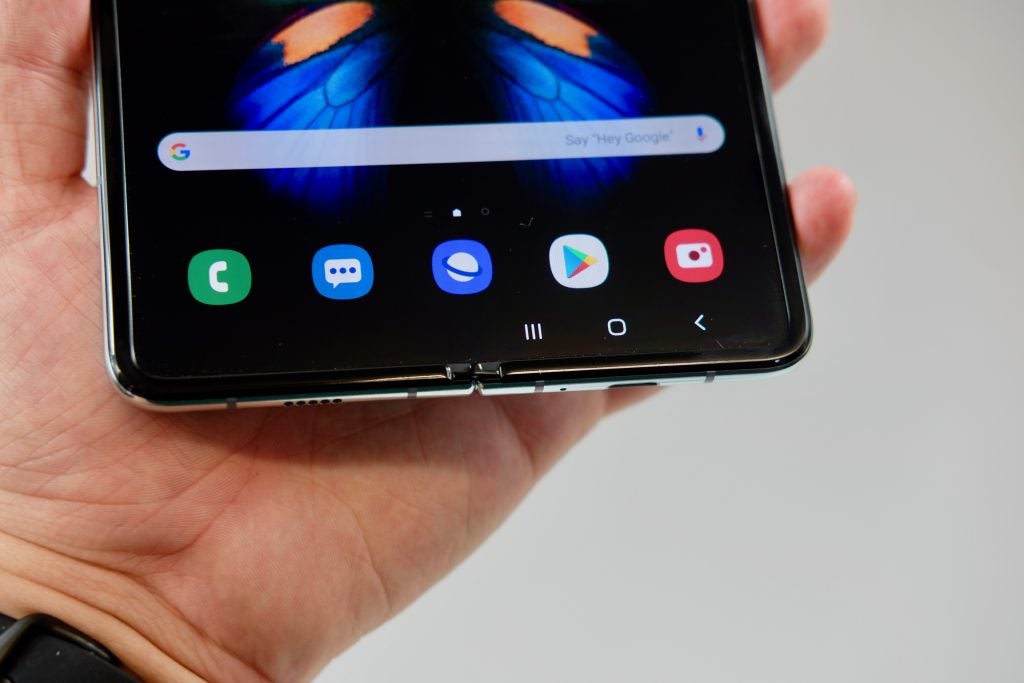 You can see the extra plastic cap in the middle

The hinge has been improved

During our time with the updated Fold Samsung noted that it has improved the hinge mechanism, again to ensure no debris gets inside when you’re folding it up.

Apparently the screen is now closer to the hinge and there’s less open space. We also felt there was a little more resistance when opening and closing the device.

We always knew the Samsung Galaxy Fold would come in a 5G iteration, however when it launches in the UK on September 18 you’ll only be available be able to pick it up with the next-gen speeds. There will be no 4G version of the Fold launching in the UK. 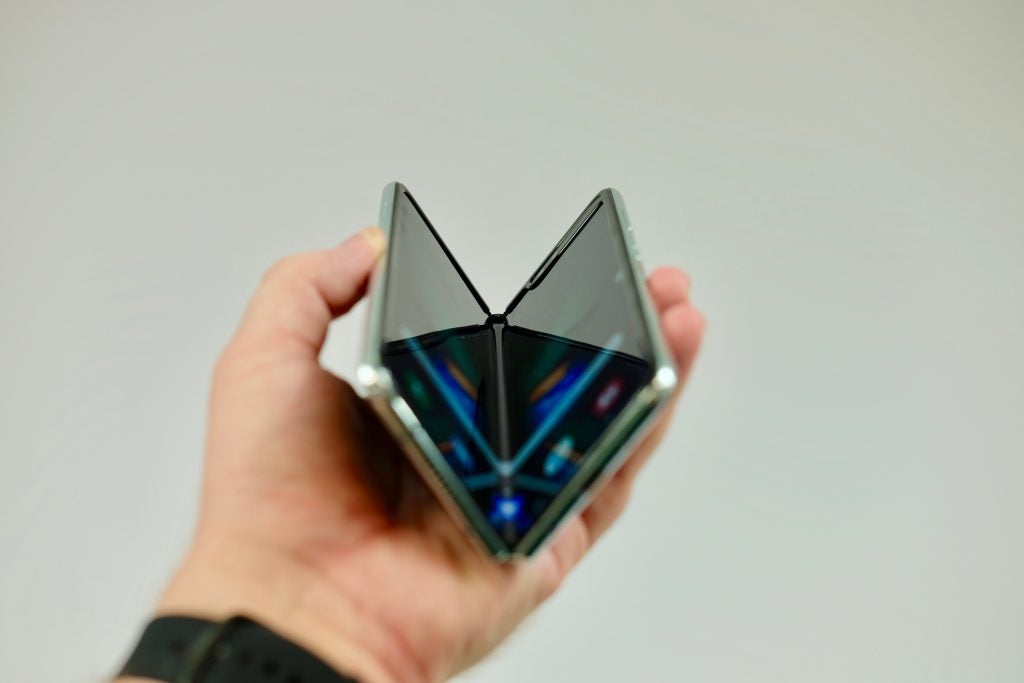 This doesn’t spell the death of the 4G version completely, though. You’ll be able to bag this variety in places like France, and it seems like it might be floating around the US too – however, Samsung wasn’t able to confirm this.

In the UK the Fold will be an EE exclusive to begin with, and you’ll also be able to buy it directly from Samsung.

There are some small, but vital, software tweaks

Nothing to do with making the Fold more rugged this point, but Samsung has made some minor tweaks to the software during the past few months. 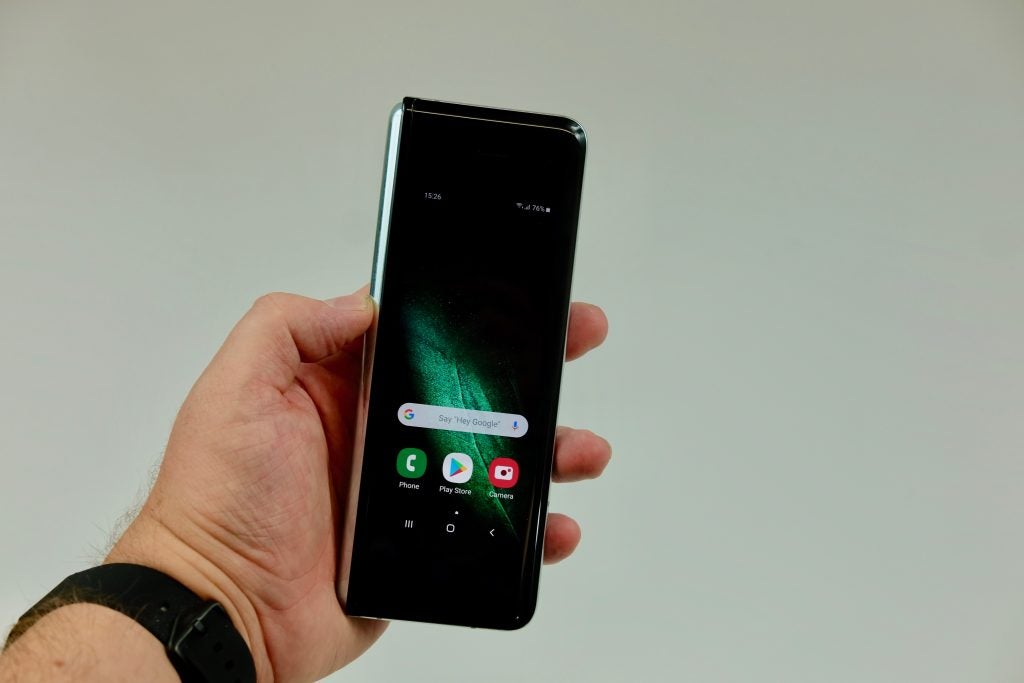 It stated it has been continually working with devs to get big apps running – we saw Prime Video comfortably flipping between states when the phone was closed and then opened again – and the navbar soft-keys have been shunted all to the left corner. This makes it much easier to hold the phone with one hand and navigate around the One UI interface.