The days of limiting your stream of consciousness to 140 character tweets may be numbered. In a surprise announcement late on Tuesday, the social network announced an experiment that doubles the text limit to 280 characters.

The feature will initially be enabled for a small sample of users before a potential rollout to the entire community.

“We want every person around the world to easily express themselves on Twitter,” the company wrote.

So why now? Well the company says the character limit has become “a major cause of frustration for people tweeting in English.”

The firm compared it with Japanese users who, due to their written language, are able to fit much more into a tweet than us Brits.

For example, the firm says only 0.4% of tweets in Japanese fill out the 140 character limit, whereas 9% of tweets written in English do. 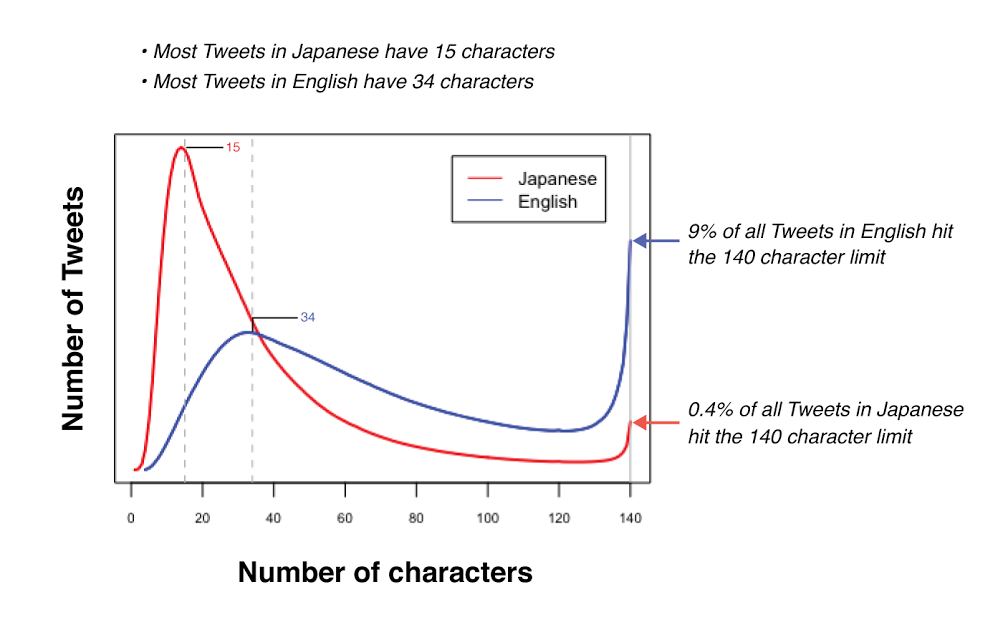 Twitter has introduced various ways to make 140 characters go further, like eliminating URL links and pictures from the count.

However, a sizable proportion of users have previously railed against rumored plans to increase the character count. Today, the company said it is aware of the ‘emotional attachment’ some users have to the current character limit.

“Twitter is about brevity,” the post reads. “It’s what makes it such a great way to see what’s happening. Tweets get right to the point with the information or thoughts that matter. That is something we will never change.

“We understand since many of you have been tweeting for years, there may be an emotional attachment to 140 characters – we felt it, too. But we tried this, saw the power of what it will do, and fell in love with this new, still brief, constraint. We are excited to share this today, and we will keep you posted about what we see and what comes next.”

The reaction so far, as you might expect, hasn’t been entirely positive. Here’s a few to chew on:

What do you make of Twitter’s decision to play with the character limit? Drop us a line in 140 characters @TrustedReviews on Twitter.