Bethesda’s annual E3 showcase is over, and it was certainly short and sweet. We saw upcoming expansions for existing titles and confirmation of long rumoured blockbusters. The best part is, all of the titles mentioned are coming in 2017! Read on for all the latest news from our detailed liveblog.

TrustedReviews has compiled everything you need to know about Bethesda’s E3 2017 press conference, including all the latest news, games, announcements, and where you can watch all the action unfold.

0540: That’s a wrap! Bethesda has a very short showcase this year. That being said, it’s nice to see a solid selection of games confirmed for this year as opposed to the far-flung future.

0529: Everyone’s favourite Nazi-killing adventure is coming to the United States! Bethesda and MachineGames have announced Wolfenstein: The New Colossus. The Germans have invaded the US, and B.J Blazkowicz has a few things to say about that. Expect another brutal first-person shooter with plenty of soldiers, mechs and canines to fight.

0524: After a number of sneaky rumours, The Evil Within 2 is official. Industry legend Shinji Mikami returns to direct this chilling survival horror experience. Introduced with a spooky, and brilliantly directed CG trailer, it seems Bethesda has a lot of faith in this one.

0522: Quake Champions is up next, with a focus on e-sports and the introduction of Wolfenstein’s B.J Blazkowicz as a playable character. A teaser of things to come?

0519: Dishonored 2 is receiving a solo expansion with Death of the Outsider. This new outing is coming to PS4, Xbox One and PC on September 15. Check out the trailer below:

0516: Elder Scrolls: Legends is receiving a Skyrim expansion on June 29th! The F2P card game takes inspiration from Hearthstone, and is a great way for fans of the RPG to try something different. Now we’re getting another look at Skyrim on Nintendo Switch. Amiibo support and waggle control is confirmed, which feels totally strange in a Bethesda RPG.

0513: Bethesda is introducing a new feature known as ‘Creation Club’ for Fallout 4 and Skyrim: Special Edition. Coming this Summer, it will curate mods chosen by Bethesda and the community to ensure the best player experience.

0511: Elder Scrolls Online: Morrowind is out now, and Bethesda seems keen to remind us with an impressive new trailer. Players can return to the iconic region in all its beauty, except this time in MMO form.

0505: Fallout 4 and Skyrim: Special Edition mod support have seen the download of 300 million mods since release, a prety cool milestone. Now Bethesda is moving onto talk of virtual reality. Fallout 4 VR is still on the way, and DOOM VFR has also been announced with a gnarly trailer. Time will tell how well such a high-octane shooter will operate in VR, though.

0504: Marketing VP Pete Hines takes to the stage to introduce the show, introducing Bethesda’s third-annual E3 showcase. What could he have in store?

0500: Things are kicking off with an adorable video package filled with the developer’s children. A cute way of introducing the people who work at Bethesda before revealing the ambitious projects they’re working on.

Bethesda E3 press conference livestream – Where can I watch it?

The conference will be hosted through Bethesda’s Twitch and YouTube channels, where you can watch the whole thing live. 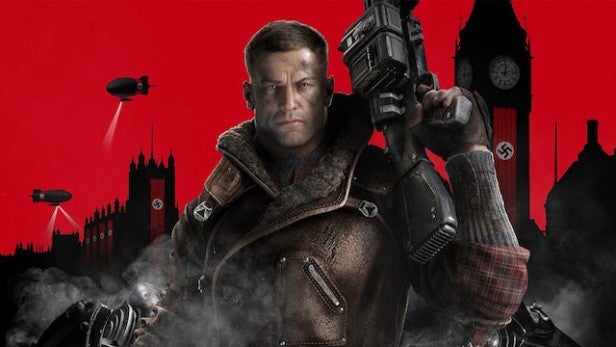 Did Bethesda impress this year? Let us know in the comments.