After an awards scandal last year, CES sex tech is back on track with a healthy serving of new pleasure gadgets.

This year’s sex tech made a big impression on most CES visitors, with brightly coloured booths and quirky new toys aplenty. Here are the devices that stood out to us – and the ones we’re banning from the bedroom.

The sex tech that gets a big [CENSORED] up

Crave made a big statement with its booth this year – literally, there was a big statement above the booth stating ‘If we talk about pleasure out of the sheets, we can bring it out of the shadows.’ The team had also lined up a build-a-vibe workshop, where attendees could craft their own vibrators.

But it was the products themselves that deserved the most attention. The Vesper Touch and Tease are disarmingly stylish ring designs, with little portable vibrators attached. The company also had its necklaces on display, which feature discreet vibrators (again) attached to simple metal necklaces. 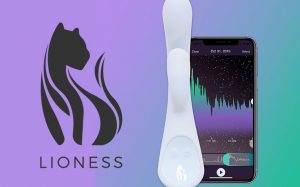 Using this gadget and app combo, pleasure seekers can keep track of all their orgasm data. According to its makers, the AI-technology reveals “hotspots” where users are close to orgasm.

In theory, this should show you long-term trends in your orgasms and let you “learn your own body.” Perfect for anyone who gets hot for data charts. It also has handy remote control capabilities, so partners can get involved.

This is the second time that DiCarlo has won an award with her innovative gadgets – hopefully, CTA won’t get all red-faced and try to take it away this year.

The smaller of the devices, Baci, simulates the feel of human lips and is a “clitoral stimulator.” The larger one you can see is Onda, a g-spot massager that’s designed to mimic “the motion of a human finger.” 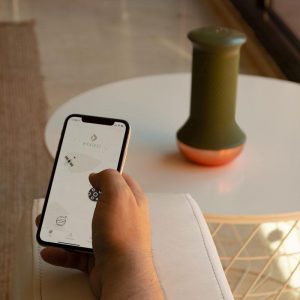 This brand is firmly positioning itself within in the world of male sexual well being, rather than the pleasure market.

It’s is another gadget and app combo, but this one promises to gamify your climax through the app, so you can train yourself to “improve and enhance your ejaculatory reflex.” The company’s biggest boast is that it can help you significantly extend your pre-climax time. 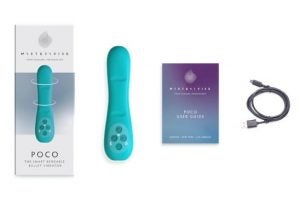 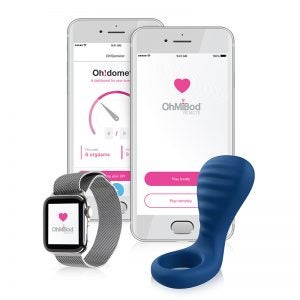 The company’s new smart vibrating couple’s ring is an upgrade on the previous couples design – as it’s actually made to be worn as a ring – but still retains the key feature of letting you march to your favourite song’s rhythm.

And a thumbs down for these 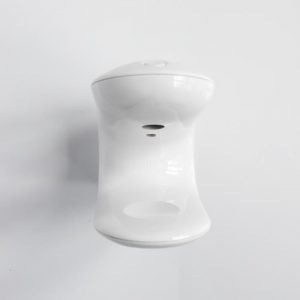 Lovense had a strong presence at CES, showing off their male-focused masturbators.