Blasting through horror games on your telly can be a suitably scare-filled way of spending Halloween 2018. However, to experience true terror you really need total immersion. That’s why we’ve rounded up some of the best VR horror games that you can play on PSVR, Oculus Rift, HTC Vive and Oculus Go right now.

Virtual Reality is the perfect partner to modern horror titles, on PC and consoles. After all, with VR you aren’t simply playing the game – you’re inside of the game, hopelessly trapped and completely vulnerable. This immersive tech thrusts you deep into that haunted house, ghoulish carnival or pitch black basement, and dares you to escape alive.

You can enjoy VR gaming on your PC if you’re flush enough to afford the Oculus Rift or HTC’s Vive platform, while PS4 owners can get involved thanks to PSVR. Standalone and smartphone solutions such as Samsung’s Gear VR and the Oculus Go also offer their own horror experiences for particularly brave players.

Here’s our pick of the most terrifying VR horror games on all of these platforms, for Halloween 2018 and beyond. And for more traumatising experiences, check out our round-up of the best horror games that aren’t VR. 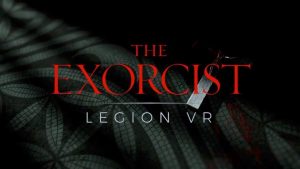 At first we thought this was a simple cash-in on William Blatty’s brilliant novel and the subsequent film, but boy were we wrong. Exorcist: Legion consists of five bite-sized horrifying episodes, each playing out as a standalone supernatural story. Investigate a disturbing case, figure out what’s going on, obliterate your pants in utter terror – that’s the general structure of each entry.

Gameplay is definitely on the light side, although you’ll have to thoroughly explore your surroundings and solve some basic puzzles to get through each case. Creeping dread builds to a cathartic climax each time, while the VR perspective is far from a novelty – it really makes Exorcist: Legacy a memorable and traumatising experience.

Until Dawn: Rush of Blood (PSVR) 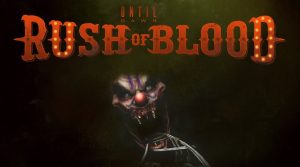 We’re still big fans of the original Until Dawn, a tongue-in-cheek and suitably gory survival horror which was one of the PS4’s first big exclusives. So it’s good to see another entry hit the Playstation Store in the form of this VR-only title, Rush of Blood.

This time around you’re literally on rails, as the entire game plays out on a series of amusement rides. There’s nothing ‘amusing’ about them of course, as you’ll constantly be ducking blades, dodging projectiles and blasting seven shades out of all kinds of grim foes. Killer clowns, mutant spiders, horrible pig things – all present and correct. Fast and frantic is the best way of describing Rush of Blood, which only adds to the heart-rending horror. 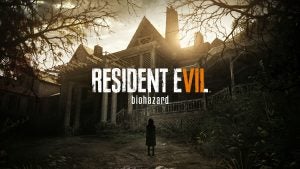 No round-up of the best horror VR games would be complete without Resident Evil 7 thrown into the mix. This nasty, filthy title washed away any bad feelings left behind by RE6, culling the Hollywood-style action and restoring the quiet, creeping horror of the original games.

With inspiration taken from classic terrors such as Texas Chainsaw Massacre, RE7 pits you against a psychotic family on their isolated estate. The game was bloody terrifying on TV, and in virtual reality it’s so traumatising that we recommend playing in rubber underpants. 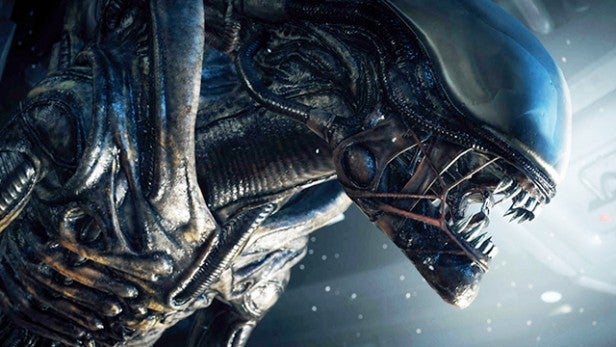 Like Resident Evil 7, this title was horrible enough on the flat screen. When you’re actually standing in the protagonist’s shoes as she’s tucked away inside of lockers or crouching behind desks, all while a hungry xenomorph stalks you just metres away…well, it’s definitely brown trousers time.

Alien: Isolation is a story-driven thriller, casting you as Ripley’s daughter, Amanda, as she searches for her long-lost mother in the murkiest corners of the galaxy. The game certainly stays true to the franchise and packs plenty of thrills, while the hulking space stations look fantastic in VR form. If you prefer occasional bouts of horror to non-stop gore and action, then we heartily recommend this one for a late night gaming session. 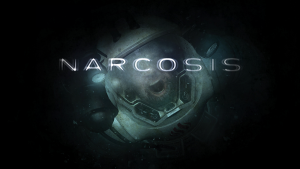 Another story-drive horror experience, except this time you’re stuck in a claustrophobic diving suit, deep beneath the ocean surface. Narcosis is a psychological horror which sees you exploring a dark, dripping base station with little more than a bag of flares for company. It’s not long before you start seeing things in those murky rooms and corridors, but are you going nuts – or is something more sinister at work here?

The game is certainly atmospheric in 2D, but it’s creepy as hell in full VR. 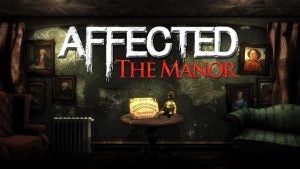 Affected is your more typical haunted house experience, although it’s done so well in virtual reality that it deserves a space in this best-of round-up. Forget about solving puzzles, or engaging any part of your brain other than the fear sector. This is a simple excursion through a twisted manor, where your only ‘objective’ is to keep your undergarments as dry as possible.

Horror fans will recognise many of the jump scare tropes, but that doesn’t stop them from being completely horrible when they pop up. Plus there are a couple of different routes and four endings to uncover, for some measure of replayability. 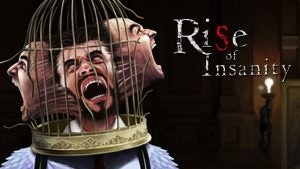 Rise of Insanity is a light gaming experience just like Affected, with a few basic puzzles thrown in and more of a focus on storytelling. You play as a psychologist who’s hoping to get under the skin of his latest patient, although his own murky past intertwines with the main tale. The plot isn’t anything spellbinding but that atmospheric environment really sucks you in, and the game can certainly get quite tense. For more creeping dread than all-out horror, this is a solid pick. 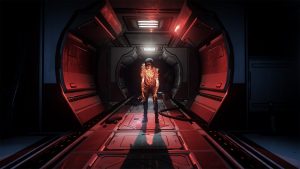 This remains one of the best VR games on the PS4, hands-down. The Persistence is another survival horror set in space, this time with a killer twist: you’re one of a number of clones stranded on a dead ship, and all of the others have been ‘corrupted’, turning them into zombie-esque creatures. Stealth is the key to surviving at first, although you’ll upgrade your abilities and weapons as you advance. Thankfully death isn’t the end, as you can simply re-clone yourself to continue the game – although you’ll lose your gear and the ship layout changes each time. 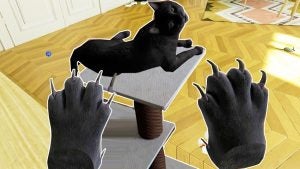 Once you’ve ruined all of your y-fronts with these horrible games, it’s time to bring things down a few notches. Catify VR puts you in the fuzzy paws of a naughty feline, getting up to mischief while your owner is out. Believe me, you’ll need to play this if you want to get any sleep after burning through the rest of the list.