While there are many reasons why you’d want to buy a VPN (Virtual Private Network) subscription, people are increasingly turning to VPNs in order to let them stream TV shows from back home while they’re on holiday. With a VPN you can, for example, access the U.S. Netflix library when you’re not actually in the U.S.

If you’re interested in getting a VPN specifically for streaming content, then this article is for you.

Drawing on independent and regularly refreshed test data, we’re listing a number of tested VPNs which are able to provide access to popular geolocked streaming services, and give you enough bandwidth in order to be able to reliably stream content in SD, HD and 4K Ultra HD.

As VPNs create an encrypted tunnel between your home network and the VPN provider’s servers, your bandwidth, or your Internet connection’s speed, will degrade to a point, even if you’re hooked up to a superfast or ultrafast fixed-line service.

As you’ll need at least 2Mbps, 5Mbps and 25Mbps to watch content in standard definition, high definition, and 4K, recorded speed information is useful. So which are the best VPNs for streaming? 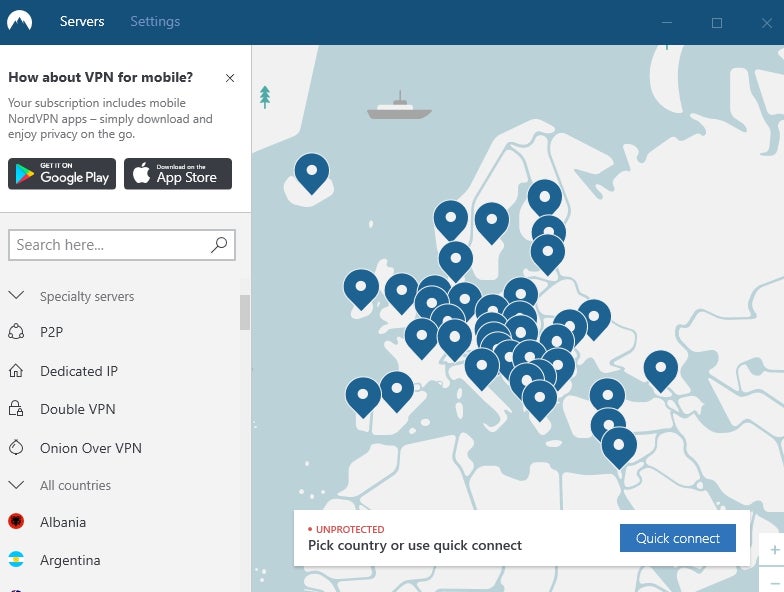 The best VPNs for streaming

In our most recent round of testing, we rate NordVPN as the best VPN for streaming overall, thanks to good HTTP speed results via endpoints in the UK (66.08Mbps), the Netherlands (63.68Mbps), and the U.S. (49.6Mbps), but also, more importantly, because it was one of the two VPNs we tested which was able to give us overseas access to BBC iPlayer and All 4 from outside the UK, and the U.S. Netflix library from outside the United States, as well as the U.S. Crunchyroll and Shudder libraries.

The only other VPN to repeat this trick was BullGuard VPN, which, as it uses the same infrastructure as NordVPN, is hardly surprising. Speeds were faster, but only slightly – we recorded HTTP speeds of 79.68Mbps, 74.72Mbps, and 50.96Mbps via British, Dutch, and American endpoints, respectively.

While none of the other VPNs we tested were able to provide access to all of these services, HideMyAss! (HMA) was able to serve us Netflix, Shudder and Crunchyroll via U.S. endpoints and give us access to BBC iPlayer from a UK endpoint. HTTP speeds were good, too – 60.16Mbps (UK), 62.72Mbps (Netherlands), and 42.4Mbps (U.S.).

Windscribe also gave us access to U.S. Netflix, Shudder and Crunchyroll, and BBC iPlayer from UK endpoints, but this time, we recorded slower and atypical speeds of 78.32Mbps (UK), 56.8Mbps (Netherlands), and 35.6Mbps (U.S.) – we’ve enjoyed much faster speeds from Windscribe in the past.

Kaspersky Secure Connection was able to provide excellent speeds – 78.32Mbps (UK), 56.8Mbps (Netherlands), and 35.6Mbps (U.S.) – and while we could tap into Crunchyroll and Shudder U.S. libraries, the same could not be said for Netflix, or BBC iPlayer from U.S. and UK endpoints.

How we test VPNs

Our VPN tests are run from a London-based connection giving us typically sees speeds of around 10MB/s (80Mbps).

We test multiple endpoints from each VPN provider in three locations: the UK, the Netherlands and the U.S.

Our reviews show the best results we were able to obtain by carrying out large file downloads via both FTP and through a web browser using HTTP. However, it’s important to note that these figures are snapshots of performances at a single point in time, rather than being fully representative. As with your ISP’s network, VPN performance is highly dependent on local traffic and can be influenced by external factors.

While UK and Dutch endpoints typically have only a moderate impact on speed with most providers, connection speeds to the US are usually a bit slower, averaging around 6MB/s (48Mbps). A handful of services with highly optimised networks actually improve on our VPN-free reference speeds.

We not only test speeds, but we also look at whether we’re able to view region-locked streaming video content from five key providers. In this round of tests, we looked at the Netflix, Crunchyroll and Shudder in the US, and BBC iPlayer and All 4 in the UK.

Although Shudder and Crunchyroll only do minimal region checking based on IP addresses, Netflix, iPlayer and especially All 4 work hard to identify and block IP addresses associated with VPN server endpoints.

Because of this ongoing cat-and-mouse game, a VPN service that’s able to give you international access to Netflix and iPlayer one month might not give you the goods the next time.

We’re refreshing our reviews regularly in order to give you the clearest possible picture, making notes of any changes to testing methodology where possible.