Remember the PlayStation Platinum games? The discounted classics for the original Sony PS1 console? Well, the scheme is making a comeback under a new PlayStation Hits moniker.

From July 18 in Europe some of the best PS4 games ever will be available for £15.99, in stores and via the PlayStation Store. In North America a slightly different range goes on sale for $19.99 on June 28.

In Europe, including the UK, more than 20 titles will be available. In the US and Canada, there’s 15 announced titles thus far. 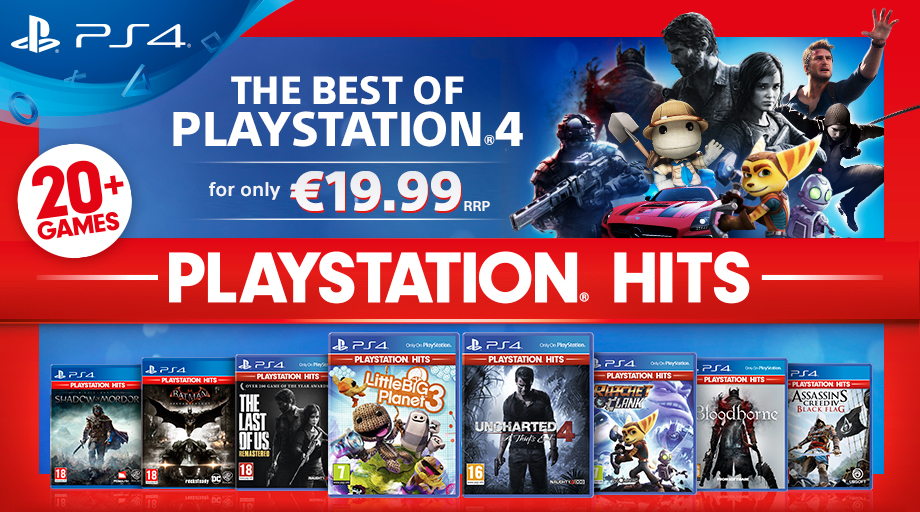 As with the previous generation PlayStation Platinum games, these titles will be identifiable by distinctive boxes. The Hits games will have a red banner beneath the blue PS4 logo.

In some European territories (excluding the UK), Sony is also offering a PlayStation Hits bundle including a 1TB PS4, DualShock 4 controller, Uncharted 4, The Last of Us Remastered and Rachet & Clank. That’s €349.

It’s fair to point out many of the games listed have been available at a significant discount for quite some time now, but it’s good that Sony is reinstating the Hits program for more permanent discounts.

What PS4 classics would you like to see released under the Hits banner? Drop us a line @TrustedReviews on Twitter.