E3 2018 is over! The year’s biggest and best gaming show brought us a host of new game announcements, tantalising details, and more opportunities to go hands on with the latest games than you could shake a stick at. Sony, Microsoft and Nintendo all had a slew of amazing titles to showcase at their respective conferences, and the third party offerings from Bethesda and Ubisoft were nothing to sniff at either. But who was the best?

There’s a ludicrous number of games to dig through, so Trusted Reviews has compiled our favourite picks from E3 2018 including the best trailers, surprises, and exclusives from all the big names.

The Witcher 3 was always going to be a tough act to follow, but CD Projekt Red seems to have taken the challenge in its stride, and has responded by completely stepping outside of its comfort zone with Cyberpunk 2077.

The developer wasn’t quite ready to show off its gameplay to the public, but a behind closed doors demonstration showed that already its strengths are shining through. The world of Night City feels alive and vibrant, and the combat looks like it’s going to have all of the depth and strategy of its previous role-playing games.

It didn’t just steal the show at Microsoft’s press conference, it stole the whole show. Yes, we more or less knew it was coming after Resident Evil 1’s remake impressed us so much recently, but we still couldn’t help but be blown away by the work Capcom is doing on the upcoming Resident Evil 2 Remake.

It’s always a tough job marrying the history of an older game with the sensibilities of a modern audience, but Capcom looks like it’s on the right track so far, with a game that feels fresh and modern, while still delivering the same abject terror of the original.

The tank controls might be gone, and it might be a little easier to save your progress in this version of the game, but the Resident Evil 2 remake feels like the most perfectly authentic version of the game we could have anticipated, and that’s probably the nicest surprise of all. 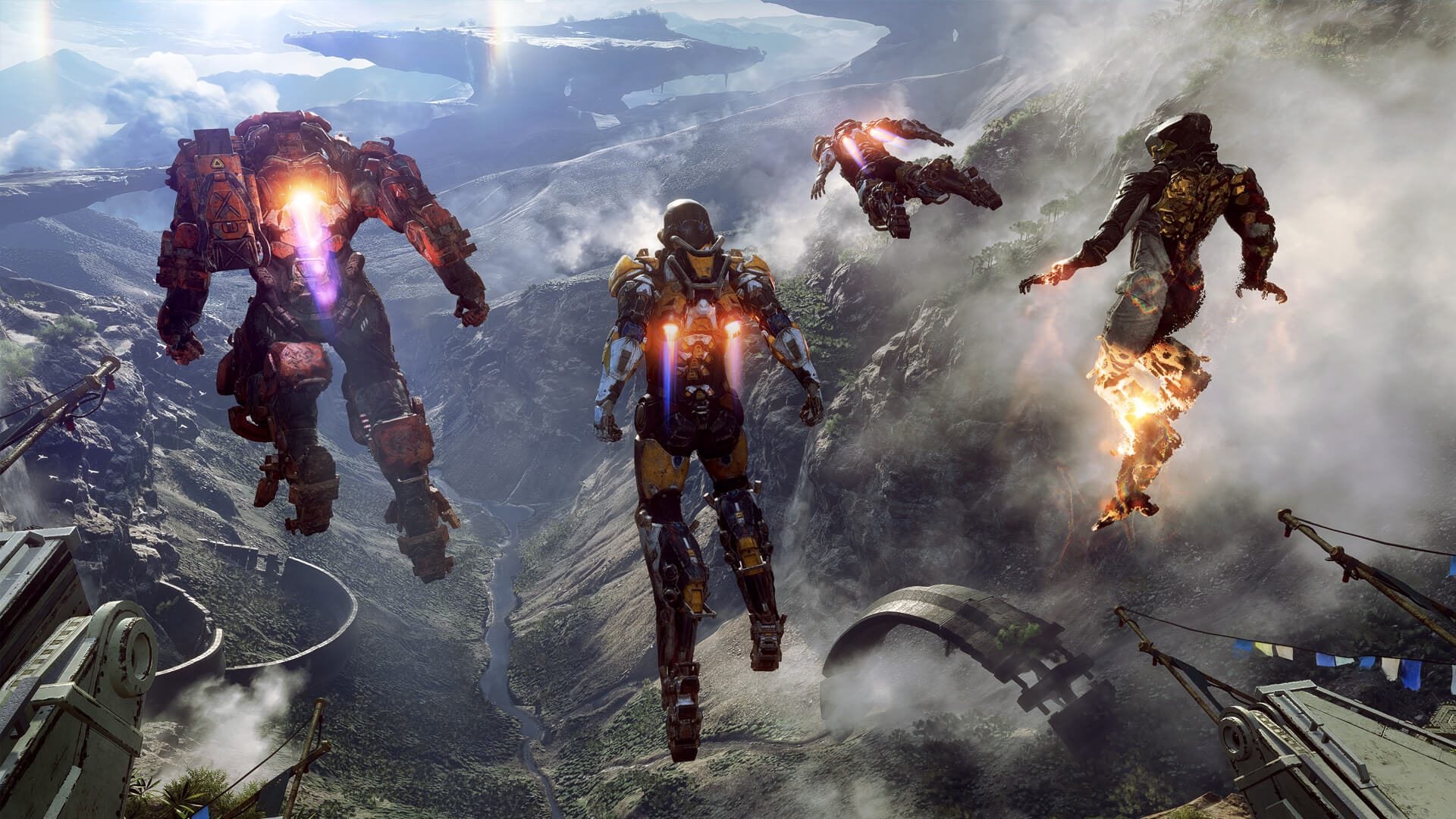 Anthem might have technically been playable at E3 2018, but you wouldn’t have known that from talking to EA, which kept its own EA Play event a decidedly hands-off affair when it came to its upcoming sci-fi epic.

But for those in the know who knew to swing by Nvidia’s booth, they were treated to a hands on experience that blew away anything else that was playable at this year’s show.

When a developer is known for games that excel based on their stories rather than their gameplay, it’s a little scary to hear that it’s working on a multiplayer-focused shooter.

But actually getting to play Anthem for ourselves reassured us that Bioware knows what it’s doing with its action this time around. The shooting feels chunky, the flying feels fluid, and overall we left convinced that we’ll be having a great time with Anthem, even if it doesn’t feature the same amount of story as your typical Bioware game. The Battlefield games have always done multiplayer well, but it’s reassuring to see that Battlefield 5 has been humble enough to learn from what young whippersnappers like Fortnite have been up to more recently.

The result is a game that gives you more to do than ever before, allowing you to construct fortifications with almost the same amount of effectiveness that you’ll go on to destroy others with.

We might not have gotten a glimpse of its promised Battlefield Royale mode, but already we’re excited to jump back into the game’s World War 2 setting, and that’s even before we get to play the game’s post-release content, which EA announced would be coming for free. 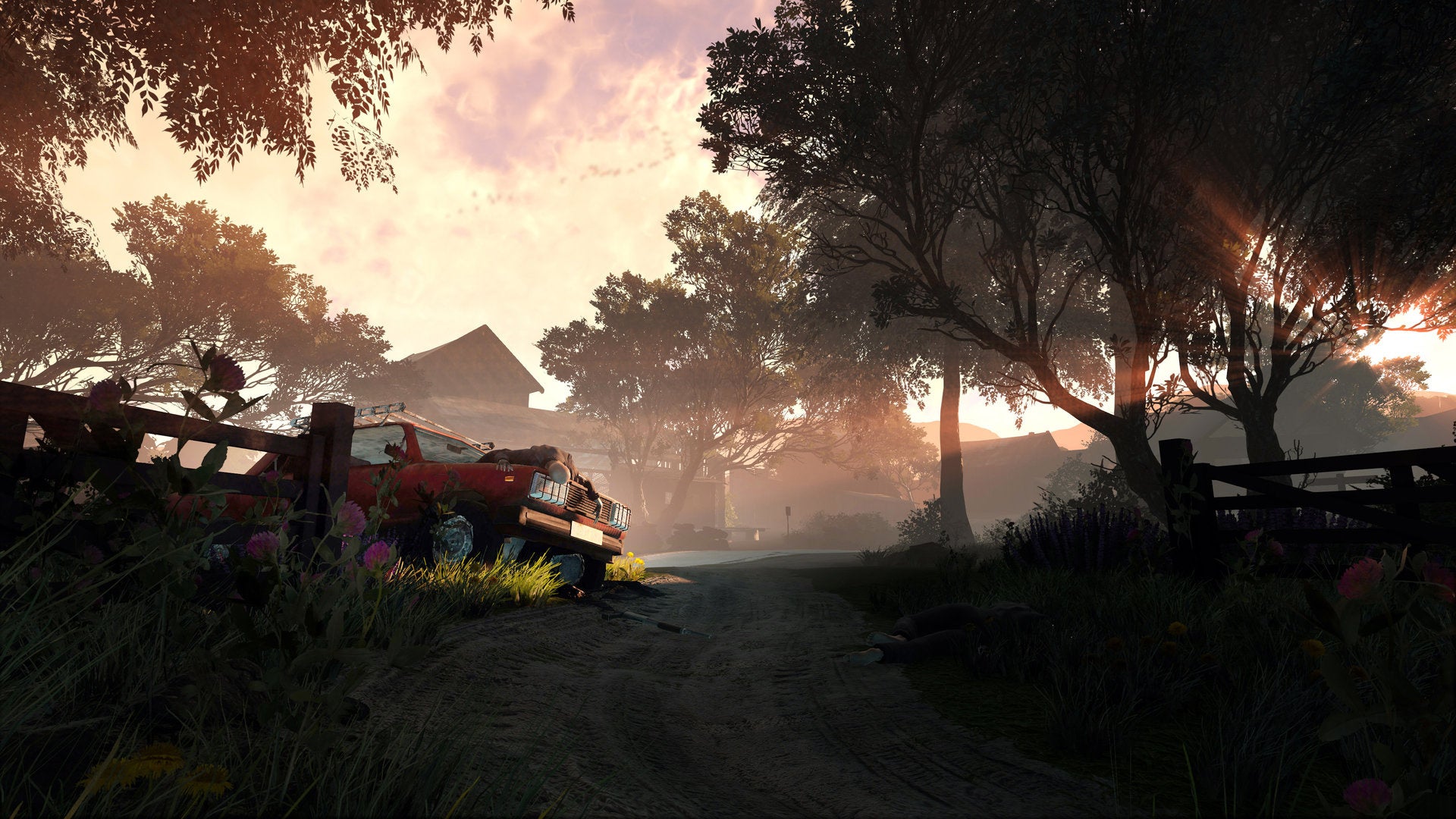 One to Watch: Mavericks

Battle royales are to gaming in 2018 what zombie modes were in 2010 (read: reaching a point of exhausting saturation), but even in a crowded market Mavericks has a number of ideas that make it a very intriguing game to keep an eye on.

The genre has always presented a delicate balance of stealth and action, but what Mavericks introduces is the idea of tracking and hunting your enemies, which you’ll do by looking for clues as subtle as footprints, or as obvious as disturbed wildlife.

Much of this functionality might not have been ready for us when we played it for ourselves on the show floor, but if the team at Automaton actually manage to deliver it, then it could offer an unprecedented level of practicality to the genre.

It might not be ready to supplant PUBG as our Battle Royale of choice just yet, but we’ll be keeping a close eye on its progress to see if and when it does.

Opening its conference with a gay romance was a bold (and very welcome) move from Sony, but The Last of Us 2 proceeded to go from strength to strength with action that felt unpredictable, frantic, and very very scary.

Although we were technically shown gameplay through this trailer, we can’t help but feel like we’ve got a long wait on our hands before the game finally comes out. When it does though, it can’t come soon enough.

Honourable mention: The only thing more ridiculous than the Skyrim Very Special Edition trailer is that the voice-controlled adventure was actually released on the Alexa Skills store soon after Blizzard’s press conference. It’s not out in the UK yet (boo), but just the fact that it exists has warmed our cold dead hearts. 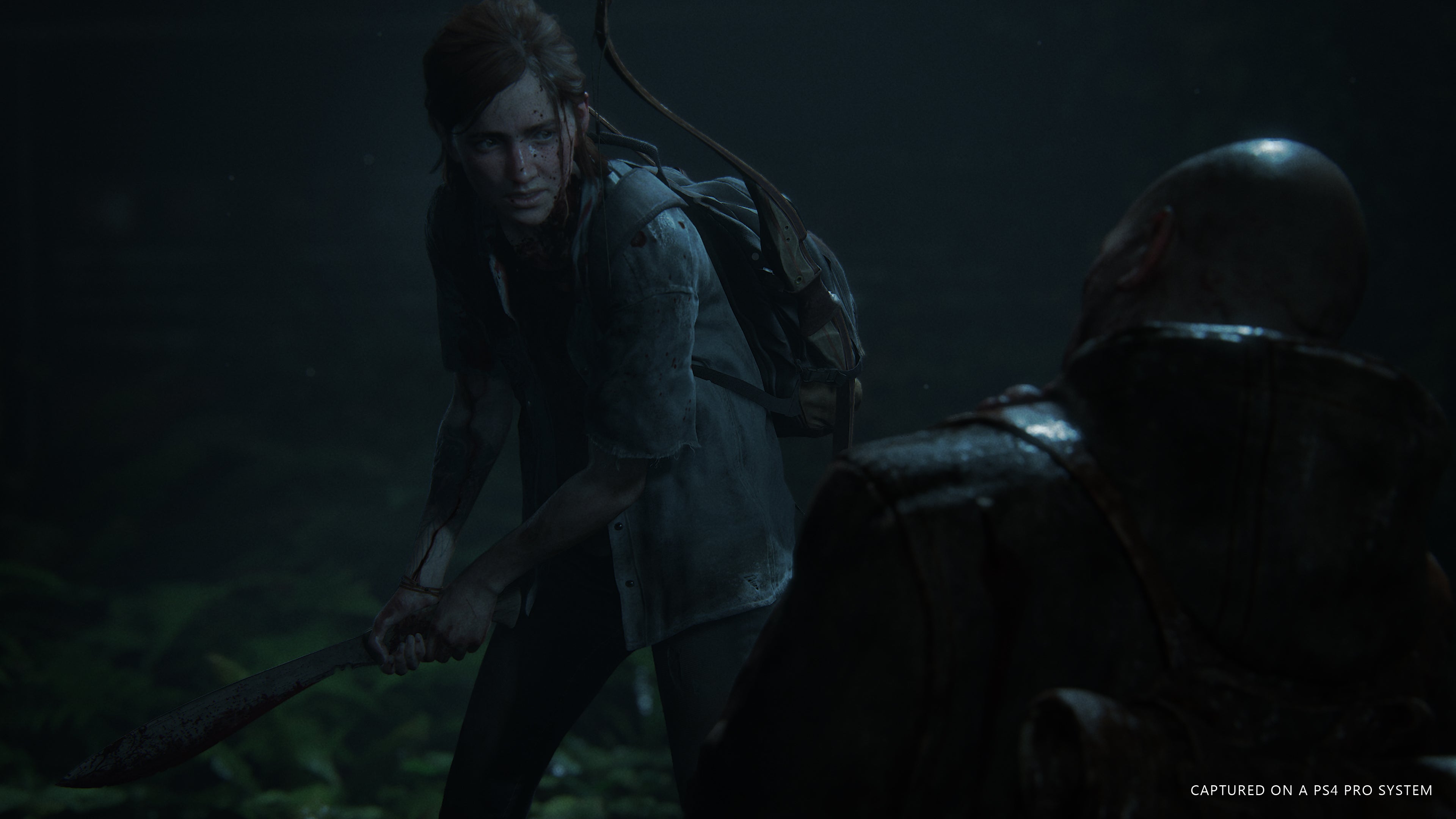 Naughty Dog continues to be the jewel in Sony’s crown, delivering exclusive after exclusive capable of convincing people that the PlayStation is the console for them.

It doesn’t hurt of course that The Last of Us Part II is an amazing looking game, so as well as looking fun to play it also does an excellent job at showing off just how good PlayStation games can look — although whether or not the game ends up coming out on PS4 or an upcoming console is up for speculation.

Cyberpunk is about as different an IP as its possible to get from the fantasy setting of The Witcher. It’s also the first game from CD Projekt Red to not be based on an existing property, and so it’s reassuring to see that the developer has taken to the task of world-building with every bit the same amount of skill as it has done fleshing out someone else’s creation. 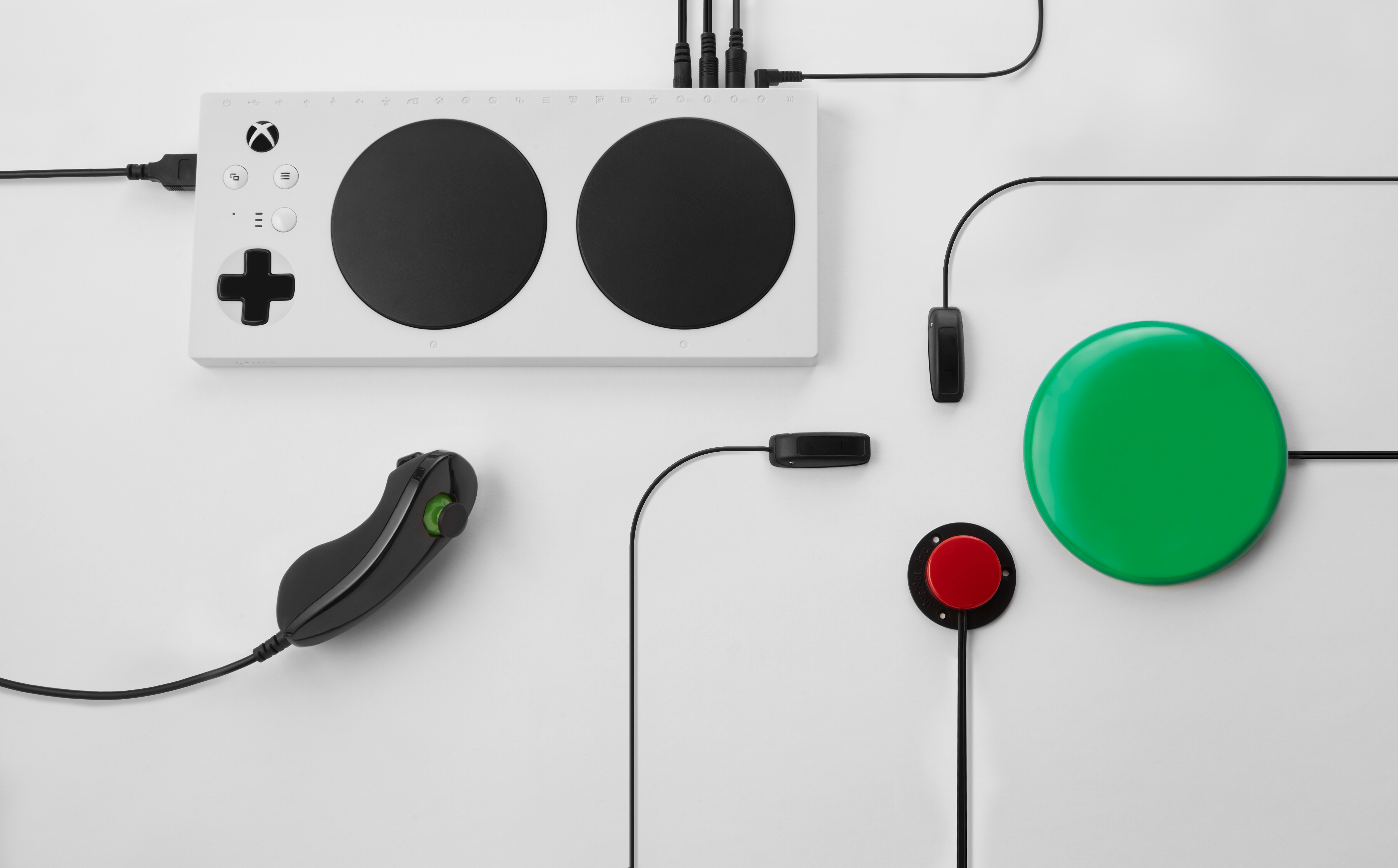 It might not have the latest games playing at unbelievably high resolutions or at unnecessary frame rates, but Xbox’s Adaptive Controller is clever enough to realise that it doesn’t matter how good a game looks if people aren’t able to play it in the first place.

It was also the most obvious sign at this year’s show of the power that video games have to do enormous good in society. The community that surrounds gaming is one of the strongest around, and the more people we can welcome into it the better.

The Adaptive Controller is just one of the excellent ways of doing it, and we sincerely hope Nintendo and Sony follow Microsoft’s lead. 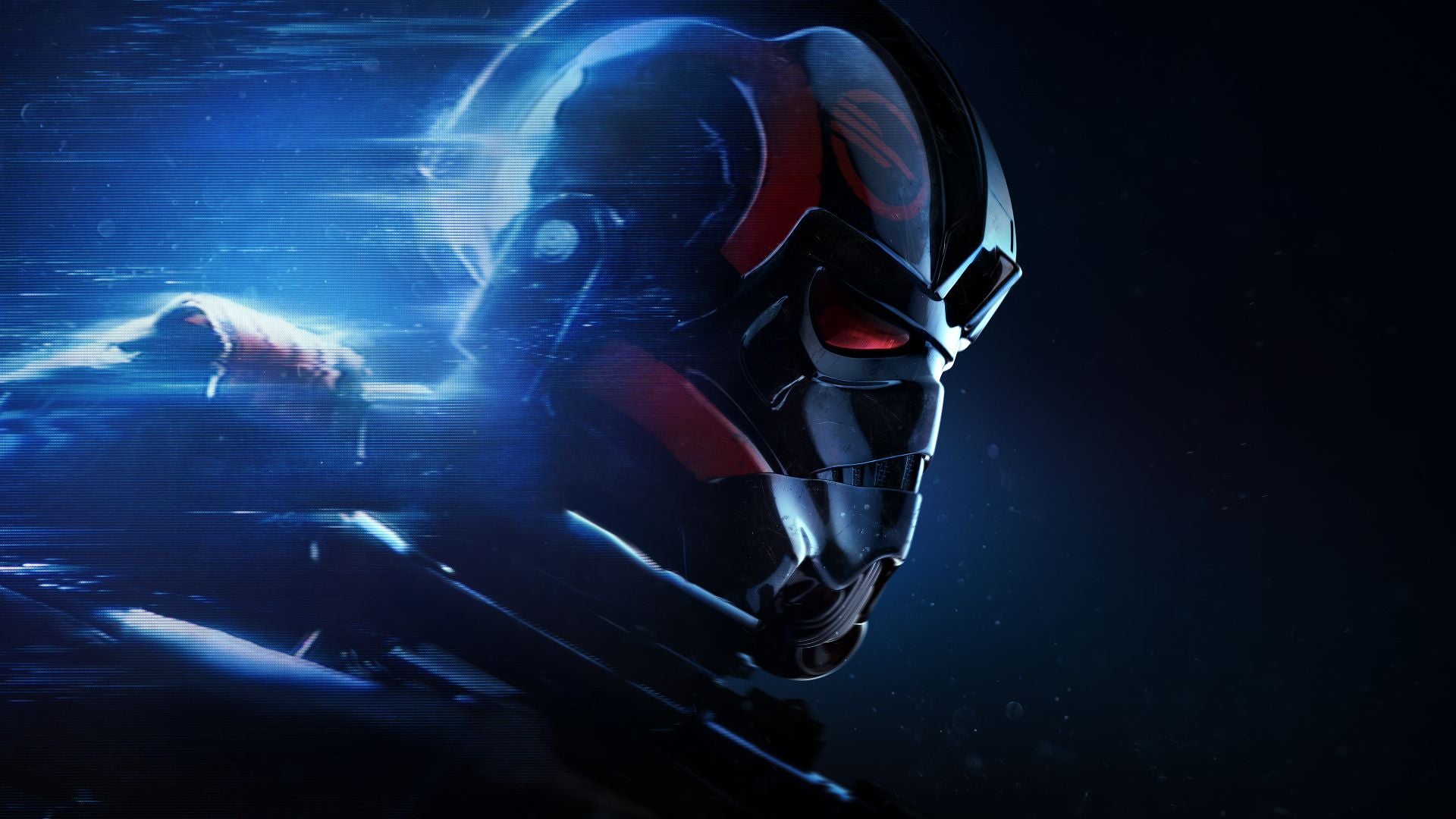 There are few things more exciting than a new Star Wars game, and fewer more than a Star Wars game developed by Respawn Entertainment. Would we see a surprise trailer at E3 2018, or maybe even a first bit of gameplay?

No, instead we’d be treated to a short conversation with Respawn’s Vince Zampella in the crowd of EA’s press conference, during which we got little more information than a name.

C’mon EA, you could have at least given us a logo. Bethesda even had a teaser trailer for Elder Scrolls 6, and that game’s not going to be out until the next generation of consoles!