Battlefield 2042 is confirmed to be the next entry in EA DICE’s first-person shooter series.

Unlike previous games in the series, there will be no single-player campaign in Battlefield 2042. Instead, DICE is going big on multiplayer, increasing the maximum number of players allowed in a match to a whopping 128.

DICE is also abandoning its historic roots by setting Battlefield 2042 in a dystopian future 21 years from now, where humanity is fighting it out over scarce resources. There’s no story mode here, but lore is provided to contextualise the multiplayer skirmishes.

There will be three major modes available, including All-Out Warfare with brand new maps and blockbuster scale, and Battlefield Portal, which will feature classic maps from previous Battlefield games such as Bad Company 2 and Battlefield 1942. There will also be a third mode called Hazard Zone, which is an extraction-based 4-player game mode, where squads face off against other players online to escape the map.

Battlefield 2042 will launch with seven new maps, all of which will be different sizes and set in vastly different locations, from the oil rig in Antarctica to the rocket launch site in French Guinea. There will be a number of driveable vehicles to help you traverse the map too, with helicopters, jets and tanks so far confirmed.

There will also be 10 Specialist playable soldiers at launch, each with their own perks to allow for different play styles such as a controllable drone and a grappling hook. EA has so far revealed the Recon, Assault, Support and Engineer classes.

And while Battlefield 2042 will not be free to play, it will take on a live service model with plenty of post-launch content. EA DICE is planning on having four seasons in the first year, each of which will be accompanied by a Battle Pass with new specialist characters, locations and more.

Every Battle Pass will have both free and premium tiers. However, EA has confirmed that the premium tiers will only put cosmetic goodies behind a paywall, so you don’t have to worry about spending extra for new characters and maps.

For everything else on Battlefield 2042, keep reading on and keep this page bookmarked for future updates.

It was initially penned in for release on 22 October, but EA has decided to allow the team more time to finish the game.

Battlefield 2042 is set to launch on PC, PS4, PS5, Xbox One and Xbox Series X. However, the PS4 and Xbox One versions will have smaller maps compared to the others, with a 64-player cap on multiplayer matches compared to the maximum 128-player count on other platforms.

There will also be a Gold Edition that includes early access to game launch, one-year pass to the premium tier battle pass and various cross-gen cosmetic bundles. The Gold Edition will cost $89.99/£79.99 on PC, and $99.99/£89.99 on the remaining platforms.

And finally there will be an Ultimate Edition, which features all of the perks of the Gold Edition as well as an official digital artbook, exclusive soundtrack and a Midnight Ultimate cosmetic bundle. The Ultimate Edition will cost $109.99/£99.99 on PC, and $119.99/£109.99 on console. 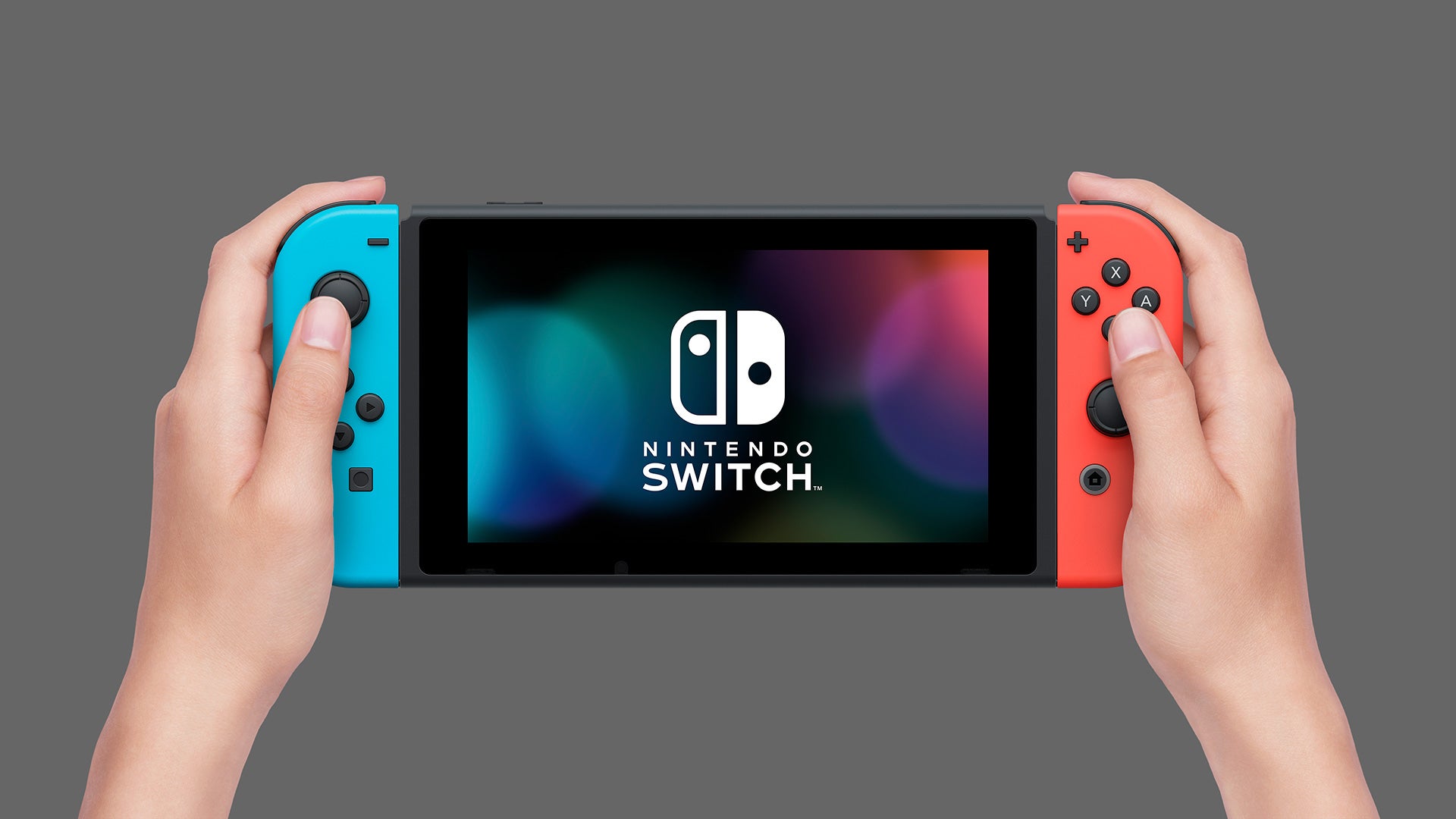 EA revealed the very first trailer of Battlefield 2047 ahead of E3 2021 back in June. Check it out below:

EA has also revealed a new trailer detailing the Portal game mode. Check it out below:

And if you’re interested in squad-based Hazard Zone game mode, then you can check that trailer below:

Battlefield 2042 is completely focused on multiplayer. You can play by yourself if you’d rather, but this simply replaces online teammates and opposition with AI bots, as there is no story-centric campaign.

The multiplayer is separated into three modes: All-Out Warfare, Portal and Hazard Zone. Hazard Zone sees squads of four players face off against 28 other players, in quick 15-20 minute matches. But instead of having the sole goal of killing each other, you’re given the objective to escape the map via extraction in the quickest time possible.

The Portal mode, meanwhile, will allow players to play classic maps from previous Battlefield games such as Battlefield 3, Bad Company 2 and Battlefield 1942. These maps will be enhanced with 4K visuals for next-gen consoles, with destructible environments added where previously absent.

Furthermore, EA will allow players lots of freedom to create their own matches, whether that’s setting game rules, which weapons/vehicles/gadgets are available and even activating friendly fire. Think of it as the Battlefield-equivalent of Super Mario Maker, as you can share your custom matches online for others to enjoy.

The main Battlefield 2042 attraction, however, will clearly be the All-Out Warfare mode, which sees up to 128 players fighting over objectives on massive multiplayer maps. Players will be split into two teams – the attackers and the defenders – so this isn’t a ‘last man standing’ affair like Fortnite or Call of Duty Warzone.

All-Out Warfare maps will also feature dynamic weather and environmental hazards, with tornados hurling debris that can crush you like an ant, and sandstorms engulfing a battlefield to limit visibility. There will also be ‘spectacular world events’ on select maps, with DICE giving the example of the rocket launch on the Orbital map, which can go fatally wrong if certain conditions are met.

The seven maps that will launch with Battlefield 2042 include:

There will also be a range of vehicles, for both land and air, allowing you to travel across the map at high speeds. You’ll be able to use an in-game tablet to request a vehicle to be delivered to any location on the map, so you won’t have to go searching the map for an abandoned tank. EA also teased the wingsuit in its trailer, but explained that it will only be available with specific characters.

Of course, there will be a large number of weapons made available too. A new ‘Plus System’ will even enable players to swap scopes, barrels and even ammo type in real-time, so you don’t need to pause the game and jump into the settings.

Plenty more content will also arrive with the various post-launch battle passes. You won’t have to pay a dime for any post-game content that can affect gameplay, but premium plans will be on offer for those who want fancy cosmetic items.

EA gave me access to try out the new Orbital map ahead of launch and see what a difference the massive 128 multiplayer count makes to the experience.

I was impressed by the incredible scale that Battlefield 2042 offers, with so many different skirmishes taking place across the massive map simultaneously. After death, you can choose to respawn in any of the bases your team has secured, requiring a little bit of team co-ordination to ensure you’re attacking the enemy strongholds, while also defending your own.

The downside of Battlefield’s huge player count is that it can sometimes feel that you’re simply one cog in the machine, having very little influence on resulting victories or losses. I once went on a killing spree while defending my own base, but while it did wonders for my kill/death ratio, it had very little impact on my team’s performance, with the sheer number of enemy troops eventually overwhelming me and taking over our base.

This isn’t a problem for smaller scale multiplayers game, like Valorant or Apex Legends for instance, with each kill feeling oodles more satisfying because you’re making an obvious contribution to your team’s success.

That’s not to say I didn’t enjoy Battlefield 2042’s massive scale though, especially since it features lots of vehicles and vertical buildings. You can spawn on top of a skyscraper and then glide down (with the relevant class) to assault your enemy from above, which was extremely fun. I can’t think of many multiplayer shooter games that offer this level of freedom.

The weather elements also add a bit of chaos to the mix, as a hurricane can spawn, tearing through the map and hurling debris at unsuspecting players. I was a little disappointed to see how uncommon these events occurred though, as I only encountered one hurricane during an entire evening of play. But as EA points out, such a feature would become boring if it happened too frequently.

The shooting in Battlefield 2042 is as excellent as ever, giving you a wide range of guns to equip yourself with, ranging from shotguns to sniper rifles. Fortunately there’s no pay-to-win element here, so you won’t be able to access more powerful guns by opening up your wallet.

I’m impressed by what I’ve played so far, and I’m excited to see more. Although I do worry that the huge player count will put off competitive players who like to have a significant influence on a match.

I was unfortunately unable to try any other maps or game modes ahead of launch, but I’ll be reviewing the full game shortly so you won’t have to wait long for my final verdict. Keep an eye on Trusted Reviews for more updates.