Bang & Olufsen has launched a 4K OLED display at IFA 2017 with what it claims is “the world’s best TV sound system.”

The amount we’ve moaned about the weakness of TV sound has grown precisely in correlation with how much more wafer-thin the screens have gotten. And the soundbar market has boomed as a result.

So B&O’s answer? Oh, just properly bolt a soundbar right on the front of its new telly. Why the hell not, eh? Say hi to the BeoVision Eclipse.

In fairness, the Danish company was slapping soundbars onto its TVs before anyone even called them soundbars or knew that they’d someday need one. But this isn’t a slim slither of sonic delight beneath the screen, but a massive slab protruding from the front. It’s a bold statement. One that reads: “I CAN DO LOUD, YEAH?”

Named the SoundCentre, this bar packs 450W of amplification powering a 1-inch tweeter, two 2.5-inch full-range drivers and three 4-inch woofers. It supports AirPlay, Chromecast and Bluetooth for wireless music streaming, too, and there are built-in apps for Spotify Connect, Deezer and TuneIn.

Fancy full surround sound? Just add a set of BeoLab 50 wireless speakers and use the SoundCentre as the centre channel. 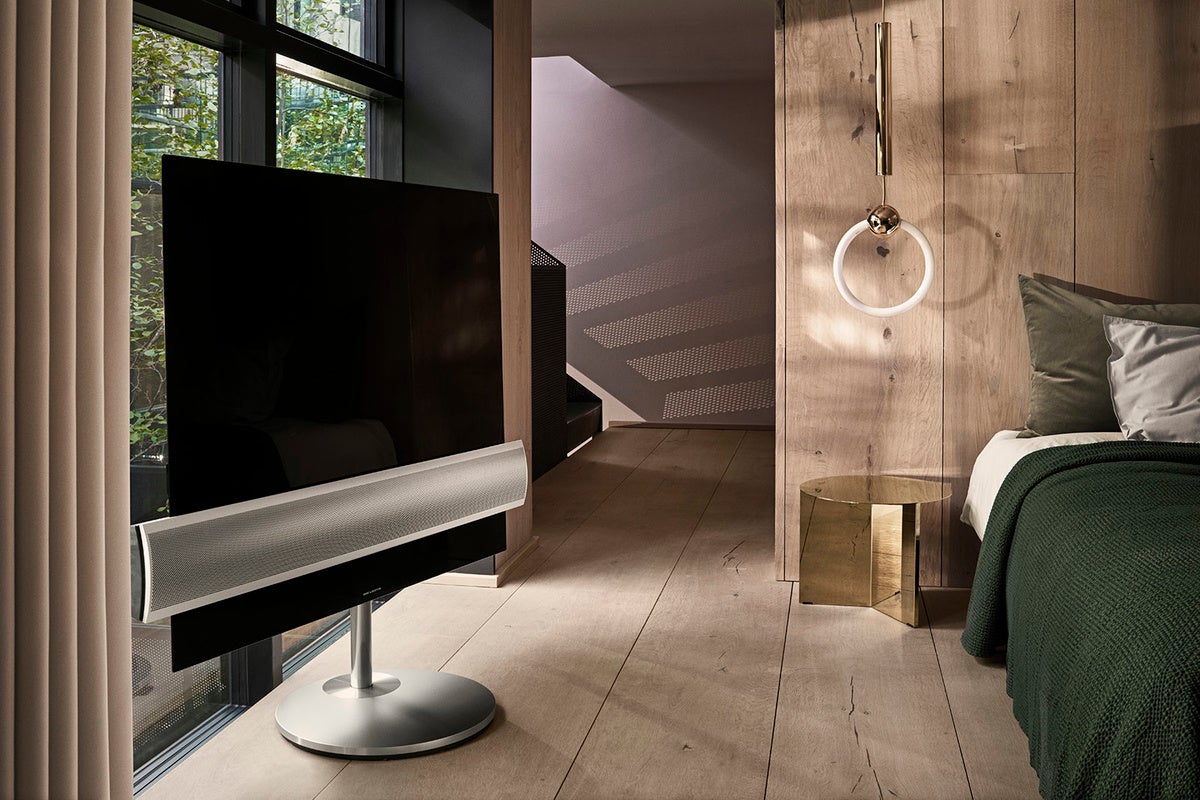 But enough about the audio – the BeoVision Eclipse is packing a choice of 55- or 65-inch 4K OLED screen with HDR support for Dolby Vision. The smart TV system is powered by webOS, which is still our favourite flavour of smart TV.

This being Bang & Olufsen, that stand is also motorised, so you can swivel it via the remote and even set it to turn into the correct position every time the set’s switched on.

Love or loathe the BeoVision Eclipse’s design? Let us know on Twitter @trustedreviews