Let’s not beat around the bush: since Robert Downey JR first donned it, we’ve all wanted to get our mitts on one of Tony Stark’s metallic Iron Man suits.

But given our lack of an engineering postgraduate degree, genius level IQ and billion dollar budget, the idea has at best been a pipe dream – or so we thought.

Thanks to the clever folks at Full Body Armors you can nab a swish, custom made, motorised Iron Man suit with all the bells and whistles – except for actual flight thrusters, of course – for a modest $8000. That’s right, for just $8000 you can get a custom made Iron Man Mark 47 suit that looks like it’s walked straight off the set of Avengers Endgame. How is that not a banging deal?

The suit weighs around 12kg and is available in two packages. The premium, everything but the kitchen sink, “All Add-ons” version costs $8100; the basic “upgradable” package will retail for an entirely more reasonable – for our US readers that was sarcasm, Brits do it a lot – $5499. 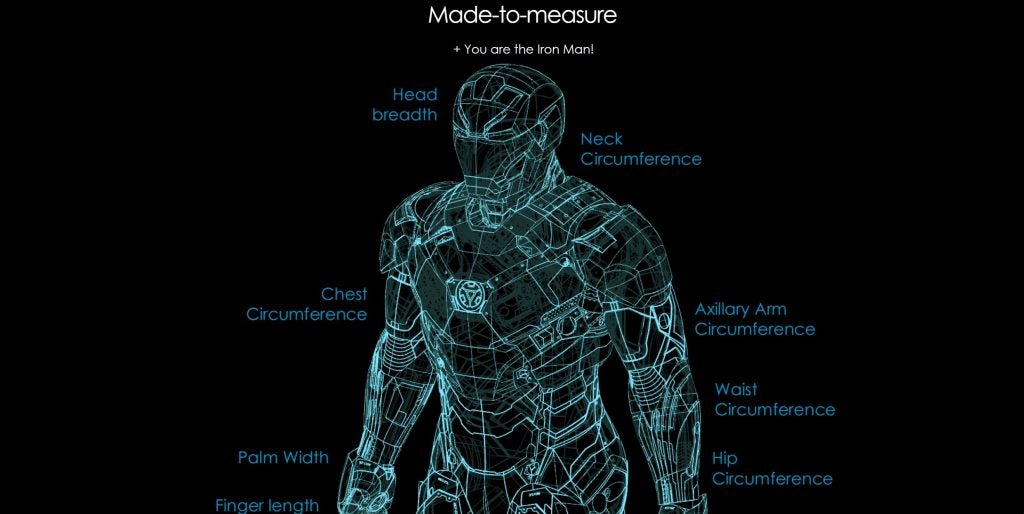 Both suits comprise a mixed aluminium and plastic design. The only difference is the modular add-ons you get. The basic package buys you the core Mark 47 armor, motorised mask and eye lights, ultra-refined chest arc reactor, ultra-refined hand repulsors and “spandex bodysuit with height-increasing shoe lifts”.

The more expensive All Add-ons comes with all of the above plus a wealth more features. These include:

So unless you’ve already nabbed one, it’s unlikely you’ll get to be the belle of the ball at your local Avengers Endgame screening.

If Iron Man’s Mark 47 armour doesn’t tickle your fancy then you’ll be pleased to discover you can also grab Tony’s older Mark 46, Mark XLII, Mark III and Mark 2 suits. Also available are an “armoured Deadpool” and armoured Batman suit from the dire DC superhero epic that shall not be named.

We’re not sure armoured Deadpool is exactly canon with the characters movie narrative, or why anyone in their right mind would want to LARP as Batfleck, however.

Upset there aren’t more suits for other Marvel superheroes? Don’t worry, we’ve got your back. We reached out to Full Body Armors’ to find out if it has plans to release sets for other Avengers. We’ll let you know as soon as we hear back.

Excited about Avengers Endgame enough to invest $8000 in an Iron Man costume? Let us know on Twitter @TrustedReviews.