UPDATE: At the 11th hour, Formula 1 and the FIA have postponed the Australian Grand Prix. BBC Sport reported the news around 12 hours before the event was due to get underway, just after McLaren pulled out, but Formula 1 and FIA bizarrely waited until the last moment before making it official.

Explaining the approach, F1 motorsports boss Ross Brawn said: “There was consultation with the teams, the medical authorities, the FIA and the promoters here. I’ve been up all night. We had so many issues to work through. We had to get the teams together again and hold a meeting. It all takes time.

“It’s not a total autocracy as in we just can’t make a decision. We have so many factors to take into account. I think we did a pretty good job of reaching the right conclusion with so many stakeholders involved. We’re talking to the FIA, which is in Europe [and] on a Europe timezone, and we had to speak to [FIA President] Jean Todt.

“[F1 CEO] Chase [Carey] unfortunately was in the air, flying between Vietnam and here. So it was a pretty stressful period. Considering we dealt with everything in 12 hours, for something that important, was good.”

The hope is that the Australian Grand Prix and subsequent races will be pushed back,  rather than cancelled altogether.

F1 is back. As things stand, anyway. As usual, the new season gets underway at the Albert Park Circuit in Melbourne, but there’s a cloud hanging over this particular Australian Grand Prix. That cloud, of course, represents coronavirus. McLaren has reportedly pulled out of this weekend’s race, after a member of the team tested positive for the virus. The Chinese GP has already been postponed, the Bahrain GP will unfold in front of empty stands, and the Vietnam GP is in doubt too. Reigning F1 champion Lewis Hamilton has also expressed his shock that, at the time of publication anyway, the Australia GP is set to go ahead.

Our guide explains how to catch this weekend’s Australian Grand Prix action, including channels and UK times for practice races, qualifying and, of course, the main event. Plus, how to live stream everything, no matter where in the world you are.

With everything taking place in the very early hours (or late, depending on how you approach it), we’d recommend stocking up on coffee and plenty of comfort food.

Only fancy diving into a match or two but don't want a season pass? Now TV's Sky Sports Day Pass has got you covered, and won't cost you more than a tenner. 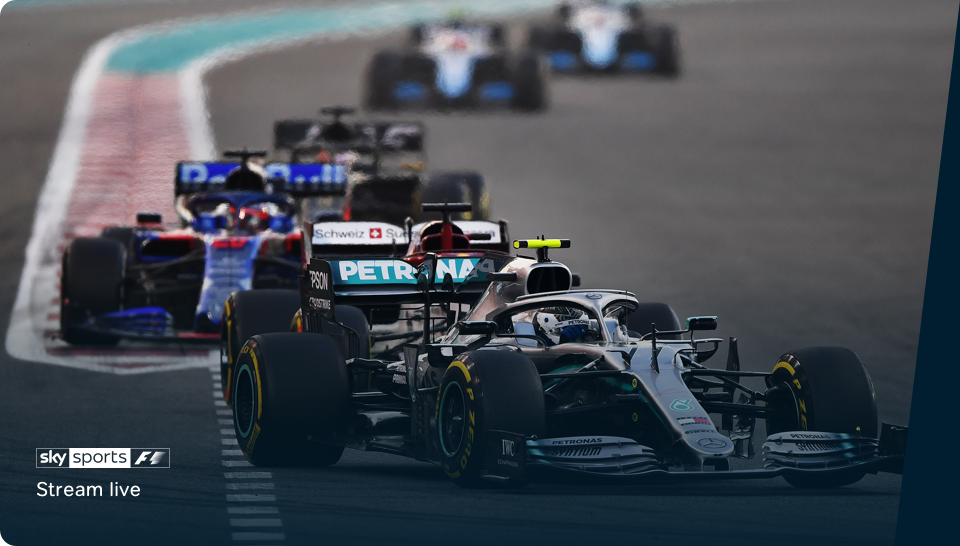 If you're looking to catch every race in this year's F1, then Now TV's Sky Sports Season Pass is the only way to go. Getting you nine months of Sky Sports at £107.91 less than if you paid a month-to-month subscription.

Sky has exclusive rights to F1 in the UK, but you’ll be able to catch the highlights on Sunday, via Channel 4.

If you’re a Sky subscriber, you can tune in on Sky Sports F1, Sky Sports Main Event, and Sky One. You can also tune in using the Sky Go mobile app, at no additional charge.

If you’re not a Sky customer, but desperately don’t want to miss this season’s opener, you can watch the action by picking up a Now TV Sports Pass, which will set you back either £9.98 (for a Day Pass), £14.98 (for a Week Pass), or £198 for a nine-month F1 Season Ticket.

If you aren’t sure if you can access Sky Sports or Sky Go where you are, then the best way to get around your issues might be a VPN. That’s because access to normal coverage might be geo-blocked – this means you’re prevented from watching outside your home country, generally due to rights reasons.

To catch Channel 4’s highlights from 2:10pm on Sunday, you’ll need to head to the normal broadcast channel or the All 4 website linked below for an on-demand service:

Alternatively, you can watch the action using the All 4 mobile app: