Has Asus made the ultimate MacBook killer?

Asus might have the stolen the show over at Computex 2016 when it unveiled the ZenBook 3, a new laptop that combines ultra-svelte design with powerful specifications.

It’s envisaged as a direct rival to Apple’s latest MacBook, but how do the two actually compare? We take a look.

The 12-inch MacBook is one of the most portable laptops on the market, weighing just 970g and measuring 13mm thick at its widest point. That makes it thinner and lighter than hybrid devices like the Surface Pro 4 when you take peripherals like keyboard covers into account.

Which is all well and good – no one’s going to pull a muscle carrying a MacBook around – but Asus has managed to go one better with the ZenBook 3. The newly unveiled laptop weighs just 910g and measures an even more svelte 11.9mm. It’s an impressive feat, especially considering how much power it manages to pack, but more on that later.

Related: Hands-on with the Asus ZenBook 3

Apple’s 2016 MacBook features an impressive 12-inch screen with a 2,304 x 1,440 pixel resolution – a nice and sharp 226 pixels per inch (ppi) of screen. Colours are vibrant, contrast levels solid, and viewing angles above average, giving it one of the best overall laptop displays out there.

The ZenBook 3’s screen is a shade bigger at 12.5-inches but not as sharp, ‘only’ packing a Full HD resolution of 1,920 x 1,080 pixels, or 176ppi. The pre-production sample we went hands-on with seemed like a decent enough performer in terms of colour vibrancy, but we’ll need to some time with the finished product before we know for sure how it compares. 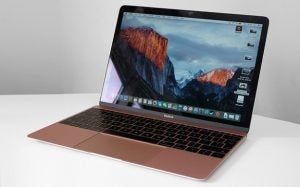 As we mentioned, the ZenBook 3 packs some seriously impressive hardware into its slender frame. There are various configurations on offer, with the entry-level model equipped with a low-voltage Intel Core i5 CPU, 4GB of memory, and 256GB of on-board storage. However, you can upgrade to an Intel Core i7 processor, 16GB of RAM, and a 1TB SSD for a price, putting it on a par with the most powerful machines out there.

. In comparison, the MacBook uses Intel’s Core M processors, which are more efficient but much less powerful. This could be a serious advantage for the ZenBook 3, though it’s something we’ll need to test to see the real difference in everyday use.

Related: Best Intel Processor: Core i3, i5 and i7 explained

The MacBook also comes with either 256GB or 512GB solid state storage and 8GB of memory as standard, though we’d wager – based on price differences – that the MacBook’s built-in storage will be faster than the ZenBook’s

Asus claims that the ZenBook 3 offers a nine-hour battery life and is capable of recharging to 60% capacity in under an hour. We haven’t tested it for ourselves, though, so we’re not sure how it will do out in the wild.

We know a fair bit more about the 2016 MacBook’s stamina, though. Apple’s official line is the MacBook will last for 10 hours on a single charge, and its real-world performance isn’t far off – it’ll last for roughly eight hours if you’re doing something intensive like streaming, and gets close to the claimed figure if you’re just typing and browsing.

Neither company has published an official battery cell spec, though various teardown reports hint that the Apple laptop packs a 5,260mAh unit. 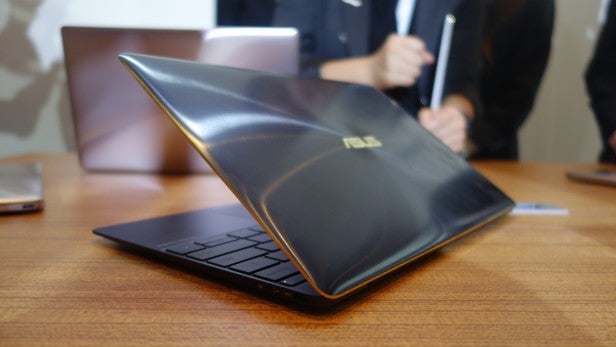 Neither the ZenBook nor the MacBook score particularly highly when it comes to connectivity options. Both are fitted with a single USB Type-C connector – a single port that’s intended to handle all your charging and peripheral-attaching needs.

That means if you want to do more than one thing at once, like charging your laptop while it’s connected to an external display, you’ll need to invest in a bunch of adapters. While there’s plenty to like about the new USB Type-C standard, this basic setup is going to be far from ideal for many people.

However, we understand Asus will be offering an official USB Type-C universal dock to add some more options to the ZenBook 3, including standard USB, an additional USB Type-C and HDMI ports, plus a 3-in-1 card reader. Both laptops also come fitted with a 3.5mm headphone jack.

Related: Everything you need to know about USB Type-C

The ZenBook 3 is a legitimate MacBook rival, but how much will you pay for the privilege? As it’s a premium laptop, it doesn’t start that cheaply, but nor is it extortionate – the base model we’ll be getting here in the UK comes with a Core i3 CPU and will cost £549.99, while the Core i5 variant will set you back £799.99. There’s no word on whether or not we’ll get the turbo-charged Core i7 configuration, but it’s priced at USD $1,999, so would like cost around £1,499 in Blighty.

That’s a good whack cheaper than the MacBook, which starts at £1,049 for the most basic setup – in fact, the entry-level ZenBook 3 is nearly half the price.

The ZenBook 3 is due to go on sale in the UK in August, with Currys/PC World a confirmed launch partner. 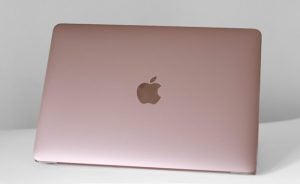 We already knew that the MacBook was one of the best laptops out there, but now it looks like it has some serious competition in the form of the ZenBook 3, which offers even greater portability and more power for less money.

There’s other considerations, of course. Diehard OS X users probably won’t want to jump over to Windows 10 on a whim, especially with a super-powerful new MacBook Pro rumoured for later in the year.

That being the case, we’d advise you to wait and see how the ZenBook 3 fares when subject to more rigorous testing, provided you’ve currently got a serviceable machine.

But if you’re a Windows fan who’s been hankering after a MacBook-like equivalent then there’s finally an option for you.

Is the ZenBook 3 the MacBook killer you’ve been waiting for? Let us know your early impressions in the comments below.