Despite packing so many new features, the ZenBook 14 weighs as little as 1.19kg and is just 16.9mm thin, making this a potentially ideal ultra-portable laptop. It’s also available in two colour options, including Lilac Mist and Pine Grey.

Asus previously launched a new version of the ZenBook 14 earlier this year, although that exclusively featured AMD Ryzen processors. The new model sees Intel’s Tiger Lake chip instead, which features a performance boost over previous Intel iteration along with new features such as Thunderbolt 4. 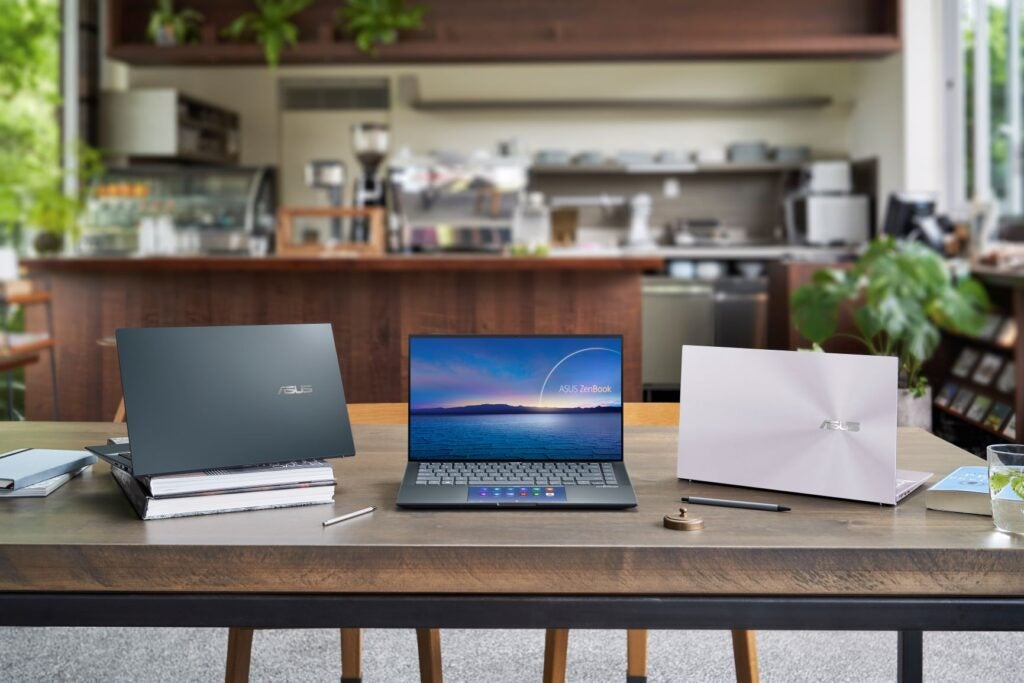 Intel also claims Tiger Lake features a 2x performance boost for the integrated graphics compared to the previous generation. This will potentially allow users to play video games and dabble with content creation without the need for a discrete graphics card. And if that still isn’t powerful enough for you, Asus also offers an optional NvidiaGeForce MX450 discrete graphics.

Asus’s ScreenPad also makes an appearance, which is essentially a touchscreen built into the trackpad. This allows you to open up apps more easily, and is even capable of displaying web browsers and videos.

A four-sided frameless NanoEdge display ensures a gorgeous design, taking a leaf out of the Dell XPS 13’s book. As you can guess from the name, the ZenBook 14 features a 14-inch screen. Strangely, there was no mention of a 13-inch model, despite there being an AMD version at that size.

The Asus ZenBook 14 with Intel Tiger Lake will be available in the UK from November 2020, with a starting price of £1399.99. Stick to Trusted Reviews for the latest information.