Asus has refreshed its range of Strix gaming laptops, bringing 9th-Gen Intel Core i9 processors to the party.

The octo-core i9-9880H CPU promises bleeding-edge performance, apparently able to boost up to 4.1GHz on a single core. Combined with Nvidia graphics options up to an RTX 2070, this ought to see you getting the most out of games, thanks to 144Hz and 240Hz display variants.

New to the Strix lineup, and gaming laptops in general, is the addition of Asus’s new Keystone feature. This is a tiny NFC dongle that clips into the right-hand side of your Hero 3 or Scar 3, and can be used to automatically load pre-configured gaming profiles, for example, as well as unlock an encrypted partition on the hard drive.

As well as bringing these big guns to the party, Asus is also introducing a new entry-level ROG Strix G laptop, which includes an Intel Core i7-9750H and RTX 2070 graphics – the same processor and GPU combo you get in the new ROG Zephyrus laptops. 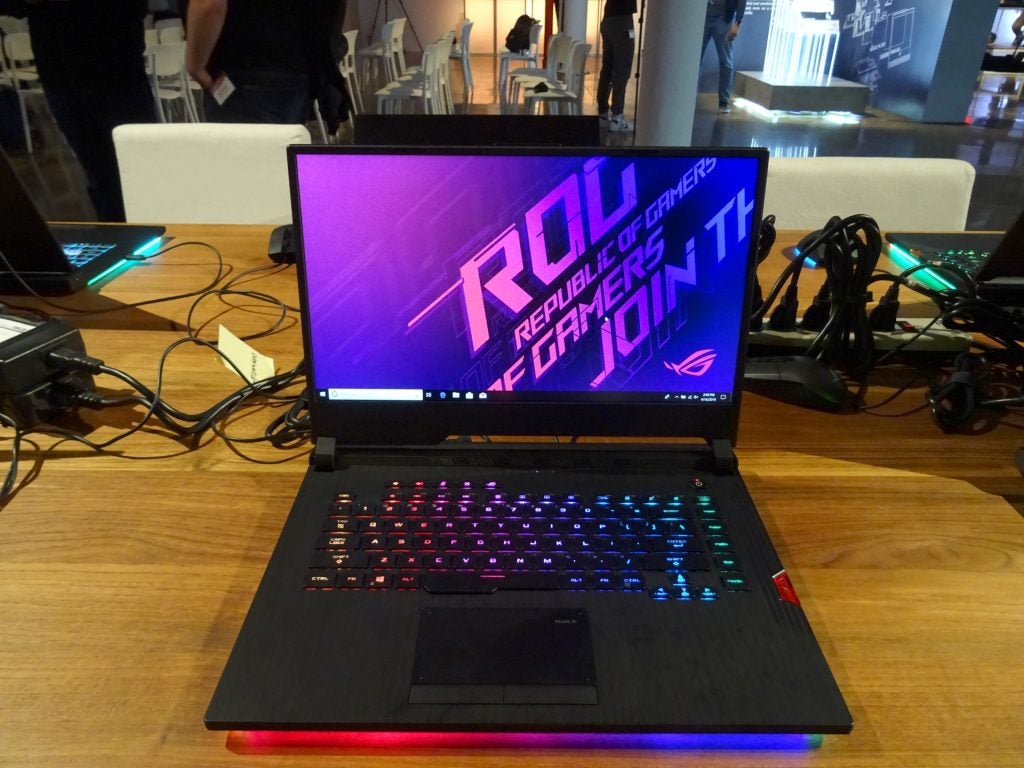 Full pricing for the new ROG Strix range is still to come, but Asus has said that the ROG Strix G will go on sale “from $999”, which converts to £770 and €888 at the time of publication.

So far, Asus hasn’t mentioned specific release dates for new ROG Strix models, other than to say they’ll go on sale in “Q2 2019” – which indicates mid to late summer to regular people. 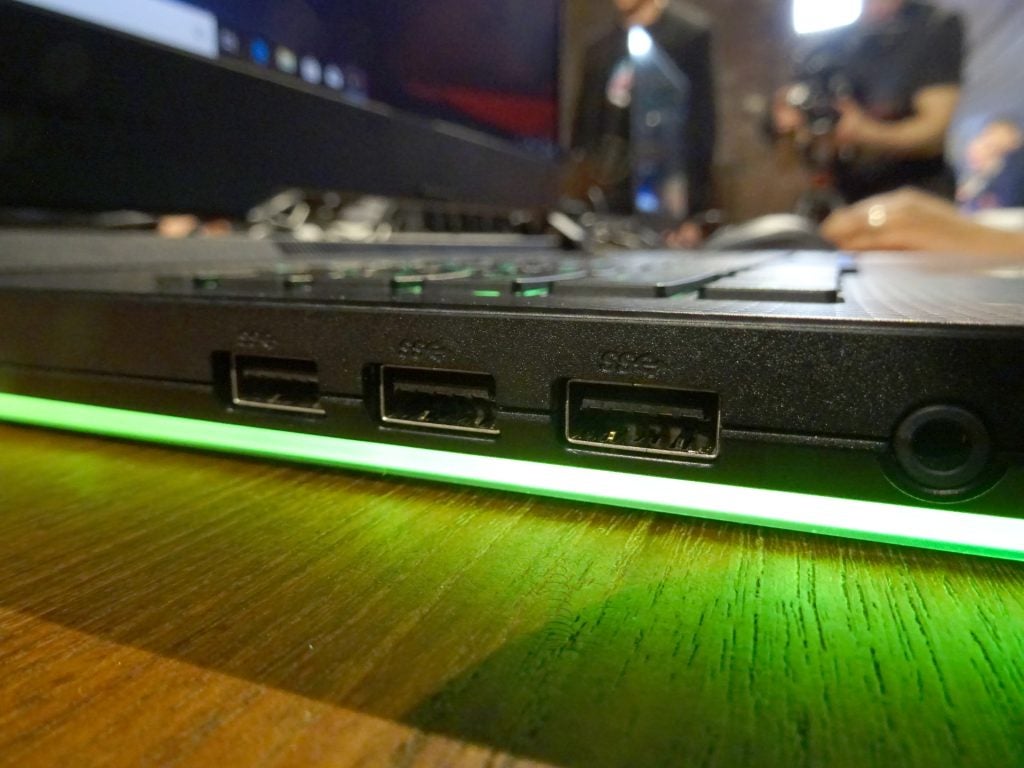 What is the Asus ROG Strix range?

Where the ROG Zephyrus laptops are svelte and unassuming in style, ROG Strix machines are brash and unsubtle. They’re very much gaming laptops, something that the angled black bodies and assortment of glowing RGB lights spell out loud and clear.

As with previous laptops in the Strix range, such as the Asus ROG Strix Hero II and Asus ROG Strix Scar II, the 3rd-gen of the Strix laptops features a glowing LED strip at the front, to complement the underkey RGB lighting and the glowing ROG logo on the back.

Fast refresh rates are the order of the day, and the latest Strix machines offer up to 240Hz. So, if you’re gaming at 60fps, 100fps or beyond, you’ll have a gaming laptop that can refresh its display quickly enough for you to be able to keep up with the action.

The 3rd-gen Strix range currently comprises the ROG Strix Hero 3, ROG Strix Scar 3 and ROG Strix G. Here’s what each offers and how they differ. 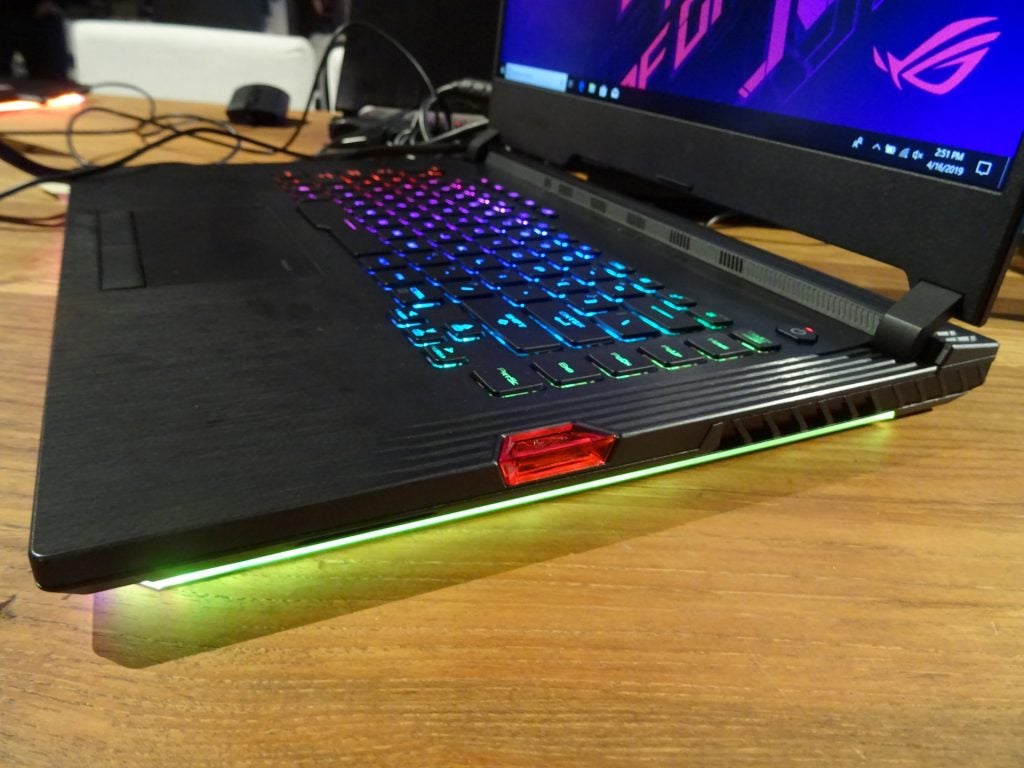 Hero laptops from the Strix range in the past have typically been aimed at MOBA gamers, while the Scars have been geared towards FPS fans. As such, keyboards have featured highlighted QWER and WASD keycaps. This is no longer the case: every keycap on the board is shot in the same black paint with translucent lettering, allowing the glorious RGB lights to shine through from underneath.

That’s a 325MHz boost up from the maximum base clock that Nvidia says you’ll get on a 2070 laptop, but whether that adds up to an appreciable difference in frame rates is another thing.

If that sounds like it’s going to run so hot it will burn a hole through your desk, then you should take note of twin 12V n-Blade fans and dust-resistant air pipes, designed to keep things running cool. Compared with previous generations of Strix laptops, the hinge has been repositioned so that more air is able to flow from the rear of the laptop.

The usual Silent, Turbo and Balanced modes that Asus features on its gaming machines are present and correct, so provided you have decent gaming headphones and understanding flatmates, you can whack on Turbo mode and let those fans roar away.

As is typical with gaming laptops, storage options are a mixture of SSD (M.2 NVMe PCIe 3.0) and SSHD, both up to 1TB. This means you get a best-of-both-worlds experience, with the SSD promising fast load times, and the spinning disc drive offering more durable long-term storage. 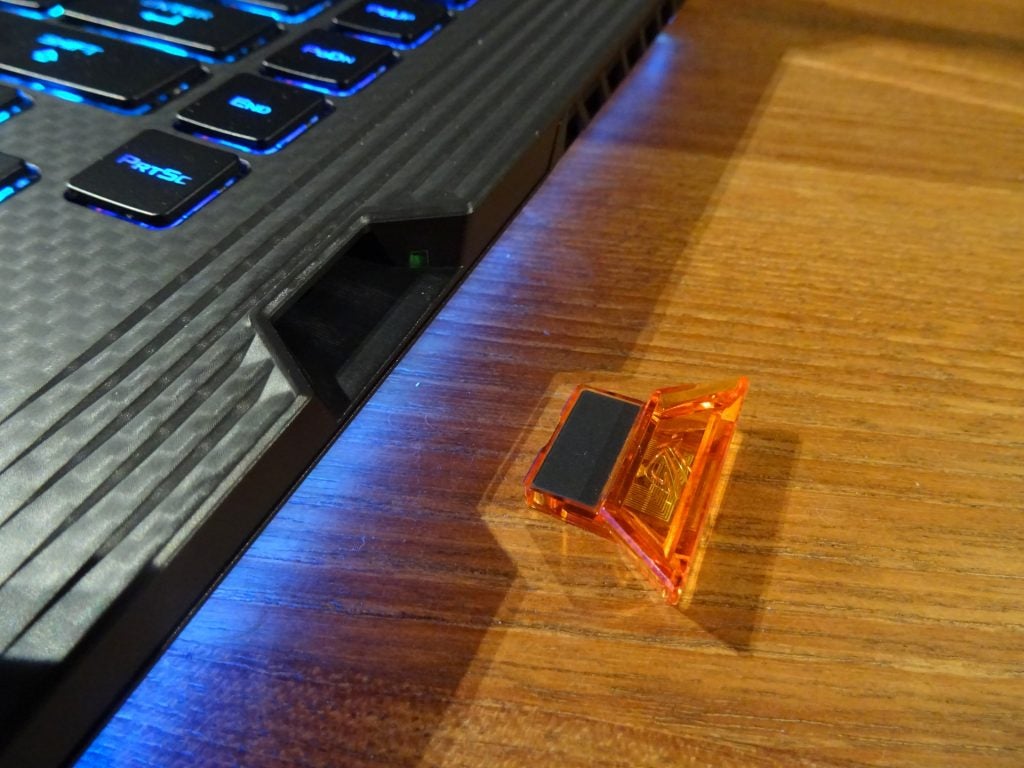 Finally, there’s Asus’ curious Keystone dongle. This is a new feature that will let you quickly launch Armoury Crate profiles and certain lighting settings, for example, and also unlock an encrypted partition on your hard drive(s). The latter is managed through Asus Shadow Drive, a feature with which Asus has dabbled before on desktops such as the ROG GT51CA. This is an intriguing feature, but one that Asus admits is very early days.

It could be useful in competitive scenarios, or anywhere where gamers are required to use the same machines – a quick tap of your Keystone NFC fob and the Strix laptop in front of you will be set up how you like it. It remains to be seen how useful it will be and if gamers take to it.

If you’ve got this far into the article then you might be wondering why the Asus ROG Strix Hero 3 and Scar 3 have been bundled together in one section.

Well, that’s because there’s really very little difference between the two laptops in terms of specifications. You get the same display and storage options, the same processor, the same amount of RAM, and same graphics processor.

The differences are cosmetic – Asus says that the Hero 3 features a “stealthy” text pattern on its deck, while the FPS-centric Scar 3 has a gunmetal grey finish with a carbon-weave effect on the deck, similar to a kevlar jacket. So now you know. Unlike the higher-end 3rd-gen Strix laptops, the Strix Gs are only available with displays supporting a maximum refresh rate of 144Hz.

That’s still excellent, and means you’ll be able to push games beyond the 60fps barrier and enjoy the benefits of gaming with a 20-series card; but it just can’t quite match the smoothness that a 240Hz panel would afford.

Again, the ROG Boost feature will see you able to easily overclock the RTX 2070 up to 1440MHz, a leap of 225MHz from the assumed max base clock – but a little under what’s promised with the Strix Hero 3 and Strix Scar 3.

More noticeable differences include the keyboard. Here, the WASD keys are translucent, which means they’re easier to locate in the dark. In addition, cooling zones on the board mean that the area surrounding these four keys benefits from targeting cooling, so in addition to the laptop performing a little better than it would – Asus says this system results in a 2ºC improvement on previous Strix laptops – your left hand won’t get uncomfortably warm.

Then there’s the absence of the Keystone NFC fob – although, oddly enough, Asus has added a trapezoid-shaped indentation on the chassis in the position the Keystone reader would be. 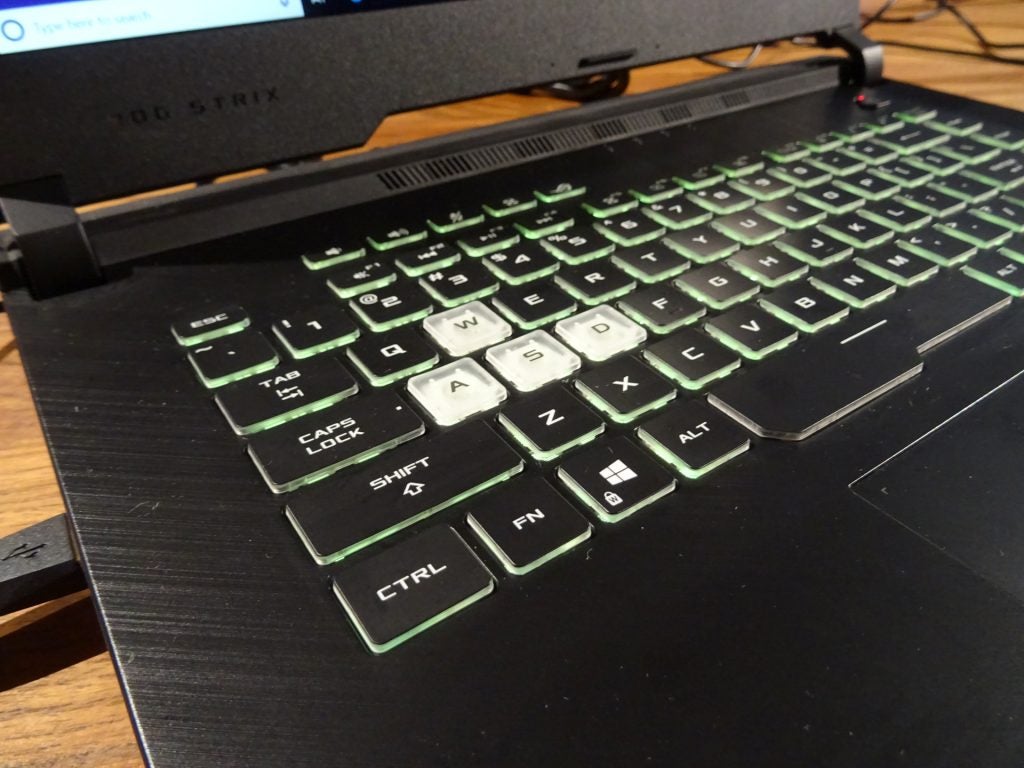 Note that full specifications for the new Strix range weren’t available at the time of writing – we’ll update this as soon as possible.

We’ll update this guide as and when review samples become available and we have the new ROG Strix Hero 3, Strix Scar 3 and Strix G in for testing.

Are you going to throw down for a Hero 3 or will you opt for the more wallet-friendly Strix G? Let us know on Twitter @TrustedReviews.