Asus has kickstarted 2020 with a bang by revealing a slew of new laptops including refreshes of its flagship devices.

While Asus isn’t technically part of CES 2020, the company is still present at Las Vegas and taking advantage of the tech hype by showing its most exciting gadgets of 2020.

Asus’ lifestyle laptop range is a diverse bunch and these changes only highlight differences and breadth of choice – from a 2-in-1 Chromebook to a dual-screen wonder. Check out below for all the latest Asus reveals. 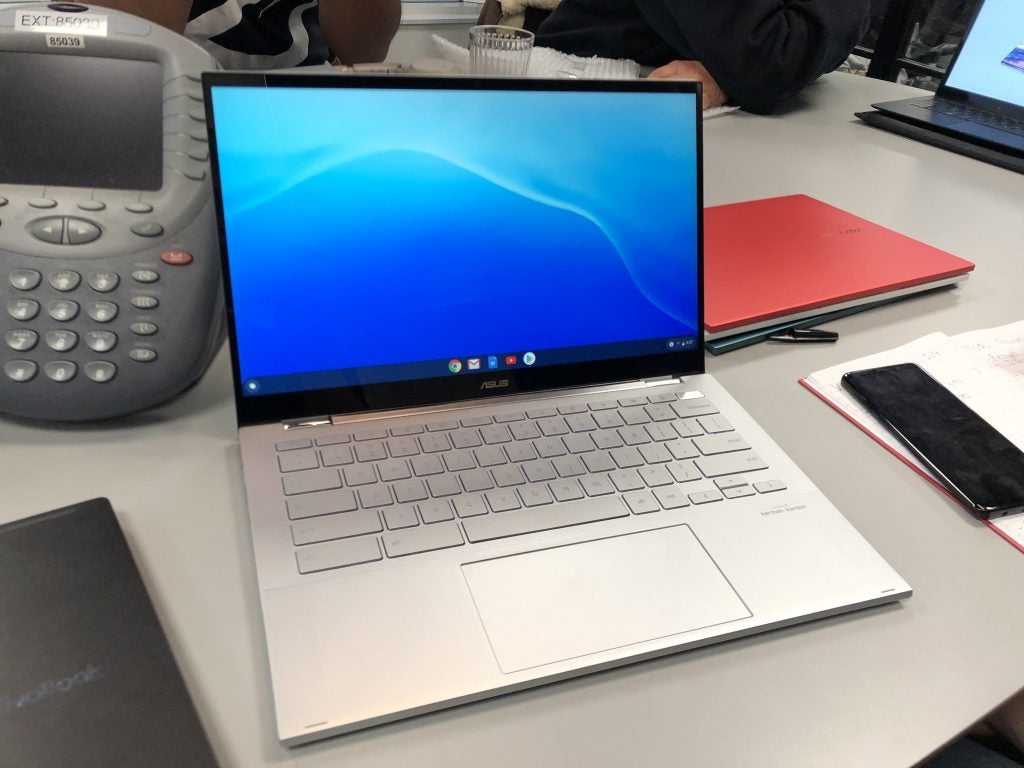 The new Chromebook Flip has been declared by Asus as the thinnest and lightest 14-inch Chromebook on the market.

However, the design doesn’t make it a slouch in terms of performance. Asus’ latest comes with up to a 10th Gen Intel Core i7 processor, new WiFi 6 as well as all-day battery life.

The new Chromebook Flip C436 will come to market in mid-March in the UK. We don’t yet have pricing for the new model.

The VivoBook S is a device that aims to combine design and performance. This latest model comes equipped with up to the 10th Gen Intel processors along the Nvidia Graphics.

Along with the latest Intel processors, the performance chops of the VivoBook S is rounded out with up to 16GB of RAM and WiFi 6.

Another exciting step forward for the VivoBook S is the addition of four new colours which Asus is calling Resolute Red, Gaia Green, Dreamy White and Indie Black.

We await pricing information for the new VivoBook S, which will be available from mid-March in the UK. 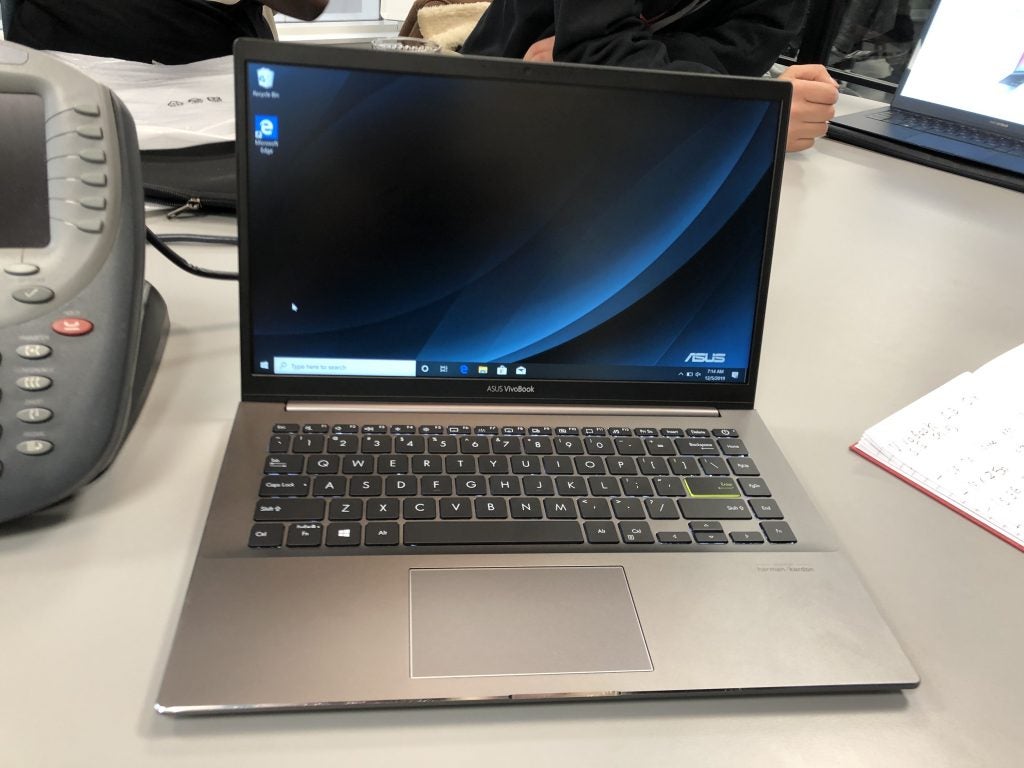 The new 14 and 15-inch versions of the Vivobook join the rest of the 2020 Asus line in offering Intel’s latest 10th Gen processors.

The VivoBook’s aim to stand out with their own distinct colours including Cobalt Blue, Dreamy White and Bespoke Black. Each model also has the added touch of an Enter key highlighted in yellow.

Like the VivoBook S, the Vivobook offers the option of an Nvidia GeForce GPU on-board as well as up to 16GB of RAM.

The VivoBook 15 features a 15.6-inch display and weighs in at 1.7kg. You can pick up this model with a dual-storage option, offering a PCIe SSD along with up to 2TB of HDD storage.

The VivoBook 14 offers a similar yet smaller experience than the 15-inch with little compromise. You can pick it up with the same processor and graphics card options while the storage tops out at a maximum of a 1TB SSD.

Pricing is not yet available for the two new models but they will be available in the UK during the third quarter of 2020. 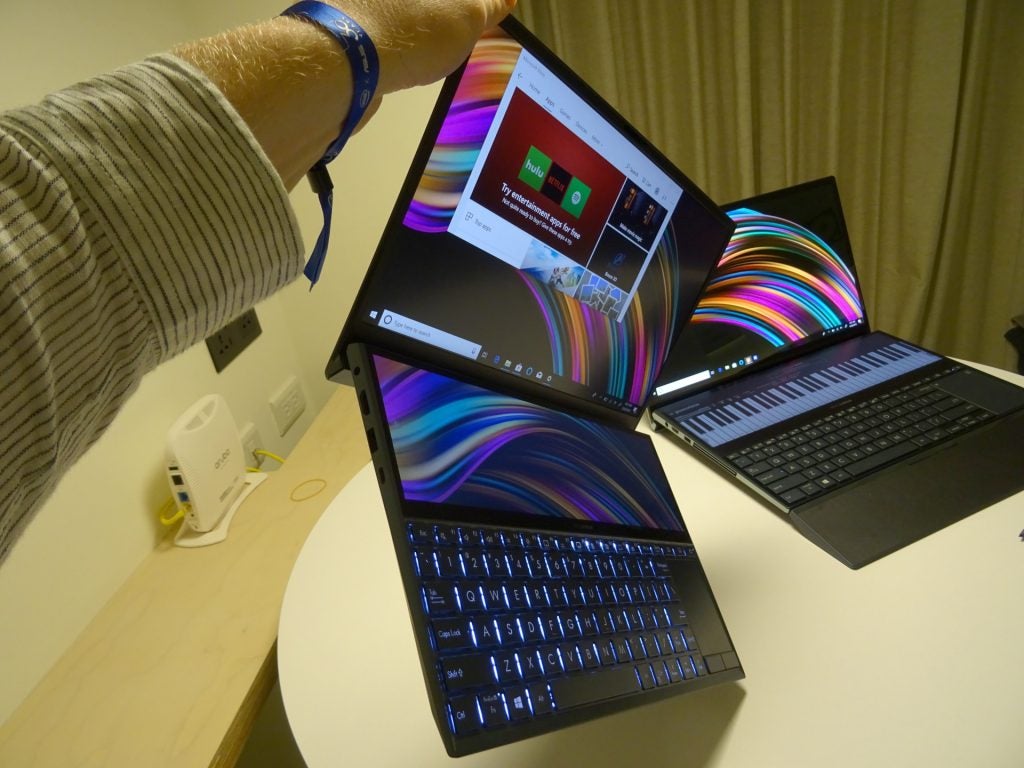 The Asus ZenBook Duo has taken the outlandish look of the ZenBook Pro Duo and turned it down a notch for 2020.

The new device weighs in at just over half the weight of its older sibling. The smaller machine has also had its display toned down from 4K to FHD, an Intel U-Series processor instead of an H-Series and a mobile GPU rather than the fully-fledged RTX 2060. The same goes for RAM which has a max of 16GB rather than 32GB.

All these compromises may not be a bad thing. Instead, they turn a concept PC into something with a bit less of a footprint and, likely, a more reasonable price tag.

The ZenBook Duo will be out in Q1 of this year.

Along with more consumer-focused devices, Asus has revealed a new business laptop. The laptop is a 14-inch device aimed at providing professionals with a high-performer that’s also durable and portable.

The ExpertBook B9 weighs just 870 grams and can last for up to 12 hours – making it a solid option for working on the go.

You can pick up a version with up to a 10th Gen Intel Core vPro i7 processors, up to 2TB PCIe 3.0 x4 SSD storage and up to 16GB of RAM – a performance behemoth.

The new device offers the latest in ports and connectivity too – including WiFi 6, two Thunderbolt 3 ports and HDMI.

Pricing is not yet available. The Asus ExpertBook B9 will be available from Q2 in the UK.