The Asus CES 2021 announcements have begun, as the computing manufacturer revealed a bunch of new gaming laptops with wacky designs and all-powerful specs.

The first Asus devices to be announced are part of the ROG gaming line-up. We’ve listed all the most noteworthy picks below, just in case you’re on the lookout for a new gaming laptop in 2021.

We’re sure there will be even more Asus products devices unveiled in the coming days, so keep this page bookmarked for all of the latest news. And for now, check out what’s already been announced at Asus CES 2021 below: 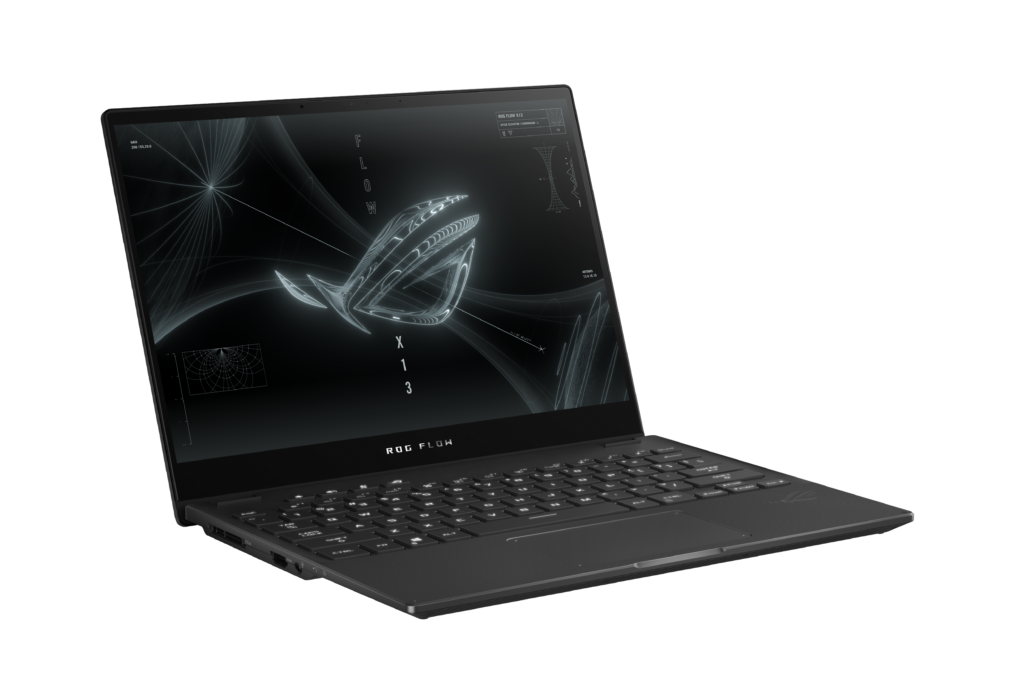 The most exciting device announced at Asus CES 2021 so far is indisputably the ROG Flow X13. On the surface, this looks like you’re average gaming ultrabook. It’s impressively light at just 1.3kg, but also features the unremarkable GTX 1650 GPU under the hood. However, the X13 is actually more versatile than it may seem.

The ROG Flow X13 has been designed to play nicely with a new 1kg external GPU from Asus, which features ‘next gen’ grunt from Nvidia. This means you’ll be able to plug the Flox X13 into the eGPU and elevate the performance to the same standard as a high-end gaming system. The X13 is also powered by next gen AMD Ryzen mobile processors, giving it a battery life of up to 11 hours.

You can choose between a 120Hz FHD display and a 4K touch screen. Both display types are Pantone Validated for colour accuracy and support adaptive sync. The 13-inch laptop also features a 2-in-1 design that folds back into a tablet to support content creation as well as gaming. 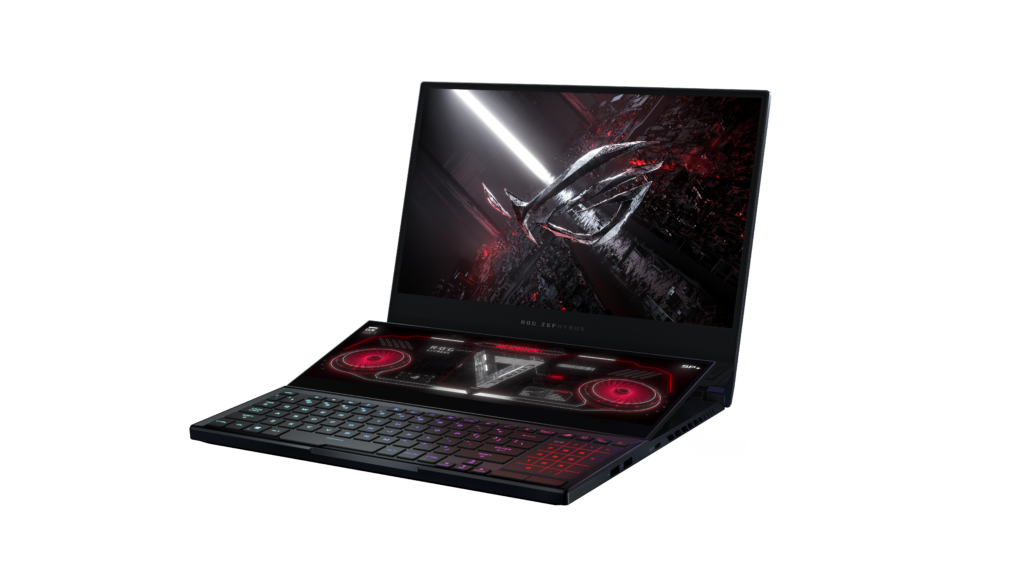 The new ROG Zephyrus Duo 15 might be the most eye-catching device from the new launch with its second display that extends from the keyboard. Of course, this isn’t the first time we’ve seen this feature, but the laptop does improve upon last year’s model with a handful of key updates including greater power and a more impressive display.

For the main display, users can choose between an up to a 4K panel with a refresh rate of 120Hz or a FHD panel with a 300Hz refresh rate. Both options are 15.6-inches and Pantone validated.

The second screen is a 14.09-inch IPS touch display with a 60Hz refresh rate and stylus support. The addition of a second display allows users to view additional information, access more game content, monitor your stream and more all while gaming.

The ROG Zephyrus Duo 15 is powered by the next-gen AMD Ryzen CPU and Nvidia GeForce RTX GPU. It packs a 90Whr battery and AI noise cancelling mics and improved speakers with Dolby Atmos for better spatial awareness while gaming. 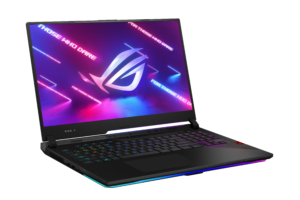 Asus has updated its ROG Strix Scar gaming line with an all-new design and updated display options. These include a choice between an up to QHD 165Hz display and a FHD display with a refresh rate of 300/360Hz. Both displays have a response time of 3ms, support adaptive sync and pack 100% DCI-P3 colours. The bezel has also been slimmed down for a larger, more immersive display ratio.

Other updates to the design include an improved RGB light bar, interchangeable thermal cover caps and colourful rubber pads to keep everything steady while you game. The trackpad has seen a 85% increase in size, while new optical mechanical keyboard allows for better reactivity and comfort, without the delay associated with a traditional mechanical keyboard.

The Strix Scar is powered by the next-gen AMD Mobile CPU with GeForce RTX graphics and up to 64GB of dual-channel memory. The ROG Strix Scar features four improved speakers with Dolby Atmos support and AI mic noise cancellation to keep things clear when gaming.

The battery has been given a boost too. The new device has a capacity of 90whr and supports fast charging to offer 50% battery in just 30 minutes.