The Aston Martin AM37 Powerboat, the company’s first sea-faring craft, has been delivered to its first customer. 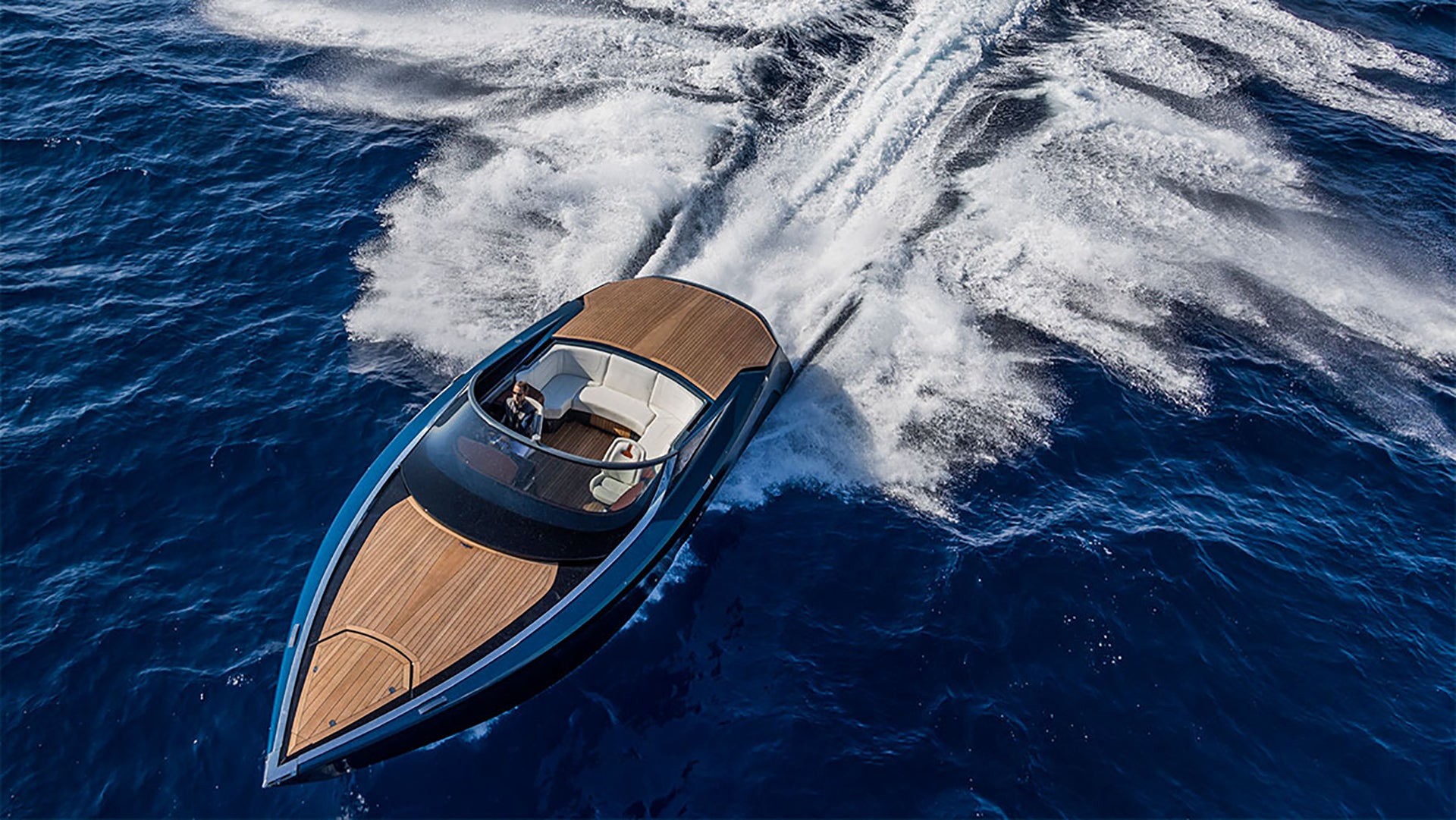 If you were hoping to buy an Aston Martin AM37 with your pocket money, you’re probably out of luck. Intended for oligarchs and oil barons, the AM37 starts at around £1.2 million, with a more powerful version available for an eye-watering £1.6 million.

But once you’ve cashed in, you’ll be safe in the knowledge that Aston Martin only plans to sell between eight and 12 of the boats per year, so you’re unlikely to bump into another owner – outside of the French Riviera, anyway.

2. It took two years for Aston Martin to design its first boat 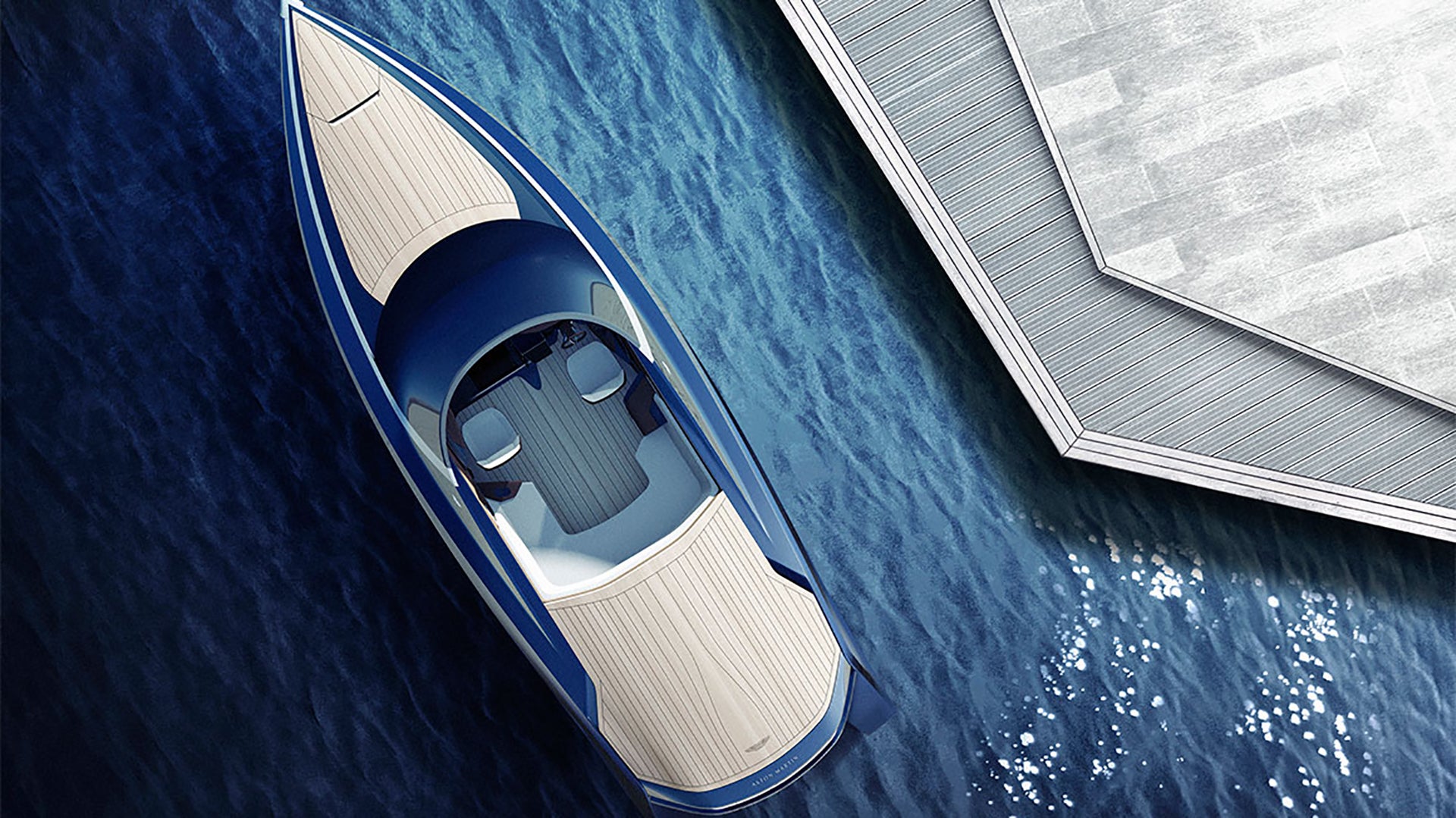 A dab hand at crafting automobiles, Aston Martin found new challenges in making the shift to seafaring crafts. That’s why it took around two years to research and develop the boat, which actually sounds like an impressively short amount of time.

To help speed things up, Aston Martin worked with naval architects at Mulder Design, and also partnered up with specialists at Quinetessence Yachts to boot. Still, it’s clearly got all the hallmarks of Aston Martin, as AM’s EVP Marek Reichman explains:

“AM37 is a pure translation of the Aston Martin DNA into an entirely new maritime concept. The powerboat reflects our values in terms of power, beauty and soul. The most important attribute for Aston Martin is the design language and proportion; we have transferred this DNA into AM37.” 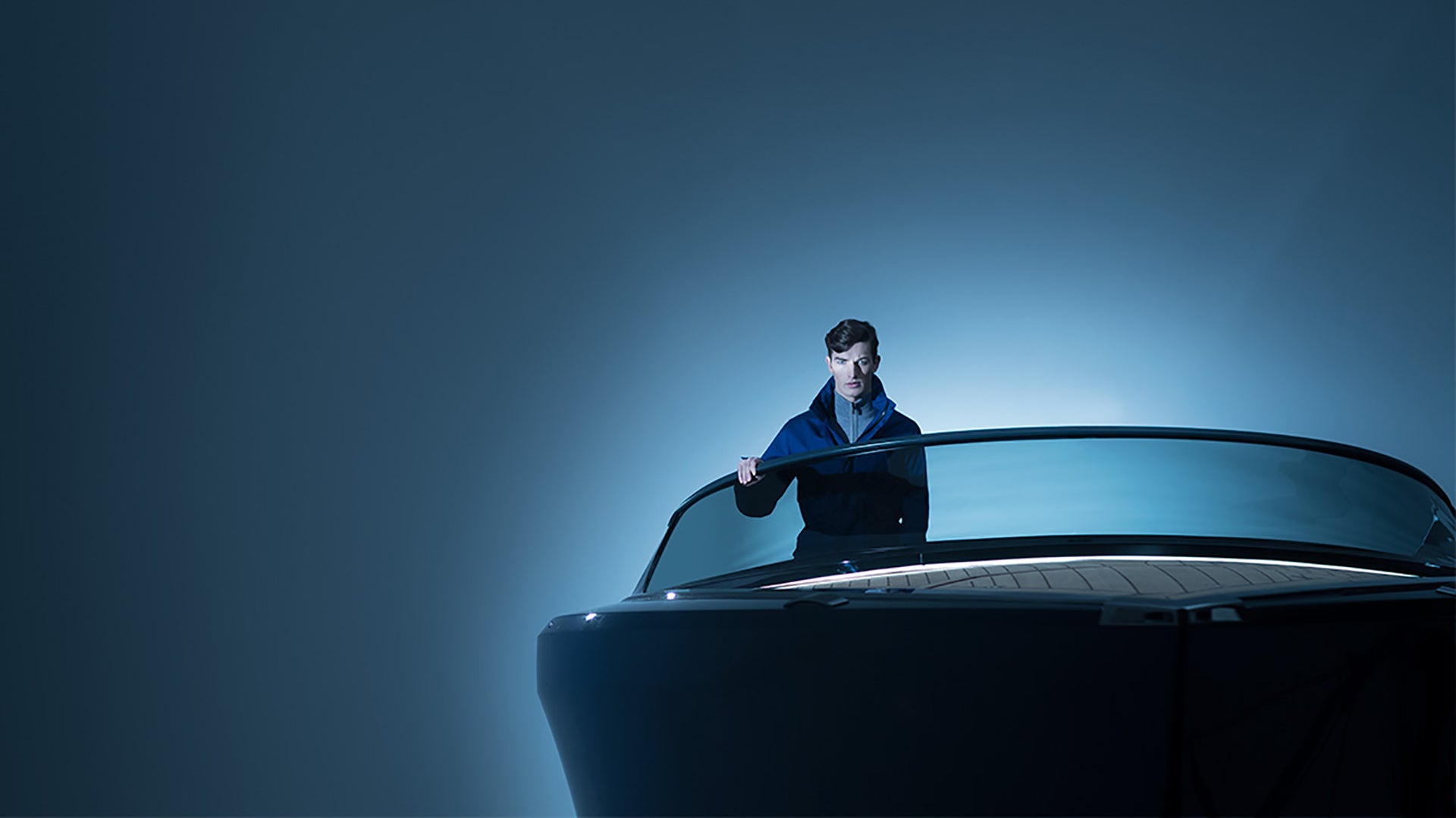 He continued: “It was important to us when considering this project to make sure that the boat design was as beautiful and timeless as our cars; the AM37 is a striking boat with fantastic proportion and elegance.”

The 37-foot Aston Martin AM37 comes in two core variants. The first ships with either twin 370hp diesel engines or twin 430-hp petrol engines – the result being a top-speed of 45 knots, or 52mph.

But the more expensive model – dubbed AM37S – will see your boat equipped with a twin 520-hp petrol engine for an even nippier top speed of 50 knots, or 58mph. 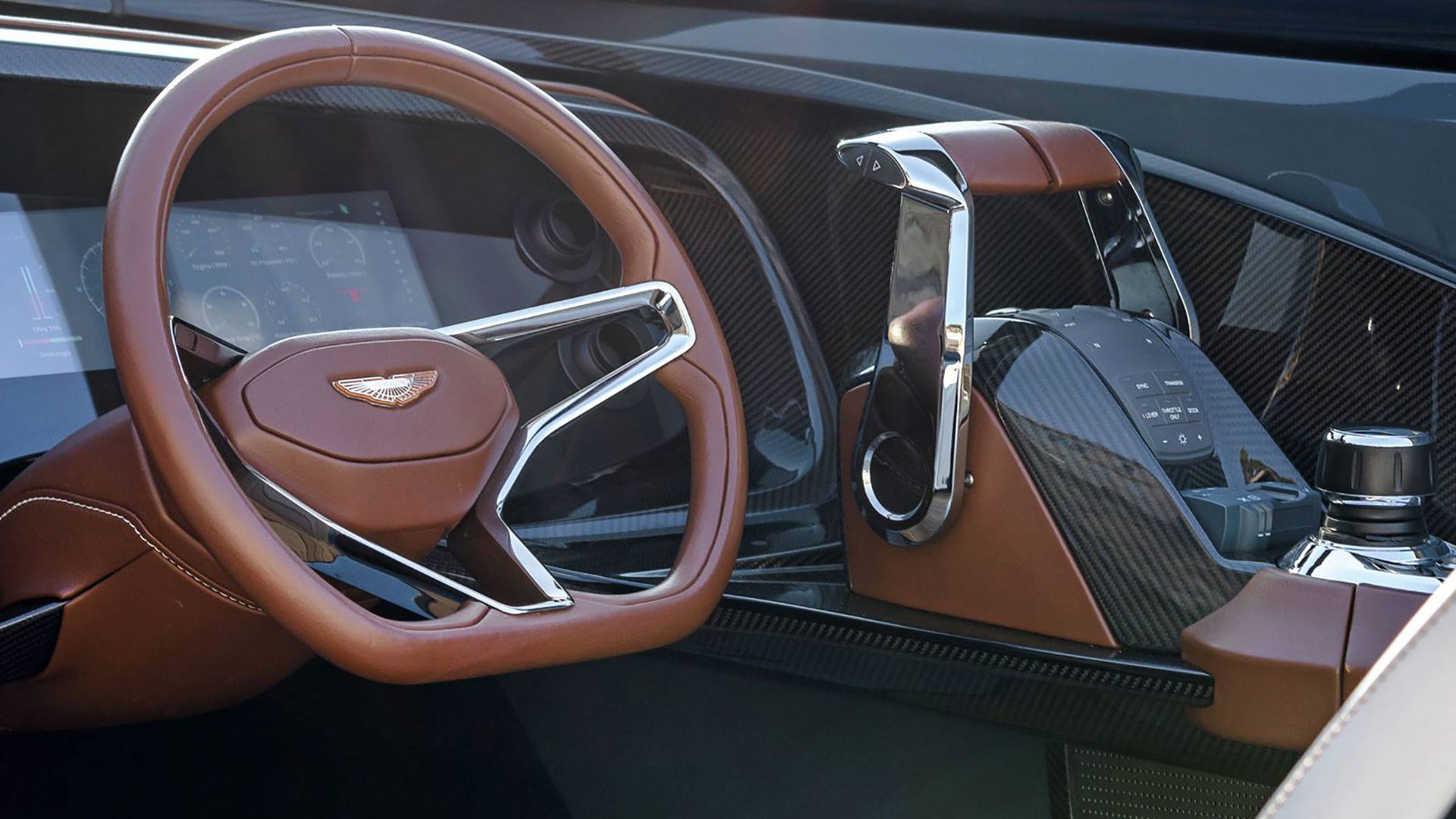 The luxury interior – equipped with a carbon fibre dashboard – features a sliding cover for the cockpit, and a 15-inch touchscreen that houses the controls. This infotainment system lets you control all aspects of the boat, including the electronic anchor, the sliding deck, and even the retraceable swim platform that extends from the back of the boat.

If that wasn’t enough, you also get a bathroom, refrigerator, microwave and coffee machine on board, as well as a fully operational air-conditioning system. Perfect for bayside lounging in summery Cannes, right?

Here are some more snaps: 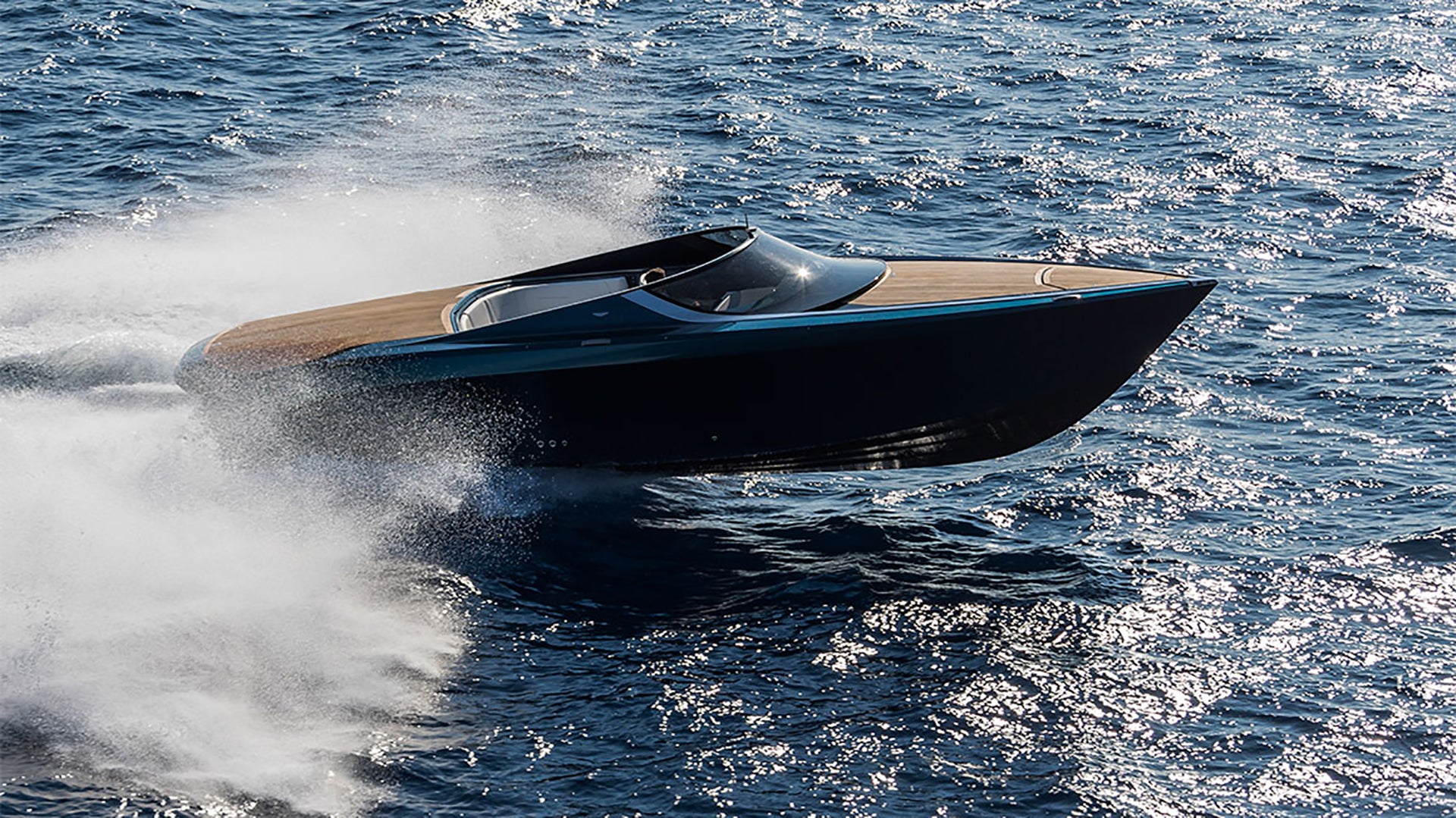 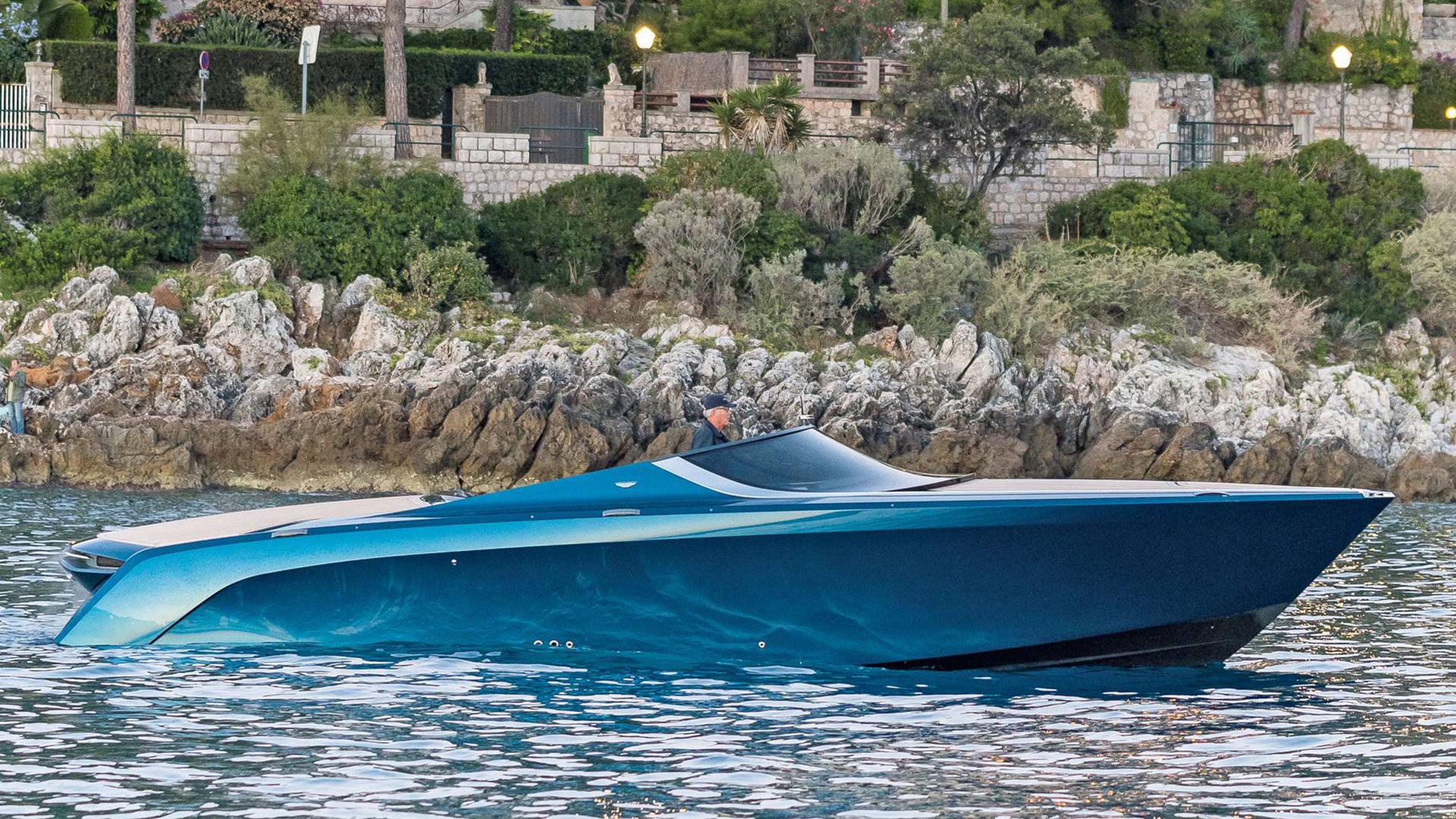 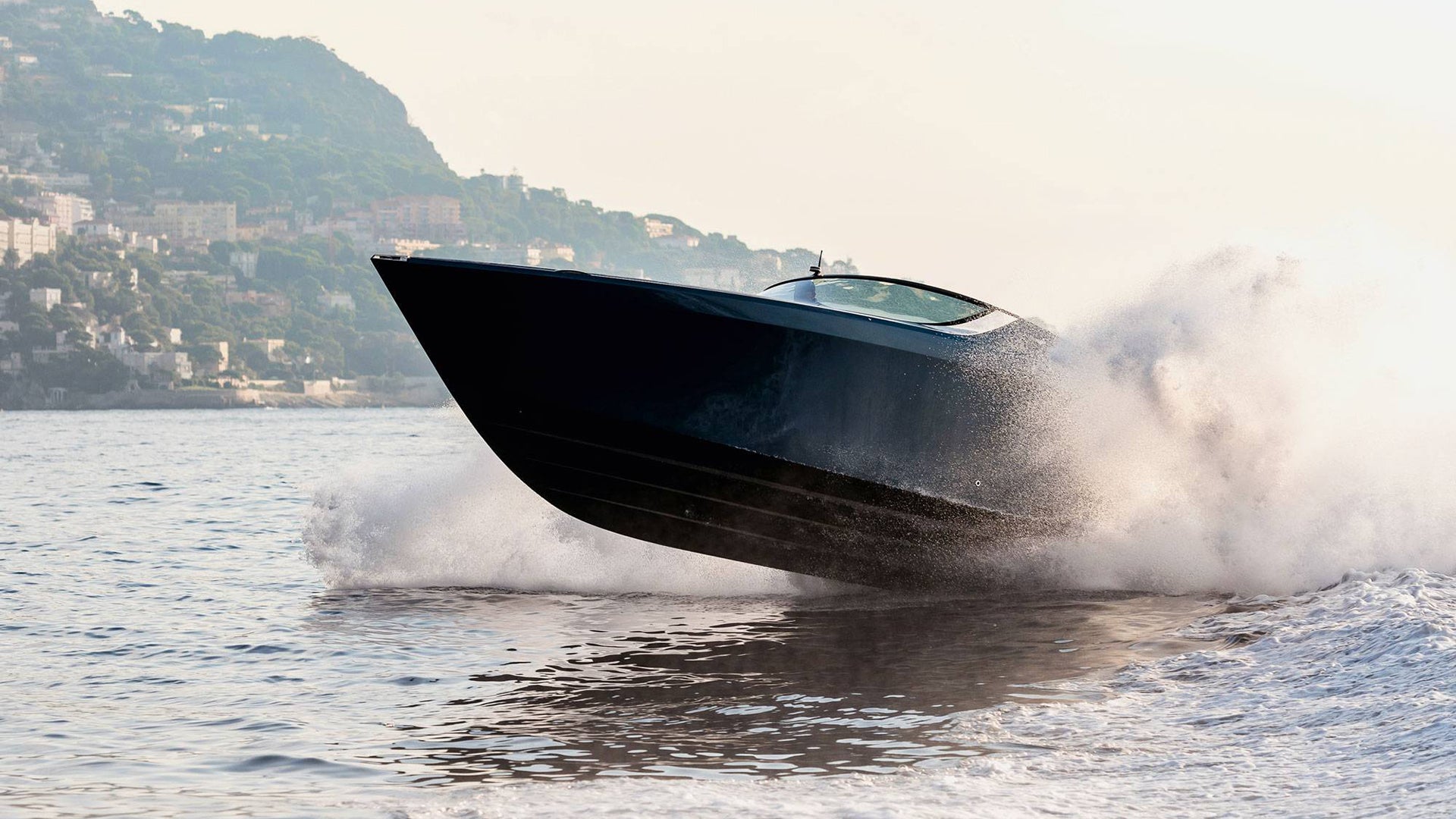 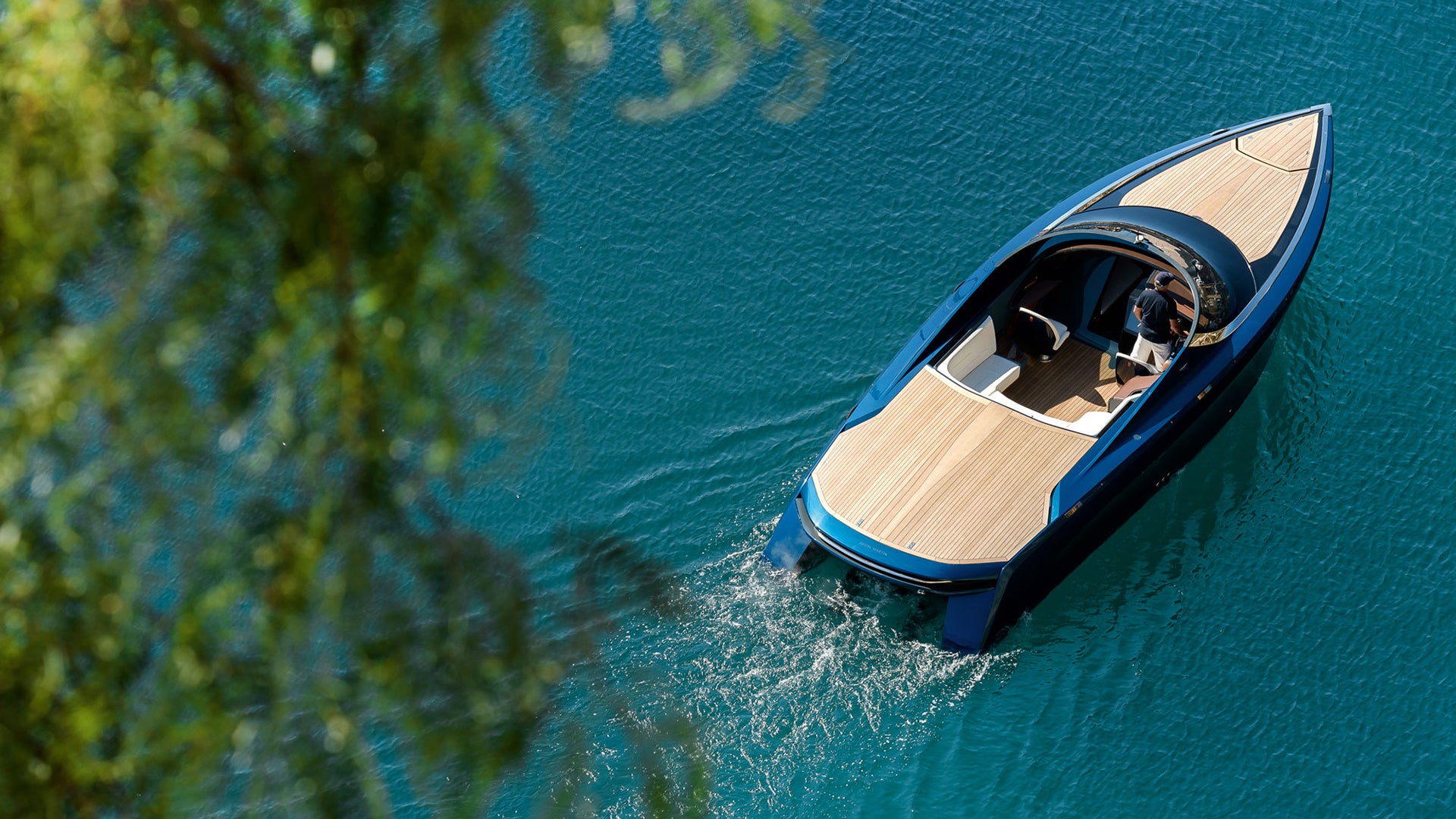