If you’re more of a Tim Burton fan than a Christopher Nolan loyalist then today’s news from Rocksteady Studios is sure to please.

The developer behind Batman: Arkham Knight has revealed next month’s wave of DLC will allow gamers to don the Michael Keaton Batsuit from the original 1989 movie. The fun doesn’t end there, however, since they’ll also get the opportunity to drive around in Burton’s interpretation of the Batmobile.

The perk for season-pass holders is part of a six-character skin pack for console gamers, which includes a number of characters from the movies and comics, as well as some new audio tracks.

“, as well as two tracks inspired by the film’s sequel,” the press release states (via Polygon). 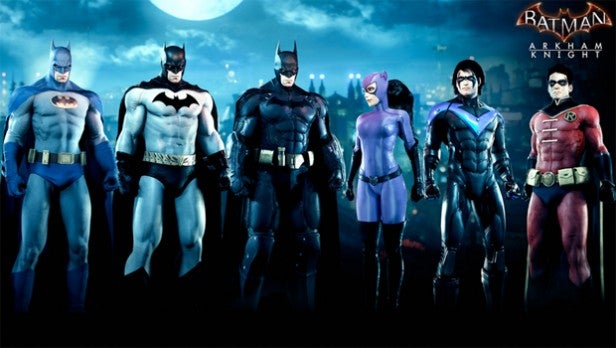 The pack is the latest release from Rocksteady, which has already rolled out a version of Batman rocking the Adam West threads for early Arkham Knight adopters.

Are these added bonuses worth the season pass? Share your thoughts below.