Apple’s developer conference, WWDC, may not have the wow factor of an iPhone launch, but it always gives us key hints about what to expect from the company over the coming months.

This year looks to be no exception with Apple being expected to unveil fresh details about key things like iOS 13‘s features, its plans for Apple TV Plus and updates to its core MacBook line. But with so many rumors circulating about what Apple has in store for us at WWDC 2019, knowing what is actually likely can be a little tricky. Here to help we’ve gathered everything you need to know about WWDC 2019 into one easy to read guide.

WWDC 2019 is scheduled to kick off on Monday, June 3. The event will take place at the McEnery Convention Center in San Jose, California and will close on June 7.

The main keynote will be live streamed on Apple’s site on June 3 at 10.00 Pacific Time. You can see a more in-depth WWDC schedule online now.

Outside of the main keynote where the majority of the conference’s announcements will happen it includes ‘Get-Togethers’, where Apple rounds up like-minded developer communities for discussions plus cryptically titled ‘Sessions’, and ‘Labs’.

These sessions aren’t public and instead give developers a chance to troubleshoot problems with code or challenges their apps might face in specific markets. Microsoft runs similarly mysterious developer sessions at its Build conference each year. 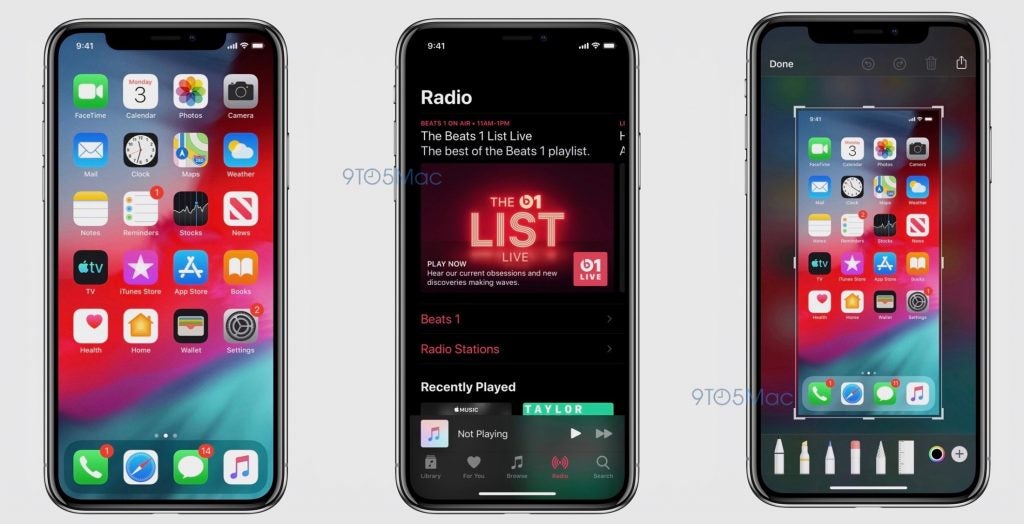 Apple usually uses WWDC as the launch point for the newest version of its MacOS laptop and desktop operating system. This trend will almost certainly continue at WWDC 2019, where the company is expected to reveal fresh details about MacOS 10.15’s new features.

The biggest feature reportedly coming to the next version of macOS is support for iPad apps. Developers should be easily able to make their iPad apps work comfortably on MacBooks and iMacs, however, it’ll still need to be a separate version of the app. This move would make sense as Google’s been making similar moves to let Android apps work on its desktop Chrome OS.

Apple Arcade and Apple TV Plus

This would make sense given the company’s recent expansion into content creation and video streaming, with Apple TV Plus. Apple’s Netflix rival Apple TV Plus was unveiled at a dedicated event in March. It appeared alongside a new all-you-eat gaming service for iOS called Apple Arcade. While both services were detailed, neither was given a firm release date aside from them arriving later in the year.

Apple could use WWDC to give us an update on both the services or possibly even offer a concrete release date for them. We’d also like to hear more details on Apple News Plus and when it might be coming to the UK.

iOS 13 for iPhones, iPads and the iPod Touch

Continuing the mobile theme we’re also expecting a load of fresh details about Apple’s new iOS 13 mobile operating system. The updated version has all but been confirmed to be making an appearance at this year’s developer conference and, thanks to a bevvy of leaks, including screenshots and possible features, we’ve already outlined the basics of what iOS 13 will be bringing to the table later this year.

The main focus of the update seems to be expanding the iOS experience on iPad, with second-screen functionality made possible when paired to your Mac is one of the biggest new additions.

iOS 13 is also expected to introduce a dark mode, which will be accessible from Control Centre, improved Screen Time capabilities with parental controls, an improved take on Find My iPhone and Find My Friends called ‘GreenTorch’, plus much more.

As well as adding new features to existing devices, iOS 13 won’t come to all of Apple’s line-up. The iPhone 5S, SE, 6 and 6 Plus, along with the iPad Mini 2 and iPad Air are all expected to miss out on iOS 13 altogether.

Apple’s latest software for its popular Apple Watch 4 wearable will also likely see a debut at WWDC 2019, continuing the trend from the past few years.

Mark Gurman (reporting for Bloomberg) once again has the scoop on what features we might end seeing in watchOS 6. These include an App Store built directly into the watch for browsing and downloading, along with a new Voice Memos app.

Gurman also expects Apple Books to finally arrive on the Apple Watch, likely for listening to audiobooks rather than actually digging into a novel.

Expect to see more watch faces too, including a redesigned solar face and extra complications for controlling audiobooks.

WWDC isn’t typically a hardware showcase, with Apple tending to use it to highlight software. Still, there’s always the chance we could see a couple of new products announced alongside updates to iOS and watchOS.

Apple has previously said it is building an updated Mac Pro, so we could see this announced officially or teased further, plus there have been rumours for years that Apple is building another display. With AMD having unveiled Ryzen 3 and Intel its 10th Gen CPUs we’re also expecting Apple to announce refreshes to its MacBook and iMac product lines. This would make sense as numerous rumours suggest it is working on a new 16-inch MacBook Pro. This would be a completely new laptop size for Apple, however it looks like we won’t see this until next year.

Don’t expect to see the iPhone 11 announced, nor any updates to the iPad Pros, as these have all happened fairly recently.