Apple Watch vs Galaxy Watch: Which wearable is better?

Apple and Samsung have been slugging it out in the wearable space for years. But for the most part Apple’s held a firm sales lead with its Watch line.

This year though Samsung’s come out all guns blazing. Make no mistake, Samsung’s latest attempt to dethrone the ruling king of wearables, the Galaxy Watch, is its most interesting to date. Here’s how the Galaxy Watch compares to the Apple Watch Series 3.

The Apple Watch 3 is without a doubt one of the prettiest wearables around, despite having a slightly old school square face. This is mainly because of clever design work by Apple doing things like adding a physical crown to make it easier to interact with Watch OS. 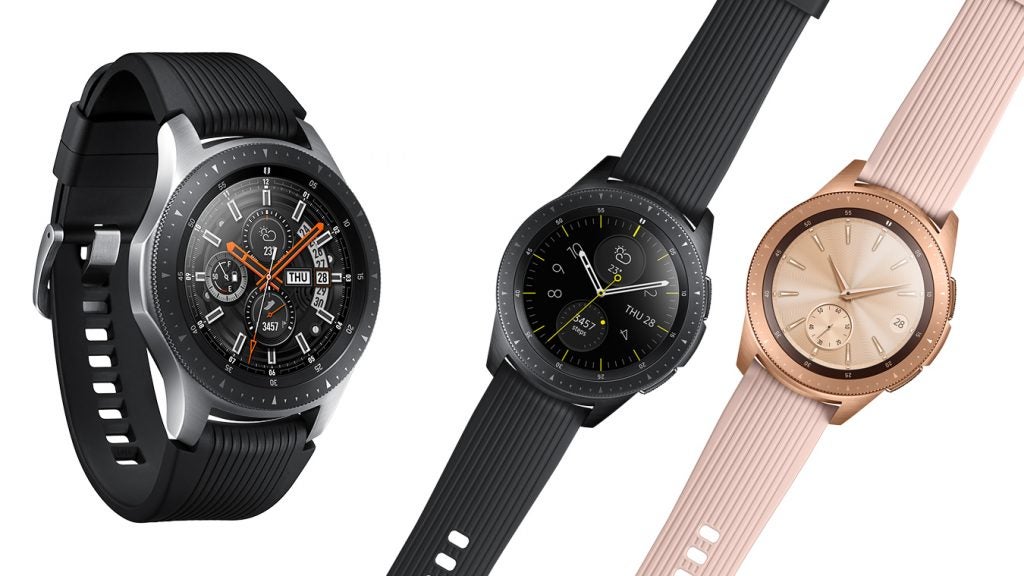 Which is why we were surprised quite how well the Galaxy Watch stacks up to it visually. For starters, it looks like an actual watch. The circular watch face has a traditional “military grade” metal finish and generous does of Corning DX+ Glass protecting the AMOLED display. The end result is a watch that looks outright gorgeous. The rotating bezel control should make navigating its Tizen OS a much more fluid experience as well.

From what little we know Samsung’s latest wearable matches the Apple Watch on most key features, which is an impressive achievement. When it launched the Apple Watch’s optional LTE and wealth of sensors, which include a heart rate sensor and GPS, made it one of a select few smartwatches that could compete with a dedicated fitness tracker, such as the Garmin Forerunner 645 Music. 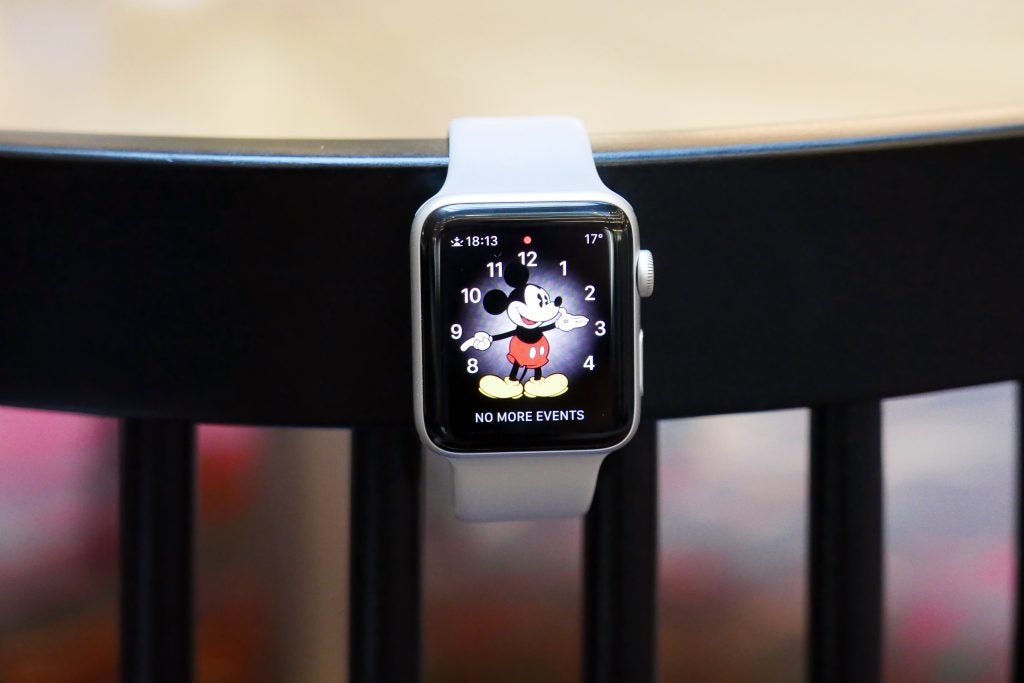 Which is why it’s no surprise Samsung’s cloned the Apple Watch’s feature set. The Galaxy Watch has optional LTE, and has been similarly waterproofed for swimming. Samsung’s also loaded it with a custom health app that syncs with compatible smartphones to track workouts and activities.

Adding to its allure, Samsung claims its watch will beat the Apple Watch in one key area: Battery life. The company quotes it as lasting “several days use” off a single charge. The LTE version of the Apple Watch struggled to make it past a day and a half’s use, so if there’s any truth to Samsung’s claim this could be a key differentiator.

Though we’d take these claims with a pinch of salt until we’ve had a chance to check the Galaxy Watch’s battery life with real world use.

The only thing we’re nervous about is the CPU. Past Samsung smartwatches, such as the Gear S3, have been fairly chuggy thanks to their use of older CPUs. Hopefully history won’t repeat itself with the Galaxy Watch.

The Apple Watch’s S3 CPU has traditionally performed significantly better than the competition. Even now it keeps things ticking along nicely and we’re yet to experience any serious performance issues on the Apple Watch.

We’re also a little nervous about its use of Tizen. Samsung’s own OS doesn’t have anywhere near the application offering of Apple’s WatchOS. This means the watch may not work as well with third-party, non Samsung services. Though until we get a chance to test the Galaxy Watch we can’t confirm this.

You can see how all of the Galaxy Watch’s specs compare to the Apple Watch in the table below.

Though the Apple Watch Series 3 isn’t exactly cheap either, with pricing for the most basic non-LTE version starting at a hefty £329.

The Galaxy Watch looks gorgeous, but until we get more information what’s under the hood and a chance to test it we can’t sensibly say if it’s better than the Apple Watch.

But, considering how good the Apple Watch Series 3 is it’ll have a tough battle ahead of it if it wants to dethrone its archrival as this year’s must have smartwatch.

Excited by about the Samsung Galaxy Watch? Let us know on Twitter @TrustedReviews